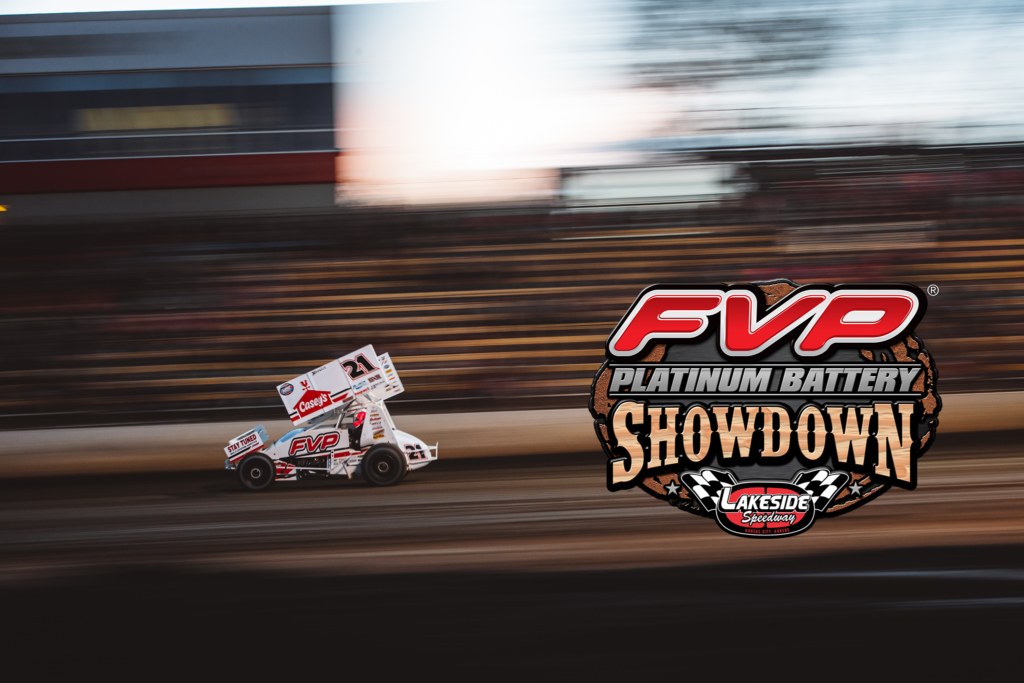 The 76th show in an 80-race championship chase for the World of Outlaws NOS Energy Drink Sprint Car Series guides the winged warriors to Kansas City, KS for the traditional fall date at Lakeside Speedway on Friday, October 22.

The FVP Platinum Battery Showdown marks a crucial standalone date for The Greatest Show on Dirt, as championship contenders Brad Sweet, David Gravel, and Carson Macedo continue to jockey for points ahead of the season-ending NGK/NTK World Finals on November 4-6.

Brown, of Grain Valley, MO, is the man who leads the charge for locals into Lakeside. He’s no stranger to success at the Kansas City 4/10-mile, earning one of his five-career World of Outlaws wins at the 2017 race aboard the FVP Parts, Casey’s General Stores #21.

Although not a full-timer, “Blackjack” or “Brownie” has made his presence known over the past decade with the Series. Along with modern-day greats like Schatz, Sweet & Gravel, Brown is one of four drivers to lead a lap during every single year over the last decade. He’ll try to lead all 30 when the Series returns to his home turf next month for the race sponsored by his premier partner.

“The people at FVP have been instrumental in not only supporting my career, but the entire sport,” Brown said. “I’m always proud to carry the FVP colors, and I can’t wait to try and win another Platinum Battery Showdown. I hope all of our local fans come out and pack Lakeside Speedway for this big race.”

Brown will be joined by Donny Schatz, who won two of his 302 career NOS Energy Drink Features at Lakeside. The Tony Stewart/Curb-Agajanian Racing #15 driver scored wins at the Kansas City oval in 2015 and 2019. Currently fourth in the standings, the Fargo, ND native is trying to catch Carson Macedo in a battle for third in the championship.

Also in the hunt is Brad Sweet, who continues to chase a third consecutive World of Outlaws championship. He and his Kasey Kahne Racing #49 crew found victory lane at Lakeside in 2016 when the October tradition in Kansas City was born. With another six races left until the FVP Platinum Battery Showdown, The Big Cat leads the standings bu +156 points and has cruised to a career-high 16 wins aboard the NAPA Auto Parts ride.

For Jason Johnson Racing, they’ll be competing only two hours away from their Rocky Mount, MO shop. The first-year pairing has been incredibly stout with driver Carson Macedo and crew chief Philip Dietz meshing well with nine wins together. They currently sit third in the standings and hope to repeat their 2020 win at Lakeside with Shane Stewart behind the wheel.

Another first-year pairing is David Gravel and Big Game Motorsports, who currently hold the second spot in the points. The Watertown, CT native has collected nine wins this year and isn’t out of reach from Sweet’s championship lead just yet.

If you can’t make it to the track, you can watch all remaining World of Outlaws events live on DIRTVision – either online or through the DIRTVision App.