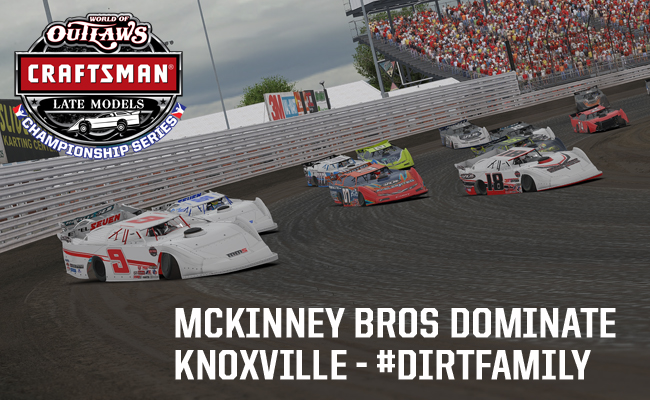 Speed and Luck Run in the Family

iRACING — July 2, 2108 — The fourth round of the World Of Outlaws Craftsman Late Model Championship Series paid a visit to the Sprint Car Capitol of the World. While being renowned for sprint car racing, the Late Model drivers were really excited about this upcoming race with several saying it could be one of the most exciting races of the season; and it didn’t disappoint.

The night began standard enough with names like Drew Herchko, Alex Bergeron, Howard Weaver, and Austen Semmelmann topping the qualifying charts. The heats were entertaining as the track slowly started to wear in.