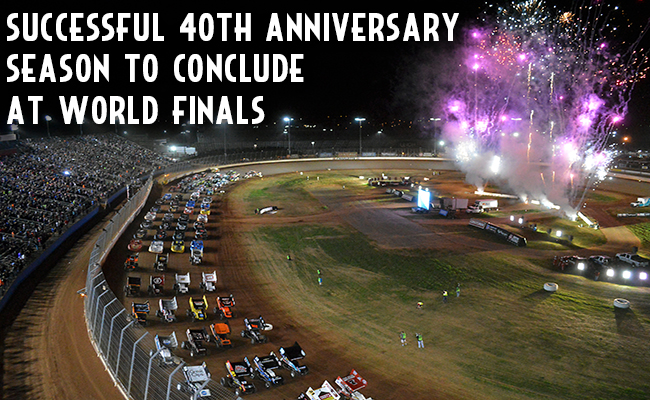 CONCORD, NC – September 25, 2018 – The World of Outlaws’ 40th Anniversary Season has been an excellent, yet emotionally trying, year-long journey across the country. The Greatest Show on Dirt has lived up to its name on and off the track during the 2018 season. On track, the enthralling side-by-side action on a nightly basis has been unparalleled, and dirt track racing as a whole is riding a large uptick in general popularity. Off the track, the Series has revolutionized the Sprint Car racing world with DIRTVision.com bringing every night of World of Outlaws action to fans, sponsors and families at an affordable monthly price. The 40th anniversary season has been remarkable and will culminate with a well-deserved crowning at one of the biggest motorsport events in the world, the World of Outlaws World Finals presented by Can-Am at The Dirt Track at Charlotte Motor Speedway, Thursday through Saturday, November 1-3.