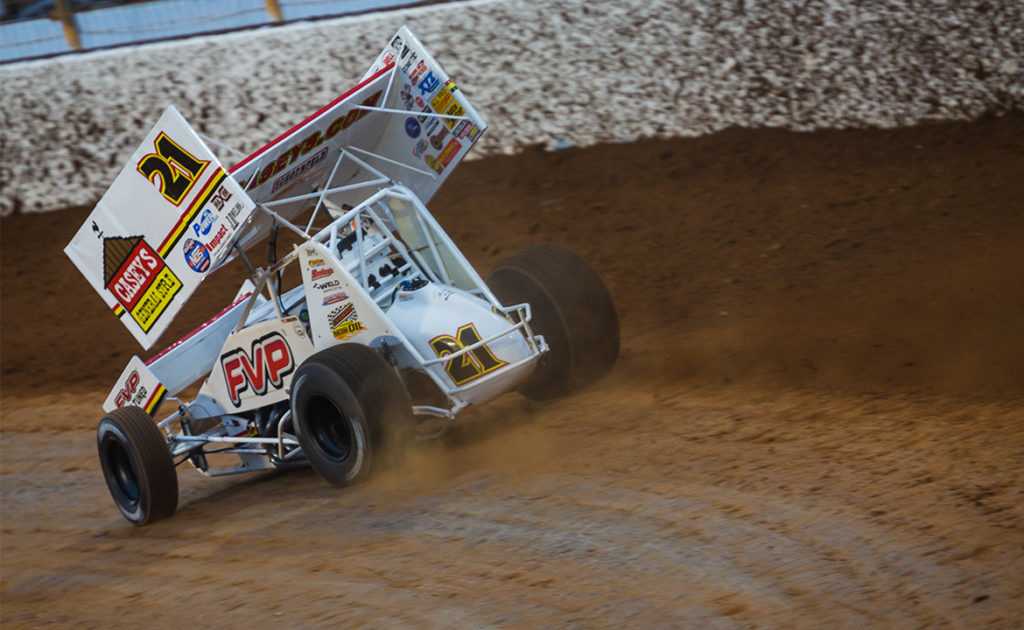 For the first time in almost 40 years, the World of Outlaws NOS Energy Drink Sprint Car Series on May 30 will return to I-70 Motorsports Park.

Race fans can now purchase tickets to the exciting Missouri Outlaw Showdown, which will see The Greatest Show on Dirt thrill fans at a new state-of-the-art facility.

The Series first visited the I-70 venue in the 1980s before the track was converted to an asphalt, hosting NASCAR sanctioned races. The track closed in 2008, but was recently purchased by Chris Payne, who revamped Heartland Motorsports Park in Kansas into a thriving racing facility.

Payne is turning the Odessa facility into a state-of-the-art motorsports park, which includes the new dirt oval and a dragway.

The new $10,000-to-win event will have fans at the edge of their seats with the winged warriors of the World of Outlaws battling to be the first to win at the new track.

Reigning champion Brad Sweet and his Kasey Kahne Racing team will be on the hunt to try and win back to back championships. He had a record year in 2019, winning 16 races, including the Kings Royal and his 50th career win.

Ten-time Series champion Donny Schatz is sure to be a threat, as he’ll be on a mission to return to his winning ways and claim his 11th title. He also enters the 2020 season only six wins away from his 300th career World of Outlaw victory.

There will also be a large local racing presence at the event with Missouri-based teams, such as Jason Johnson Racing, Mason Daniel Racing and Brian Brown Racing in attendance.

For Brian Brown, of Grain Valley, MO, it would be a hometown win. The track is only about 15 minutes away from his shop. He always dreamed of being able to race at the facility.

“I’m excited,” Brown said. “We don’t get to race close to home in front of our local sponsors too often. Any time we can we enjoy it. This one’s going to be the closest we’ve ever ran… We never thought this place, after it shut down, that it would even open back up. But fortunately, it has and excited to bring the World of Outlaws back to I-70.”

Tickets can be purchased by going to WorldofOutlaws.com/tix or by calling 844-DIRT-TIX.

If you can’t make it to the race, you can watch all of the action LIVE on DIRTVision.com.