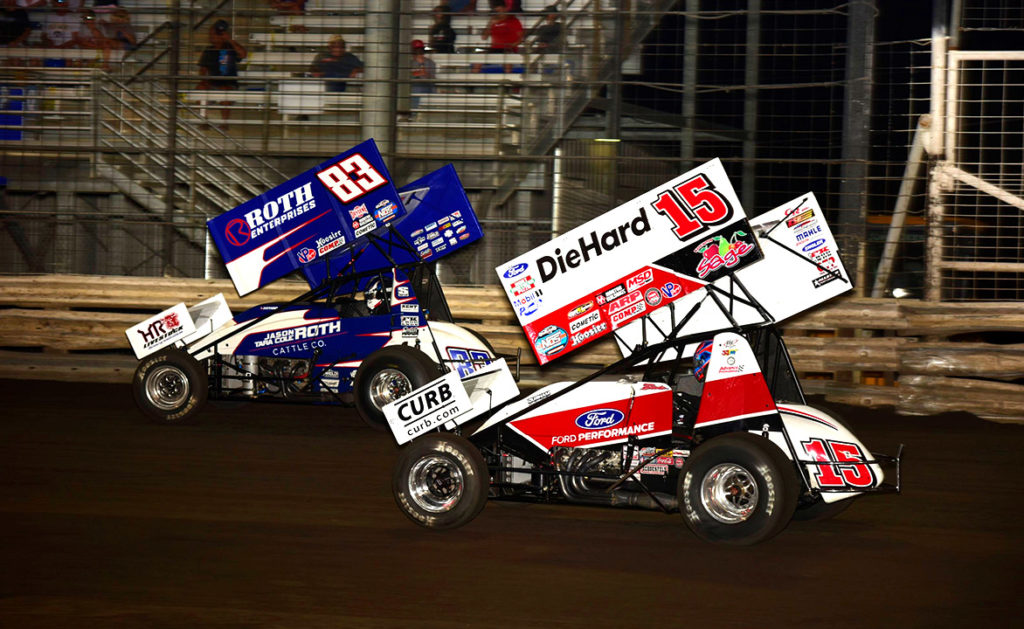 The World of Outlaws NOS Energy Drink Sprint Car Series will make its one and only visit to North Dakota this weekend as part of the Gerdau Northern Tour. The Greatest Show on Dirt will first make the trip to River Cities Speedway in Grand Forks, ND on Fri., Aug. 21 – with the NLRA Late Model Series joining them – and then on Sat., Aug. 22 the Series will return to Red River Valley Speedway in West Fargo, ND.

Donny Schatz, of Fargo, ND, has been the dominant driver at River Cities Speedway over the years, racking up 12 wins in 25 races. The 10-time Series champion won the August race last year and has visited Victory Lane in eight of the last 10 Outlaws races at the venue. Schatz has finished in the top-10 in all 25 of the previous main events contested by the series at the track in his home state, with 23 of those being top-five performances. He also doubled up last August, winning the companion NLRA feature event.

He’s been just as dominate at his home track Red River Valley Speedway, too. He won the last Series race there in 2018 and has three wins at the track in total.

A total of 10 drivers have won with the World of Outlaws NOS Sprint Car Series at the quarter-mile River Cities Speedway, dating back to 2007. Daryn Pittman, the 2013 series champion, along with David Gravel, current points leader Logan Schuchart and Kraig Kinser are all past winners at the track, who will be in attendance on August 21.

Of the full-time drivers on the 2020 World of Outlaws tour, Schatz and Pittman are the only two win a win at the 3/8-mile Red River Valley Speedway.

Brad Sweet, the defending series champion, is chasing his first win at both tracks.

Mason Daniel and Wayne Johnson are battling for the Kevin Gobrecht Rookie of the Year Award in 2020. Daniel currently holds a 10-point advantage in that race.

Tickets for the River Cities Speedway portion of the Gerdau Northern Tour on Friday, August 21, featuring the World of Outlaws NOS Energy Drink Sprint Car Series and NLRA Late Model Series and for the Red River Valley Speedway event can be purchased in advance online at slspromotions.ticketforce.com or by calling 815-344-2023 and at the track on race day.

WHAT TO WATCH FOR: World of Outlaws Ready for Demanding Doubleheader at Ironman 55