World of Outlaws Ready For #LetsRaceTwo at Eldora Speedway 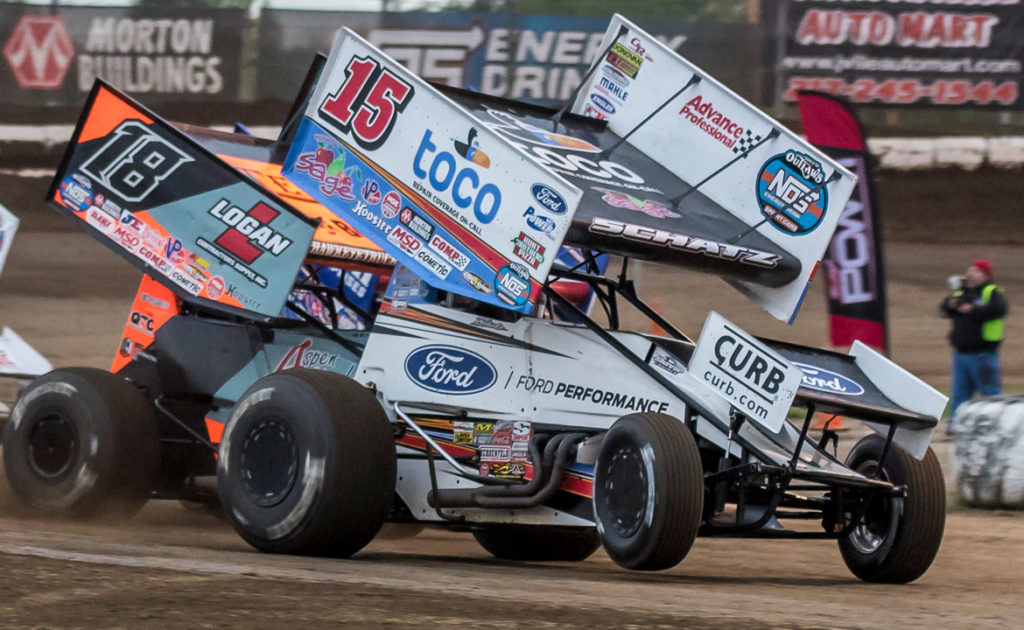 ROSSBURG, OH – Not a lap went by when there wasn’t a battle for the lead at the 2018 Eldora Speedway #LetsRaceTwo doubleheader and the World of Outlaw NOS® Energy Drink Sprint Car Series will return to the speedway May 10-11 to do it again.

The stars of the World of Outlaws will again battle competitive local racers and non-Series regulars, such as Christopher Bell, for two nights of heart-pounding action that give true meaning to The Greatest Show on Dirt. Eldora is also a track every driver wants to win at, as it’s been on the Series’ schedule since the inaugural 1978 season.

Tony Stewart Racing driver Donny Schatz swept both #LetsRaceTwo races at his owner’s track last year. But his competition didn’t make it easy on him.

Schatz found himself in a three-way battle for the lead during the first night of racing at Eldora with Aaron Reutzel and Ohio-native Jac Haudenschild. The start of the race saw Haudenschild jump to the early lead, while Schatz battled his way from third to second on the first lap.

The two veterans battled side by side for several laps. While they did, Reutzel, like a hungry cheetah, closed on them from third in a hurry. On Lap 10, he got a big enough run to pass Schatz down the backstretch and then Haudenschild in turns three and four to take the lead. His lead only last for a straightaway, though.

Haudenschild used the high side to his advantage and reclaimed the lead in turns one and two. But, again, Reutzel refused to back down. Reutzel had the better run off of turn two and charged to the lead.

He had the speed to pull away with the win, but jumped the cushion in turn one the next lap, hit the wall hard and flipped. Schatz squeezed his way through an airborne Reutzel and the wall to move his way into the lead.

Later in the race both Brad Sweet and Logan Schuchart made attempts to battle Schatz for the win, but didn’t have enough for the reigning champion.

Schuchart again challenged Schatz for the win on night two of the #LetsRaceTwo at Eldora. The two battled for the lead throughout the entire Feature, but Schuchart never had a strong enough run to get by Schatz.

This year’s #LetsRaceTwo is shaping up to be just as exciting as last year. Schatz has already found victory lane in Las Vegas and is in a tight battle for the points lead with Sweet. He is only eight points behind Sweet, and third-place Daryn Pittman is only sixteen points behind Sweet.

Schuchart has already had a strong start to the season winning two races in the first 13 events of the year. He and his Shark Racing team will be hungry for another win. Same as Ohio-native Sheldon Haudenschild, who is still looking for his first win this season. Christopher Bell, who won at Eldora in October, will also be in attendance, looking for his third Eldora win.

Event information for the race is available at www.WorldofOutlaws.com. If you can’t make it to the track, be sure to watch the race LIVE on DIRTVISION.com.

Following the Series’ visit to Eldora Speedway, The Greatest Show on Dirt will make its next stop Wednesday, May 15, at Lincoln Speedway in Abbottstown, Pa.