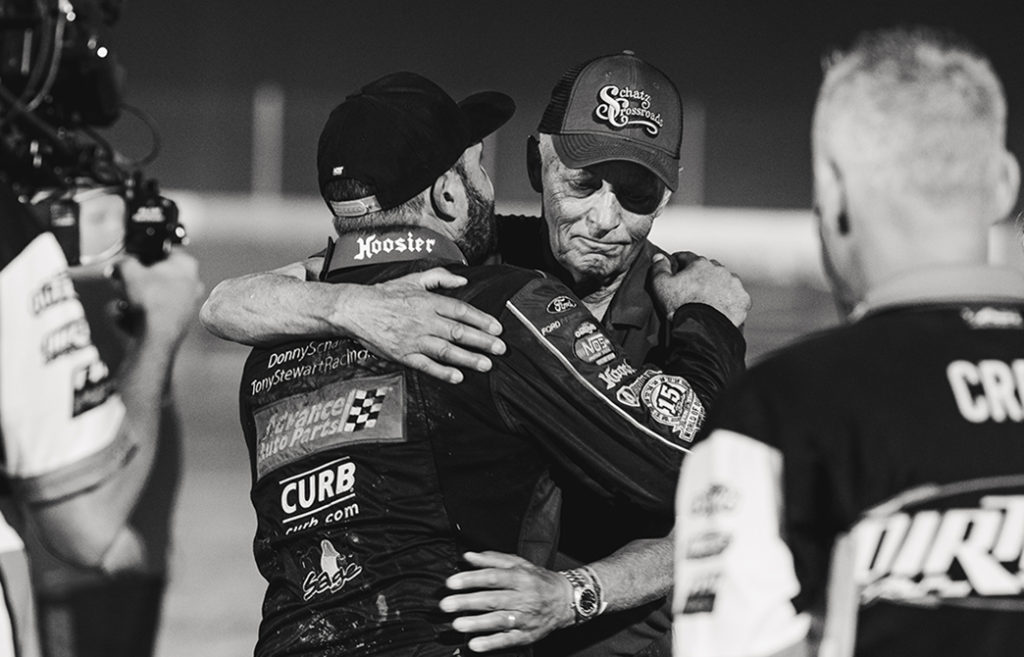 No matter who you talked to, the sentiment would be the same — no one’s like Danny Schatz, no one tougher. A devoted husband, loving father and successful entrepreneur, Danny raised and built Donny Schatz into the 10-time World of Outlaws NOS Energy Drink Sprint Car Series champion he is today.

On Monday, Danny Schatz passed away at 74 years old after a multi-year battle with pancreatic cancer since 2019. A fixture at World of Outlaws events across more than three decades, he leaves behind a unique legacy that was filled with quick wit.

“We’re deeply saddened by Danny’s passing,” said World of Outlaws CEO Brian Carter. “Danny has been a staple of the World of Outlaws for decades, not only as Donny Schatz’s father, but as an honored businessman and a friend. His personality was wholesome, and his wisdom was inspiring. You always knew what you were going to get from Danny — honesty. And you always knew you could rely on those words. He will be missed by all of us.”

Danny Schatz was a Sprint Car driver himself, racing regionally around North Dakota, Minnesota, Wisconsin and Ontario in the 1970s. But in the late ’70s he decided to hang up his helmet.

By age 25 Danny Schatz had a solid job as an electrician with a railroad company in North Dakota, but he wanted more. With his wife Diane by his side, they ventured into starting their own truck stop business — a successful one at that with Schatz Crossroads Truck Stop in Minot, ND.

Along with building a successful business, Danny was by Donny’s side every step of his Sprint Car career.

“There’s no way I could have gotten to this level or do this,” Schatz said in a 2019 interview about the support of his father.

Our collective thoughts are with the Schatz family in this difficult time.