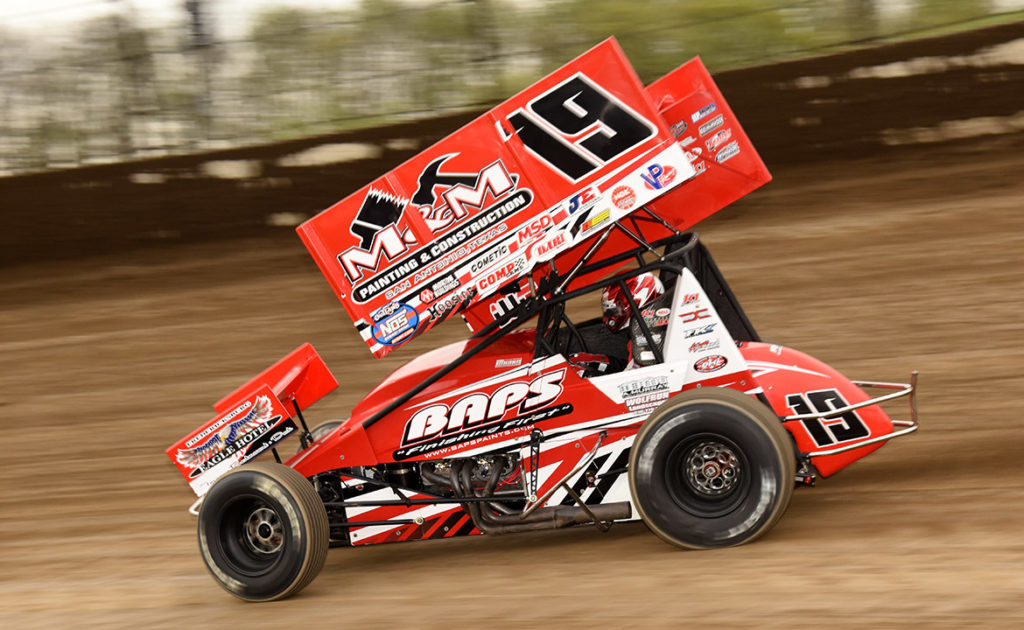 The World of Outlaws NOS Energy Drink Sprint Car Series will hit the track at Wilmot Raceway for the fourth straight year and seventh time overall on Saturday, July 13 for the Badger 40. Also in action will be the Wisconsin wingLESS Sprints and the IRA Lightning Sprints, making for an all-open wheel night of racing.
Brent Marks was victorious at Wilmot Raceway last year, which marked his first-ever World of Outlaws win. The Pennsylvania native did it dominant fashion, lapping all the way into the top-10, when the final checkered flag flew. Marks would go on to score two more wins over the course of the 2018 season.
David Gravel, who is in the midst of his first season driving the No. 41 machine for Jason Johnson Racing, won three straight at Wilmot, with those victories coming in 2014, 2016 and 2017.
Daryn Pittman, the 2013 World of Outlaws NOS Energy Drink Sprint Car Series champion, won at Wilmot Raceway in 2008, after nearly picking up a win in the inaugural Outlaws race at the track in 2006.
Wilmot Raceway is one of the few tracks on the schedule where 10-time and defending series champion Donny Schatz has never won at. The North Dakota native has finished in the top-10 in all six previous races for the Outlaws at the track and has a pair of runner-up finishes.
Brad Sweet is the current series point leader on the strength of a series-leading seven wins, along with 28 top-10 finishes. Schatz is second in points, 72 markers behind Sweet. Pittman is currently third in the standings, with Gravel fourth, just 12 markers behind him. Logan Schuchart, who has four wins on the tour this season, rounds out the current top-five.
Shane Stewart, who is in the midst of his first season driving for the CJB Motorsports team, is sixth in points, with rookie Carson Macedo in seventh, Ian Madsen in eighth, Sheldon Haudenschild in ninth and Marks in 10th. Kraig Kinser, Jason Sides and Jacob Allen are all just outside of the top-10.
A number of drivers who compete with the Bumper to Bumper IRA Outlaw Sprint Car Series will also be in action, including current point leader Bill Balog, who beat the World of Outlaws at Beaver Dam Raceway in 2016, is also tentatively scheduled to compete. Other IRA front-runners, who are expected are Scotty Thiel, who is second in IRA points, along with past series champion Jeremy Schultz, who is third in points.
Fan can save $5 on General Admission tickets when purchased at participating O’Reilly Auto Parts
locations.
Tickets for the Badger 40, featuring the World of Outlaws NOS Energy Drink Sprint Car Series at Wilmot Raceway on Saturday, July 13 can be purchased in advance online at https://slspromotions.ticketforce.com or by calling 815-344-2023 as well as at the track on race day.