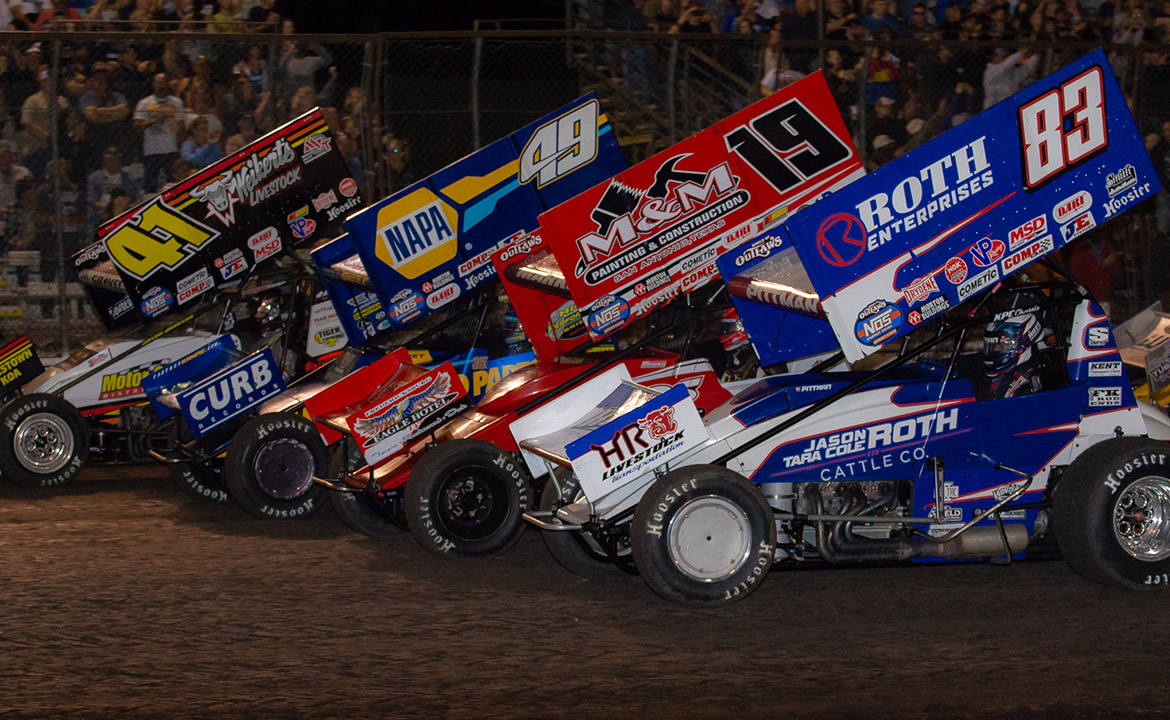 Jason Tucker
By World of Outlaws | October 11, 2019 at 2:08 pm
The World of Outlaws NOS Energy Drink Sprint Car Series will take to the track at Lakeside Speedway in Kansas City for the 10th consecutive year on Friday, Oct. 18 for the running of the FVP Platinum Battery Showdown. For the third consecutive season, the event will again coincide with the NASCAR weekend at Kansas Speedway, which is less than 10 miles from Lakeside Speedway.
Kasey Kahne, who retired from NASCAR following the 2018 season, will be at Lakeside Speedway, signing autographs from 4-5 p.m. on race day.
Last year, Daryn Pittman was victorious at Lakeside Speedway over 10-time series champion Donny Schatz and Sheldon Haudenschild. For Pittman, the 2013 Outlaws champion, it was his second-career win at Lakeside, but first since 2003. Pittman started on the pole and paced all 30 laps to score what was his ninth win of the season.
Brian Brown picked up a very popular win at Lakeside in 2017. Brown, who hails from nearby Grain Valley, Mo., held off Haudenschild and Schatz for that victory. Brown led early, before Kerry Madsen took control of the race, only to have a tire go flat, while holding nearly a nine-second lead. Brown inherited the lead at this point and went on to pick up the win.
Brad Sweet, who won at Lakeside for the first time in 2016, leads the series into action, as he chases his first Outlaws title. Sweet leads Schatz by just 30 points with six races remaining on the season. Schatz scored his first victory at Lakeside Speedway in 2015, while Madsen won at Lakeside Speedway in 2014.
David Gravel, who earned the biggest win of his career, at the Knoxville Nationals, back in August, is currently third in points and has nine wins in 2019. Pittman is locked in a tight battle for the fourth spot, with Logan Schuchart, who has picked up a career-high eight wins this season.
Carson Macedo, the leading Rookie contender this season, who has won four races, sits sixth in points. Shane Stewart is seventh in the current standings, with Ian Madsen, who has a pair of wins in eighth. Sheldon Haudenschild, who has won twice in 2019, is ninth points, with Brent Marks rounding out the top-10.
Also on the tour again this season are veteran drivers Kraig Kinser and Jason Sides as well as Jacob Allen from Pennsylvania.
Tickets for the FVP Platinum Battery Showdown, featuring the World of Outlaws NOS Energy Drink Sprint Car Series, along with Mod Lites at Lakeside Speedway in Kansas City on Friday, October 18 can be purchased in advance online at https://slspromotions.ticketforce.com or by calling 815-344-2023. Tickets can also be purchased at the track on race day.