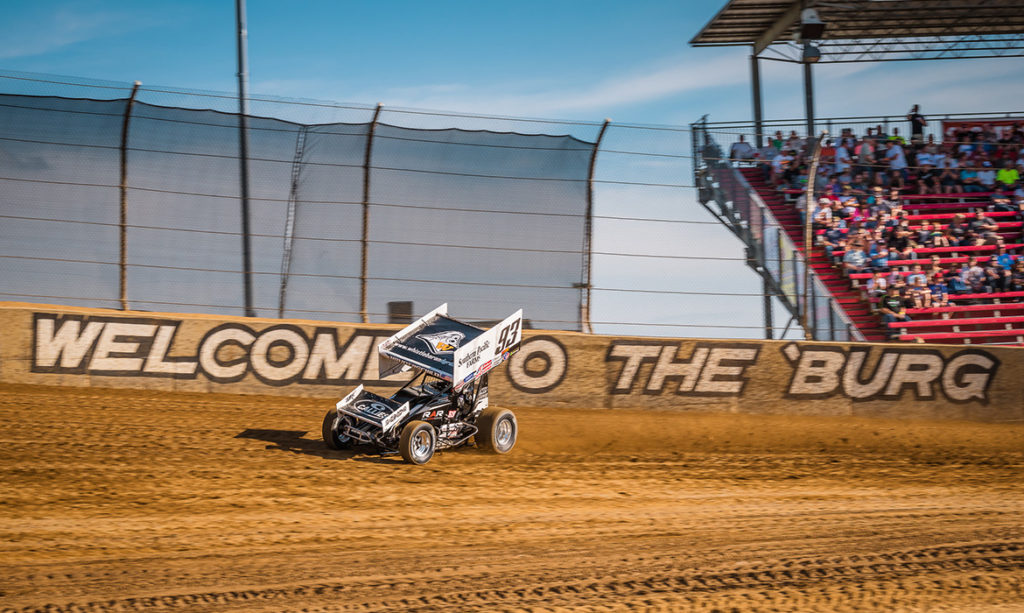 Memorial Day this year will be a time for fireworks, cookouts and racing. On Monday, May 27, the World of Outlaws NOS Energy Drink Sprint Car Series will return to Lawrenceburg Speedway for the Memorial Day Spectacular presented by KOI Auto Parts.

Fans were treated to a high-octane show at the 3/8-mile track last year and the stars of the Series are poised to again show race fans why the World of Outlaws is The Greatest Show on Dirt.

“I’m just looking forward to getting back there,” Sweet said. “Hopefully we can do it again.”

Sweet charged his way from eight-place on the competitive track, having to make his way around several battles between fast cars like Paul McMahan and Sheldon Haudenschild. While Schatz looked like he was poised to be in command of the race up front, Sweet’s No. 49 Kasey Kahne Racing car was hooked up and no one was stopping his run to the front.

It was his first win at the high-banked speedway. The only drivers to have won at the track more than once are Shane Stewart, McMahan and Schatz. Indiana-native Kraig Kinser will be in search of his first win at the speedway this year, as he and his Steve Kinser Racing team have been building momentum with strong finishes.

When the teams return to the Indiana track on Memorial Day, fireworks are sure to fly again for a show race fans won’t want to miss.

The main gate is scheduled to open at 4 p.m. with Hot Laps starting at 6 p.m. followed by racing at 7 p.m.

Following the Series’ return to Lawrenceburg Speedway, the World of Outlaws on Friday, May 31, and Saturday, June 1, will make history with the inaugural Music City Outlaw Nationals at Nashville Fairgrounds Speedway in Nashville, Tenn.