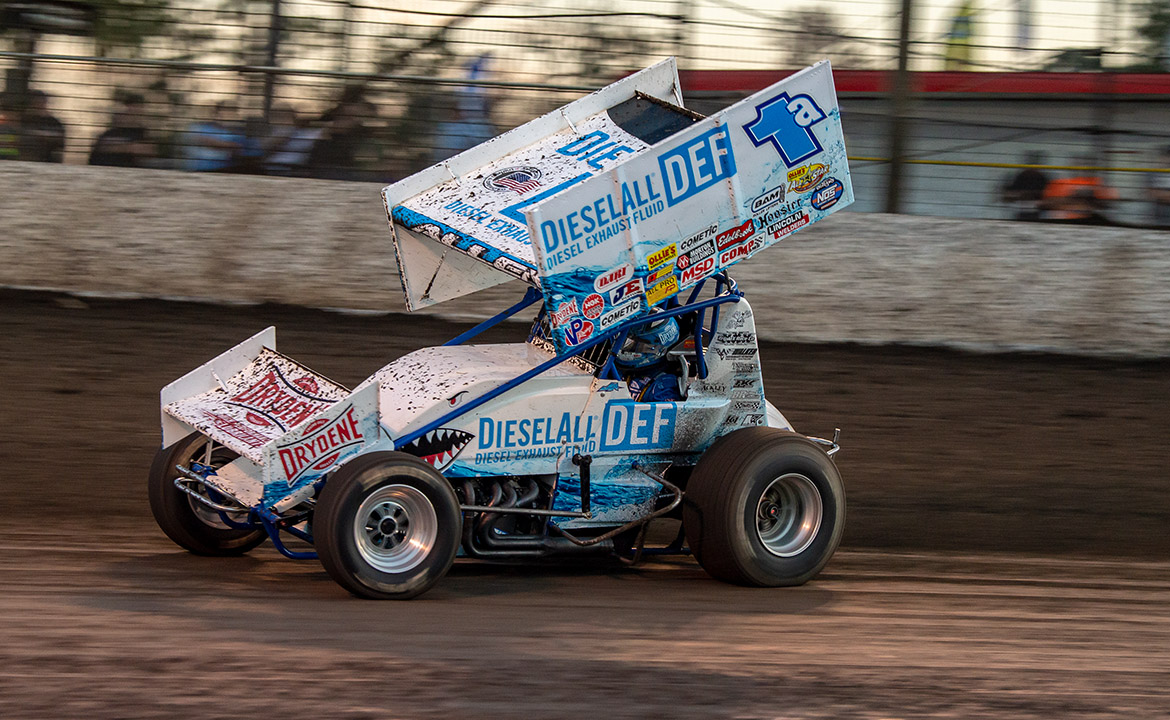 MECHANICSBURG, PA – The stars of the World of Outlaws NOS Energy Drink Sprint Car Series will be hungry for a victory at Williams Grove Speedway this year after being shut out of a win at the historic track in 2018.

The Series returns to Williams Grove Speedway – a track the Series has visited since its inaugural year in 1978 – on Friday, May 17, and Saturday, May 18, for the Morgan Cup.

In three thrilling shows last year that showed why the Series is The Greatest Show on Dirt, Pennsylvania-native Lance Dewease claimed two of the victories, while Giovanni Scelzi made history, claiming his first Series victory at the speedway at just 16 years old, becoming the youngest ever winner in the Series.

The closest a Series regular came to victory was second all three nights — the three to do so were David Gravel and Series champions Daryn Pittman and Donny Schatz. They’ll look to improve one spot better this year. However, the Pennsylvania Posse, which won three of the seven Pennsylvania shows last year will not make it easy.

Both have had a solid start to the 2019 season. Stewart has come close to a win several times this year with his new CJB Motorsports team. He currently sits seventh in points with eight top-10s in 13 races. Watertown, Conn.-native Gravel is also with a new team – Jason Johnson Racing – and has started the season with two wins. He is only the fourth driver this year to have more than one win – Brad Sweet, Daryn Pittman and Hanover, Pa.-native Logan Schuchart are the three others.

Schuchart and his Pennsylvania-based Shark Racing team are looking forward to heading home, and going to tracks he and his teammate, Jacob Allen both have a lot of experience at.

“It’s just a cool time to go back home for me and my team,” Schuchart said. “The majority of our team is from PA. So, everyone gets to go home and everyone likes going home.”

While Kevin Gobrecht Rookie of the Year contender Carson Macedo may be going to a lot of new tracks this year, the California native is familiar with the Pennsylvania speedway, having raced at it during his tenure with the All Star Circuit of Champions last year. That experience gives him confidence going into the Morgan Cup race weekend, he said.

It’s sure to be an exciting show you won’t want to miss.

Event information for the race is available at www.WorldofOutlaws.com. If you can’t make it to the track, be sure to watch the race LIVE on DIRTVISION.com.

Following the Series’ visit to Lincoln Speedway, The Greatest Show on Dirt will make its next stop Sunday, May 19, at Weedsport Speedway in Weedsport, NY.