WHAT TO WATCH FOR: World of Outlaws Prepare for Historic Weekend at Bristol 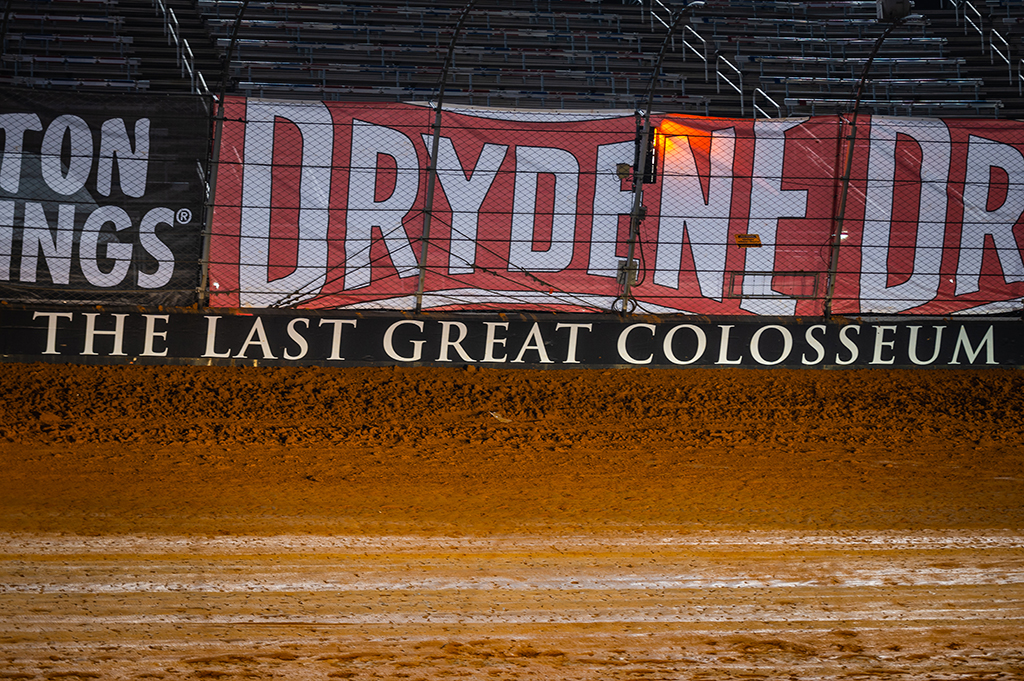 One of the most anticipated events of the year is finally here.

This weekend, after a 20-year absence, the World of Outlaws NOS Energy Drink Sprint Car Series is making its grand return to the iconic Bristol Motor Speedway.

Transformed to a clay-filled colosseum, the 1/2-mile stadium offers up three intense, electrifying nights of The Greatest Show on Dirt. The weekend begins with a practice night (6-9pm) on Thursday which is run in conjunction with a special pre-race show LIVE on DIRTVision, where you can watch this weekend’s action and all of the World of Outlaws events with a FAST PASS.

On Friday, racing officially begins with a full program of Qualifying, Heat Races, Dash, Last Chance Showdown, and a 25-lap, $10,000-to-win Feature. On Saturday, we’re back at it again, but this time with a $25,000 payday on the line; the highest of any Sprint Car race to date in 2021.

With such a monumental weekend lined up, the storylines are plentiful. Here’s a few of the countless times to watch:

20 YEARS IN THE MAKING: It’s been almost two decades since the World of Outlaws last visited Bristol Motor Speedway. The Series debuted at the iconic NASCAR venue in 2000 when the dirt was first laid down and Mark Kinser & Sammy Swindell split wins. The Greatest Show on Dirt came back again in 2001 with Donny Schatz and Sammy Swindell sharing victories.

In 2002, the dirt was absent and as were the Outlaws. That dry spell lasted year-after-year and Bristol soon became a historical token of yesteryear. It seemed to be a distant memory until the breaking news came in late December 2020 that dirt was returning in a big way. World of Outlaws Sprint Cars, World of Outlaws Late Models, NASCAR Cup Series, NASCAR Trucks Series, and more.

GUESS WHO’S BACK: Kyle Larson, the man who set dirt racing ablaze with his 46-win campaign in 2020, will make his 2021 season-debut with the World of Outlaws Sprint Cars this weekend at Bristol. The Elk Grove, CA native comes into the weekend fresh off an All Stars Circuit of Champions victory at Williams Grove (PA) Speedway aboard the Paul Silva owned #57.

A 12-time winner with the World of Outlaws last year, Larson has the advantage of being the only of 38 drivers this weekend with experience on the current edition of dirt on Bristol. In March, he finished second in two Dirt Late Model events and was looking strong in both the NASCAR Trucks and Cup Series races before being collected in crashes. So far in 2021, Larson has finished on the podium in all eight Late Model/Midget/Sprint Car features.

HALF-MILE HEROES: This weekend, the World of Outlaws Sprint Cars are back at a big track (Bristol is .533 miles) for the first time since opening the season at Florida’s Volusia Speedway Park. Since the beginning of the 2019 season, the Series has contested 45 events at half-mile race tracks. Over that span, 13 different winners have found victory lane with eight of those racers striking at least twice.

TENNESSEE TWANG: A pair of drivers, both former World of Outlaws winners, will be competing in their home state of Tennessee this weekend. Jason Sides of Bartlett, TN and Paul McMahan of Nashville, TN are also two of only five drivers (Schatz, Shaffer, J. Haudenschild) racing this weekend that previously competed at Bristol in 2000-01. Sides is a 17-time Series winner aboard the Rico Abreu Racing #7S, while McMahan has 27 Series victories to his credit and drives the CJB Motorsports #23 this weekend.

It’s not just drivers, but also tracks in The Volunteer State that have a storied history with the World of Outlaws. Including Bristol, the Series has visited seven Tennessee venues dating back to Milan Speedway in 1982. Most recently, Shane Stewart and Donny Schatz split wins when the Series raced at a make-shift quarter-mile at Fairgrounds Speedway in Nashville.

NASCAR CONNECTIONS: Three of the top teams in the World of Outlaws Sprint Car Series are owned by NASCAR Cup Series winners, who each have success on the concrete at Bristol Motor Speedway.

WHAT OFF WEEKEND?: Although both events at Lawton (OK) Speedway and Devil’s Bowl (TX) Speedway were rained out, that doesn’t mean all of the Outlaws took the weekend off. Five teams booked it to Knoxville (IA) Raceway, where the World of Outlaws will race on June 11-12 and August 11-14 for the Knoxville Nationals; while another two teams hauled to Port Royal (PA) Speedway, where the Series will visit on October 8-9.

Sheldon Haudenschild’s decision to bolt to Knoxville made him one of the most talked about subjects of the whole weekend. The Wooster, OH native, who currently sits second in World of Outlaws championship standings, rallied from 14th to win his first-career feature at the Knoxville half-mile thanks to a stunning last-lap pass on Gio Scelzi. Sheldon and the NOS Energy Drink #17 will carry that momentum into this weekend at Bristol and later trips this year to Knoxville.

THE NEED FOR SPEED: In 2001, a Tennessee state trooper whipped out his radar gun and clocked Sammy Swindell at a top speed of 185 MPH down the straightaway at Bristol Motor Speedway. His still-existing track record of 13.860 seconds averaged out at a whopping 138.441 MPH. The real question is: how fast will they go this weekend?

Around the Turn: The World of Outlaws NOS Energy Drink Sprint Car Series transitions to a Midwest tripleheader following Bristol. A Thurdsay, April 29 appearance at Jacksonville (IL) Speedway leads into the two-day FVP Platinum Battery Showdown at I-70 (MO) Motorsports Park on April 30, May 1.

WHAT TO WATCH FOR: 34 and Wilmot Await the World of Outlaws Sprint Cars