WHAT TO WATCH FOR: World of Outlaws Fire Off 2021 Season at Volusia This Weekend 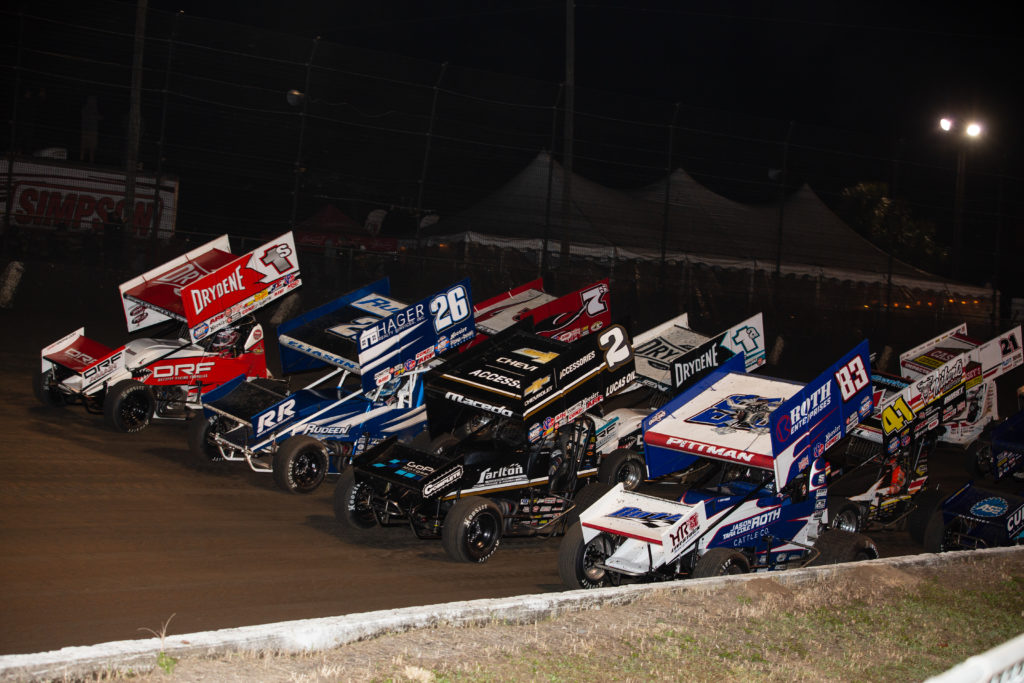 Grab your favorite NOS Energy Drink and buckle up, the ride is about to begin.

After a near three-month off-season, the wait is over. The 2021 World of Outlaws NOS Energy Drink Sprint Car Season begins this weekend.

The 90+ race schedule opens with the 50th DIRTcar Nationals at Volusia (FL) Speedway Park, headlined by three nights with The Greatest Show on Dirt from Friday-Sunday, February 5-7. Prior to that, drivers will have an opportunity to shake down their cars with a practice night on Tuesday, followed by a pair of races with the All Stars Circuit of Champions on Wednesday and Thursday.

With 16 full-time drivers on tour this year, the storylines are plentiful. Here’s what to watch for this weekend:

NEW FACES IN NEW PLACES: As expected, the Sprint Car world was rocked with a plethora of “silly season” swaps in the months that followed Last Call in November. A handful of the changes will impact the World of Outlaws, beginning this weekend at the season-opening DIRTcar Nationals. Here’s the notable changes on the full-time Outlaw trail:

SWEET’S THREE-PEAT: It hasn’t been easy, but Brad Sweet has now claimed back-to-back World of Outlaws championships after dethroning Donny Schatz in 2019 and outlasting Logan Schuchart in 2020. The consistency that he and his Kasey Kahne Racing, NAPA Auto Parts #49 crew have displayed has brought them to historic levels. The Grass Valley, CA native affectionally titled “The Big Cat” is now one of only six drivers to obtain multiple Outlaw crowns, joining the likes of Steve Kinser, Sammy Swindell, Mark Kinser, Donny Schatz, and Jason Meyers. Another championship in 2021 would put Sweet in rarified air, making him only the third driver in World of Outlaws history – joining Steve & Donny – to win three consecutive titles.

CHASING 300: After eight consecutive seasons of double digit wins, Donny Schatz dipped down to five victories in 2020, his lowest total with the Outlaws since 2010. Tony Stewart Racing’s switch to a Ford Performance power plant was a hot topic from Volusia to Charlotte, and Donny’s five wins only heightened that. A late-season resurgence, headlined by his $75,000 National Open title at Williams Grove, breathed new life and new confidence into the Carquest #15 camp with a big milestone looming. He’s already off to a hot start in 2021, nailing down a dominant victory with the All Stars in Screven (GA) last weekend. Schatz won last year’s season opener and is also the winningest Outlaw in Volusia Speedway Park history at 13 wins. Can he score that elusive 300th career win this weekend?

THE ROOKIE WAR: In 2021, fans will see one of the most exciting Rookie of the Year battles in recent memory. A quartet of high caliber drivers, all proven winners, are joining the World of Outlaws trail in a full-time capacity; it’s a recipe for nothing but success. In the hunt for ROTY honors is:

DOUBLE SHARK ATTACK: Since hitting the road full-time back in 2014, Shark Racing has grown leaps and bounds, it’s almost out of this world from where they first started. Their seventh campaign in 2020 was a huge one; they became a tried and true championship contender with Logan Schuchart, while Jacob Allen’s newfound attitude led him to a long-awaited first career victory at Dodge City. Heading into 2021, the operation led by National Sprint Car Hall of Famer and 30-time World of Outlaws winner Bobby Allen (Logan’s grandpa, Jacob’s dad), is leveling up some more. For the first time ever, they’ll have two trailers at their disposal with a grueling 90+ race schedule on tap. A dedicated crew and trailer to Schuchart’s #1S and Allen’s #1A will be sure to raise the bar for the Drydene Performance Products backed squad.

LIL HAUD IS HERE: There’s a lot to be said about the chemistry, camaraderie, and connection of an entire World of Outlaws team, and just how important is. Lately, it seems like all the pieces of the puzzle have been coming together for a maturing Sheldon Haudenschild. At 27-years-old, the son of The Wild Child has been molded into a night-in and night-out contender in just four years on the Outlaws trail. After winning seven features in his first three years (215 races), it all clicked in the summer of ’20 when the Wooster, OH native matched another seven victories over a 28-race hot streak. His relationship with car owners Ricky Stenhouse Jr. and Richard/Jennifer Marshall continues to blossom with full support from NOS Energy Drink on the #17. With Kyle Ripper, Drew Brenner, and Nickolas Goodfleisch all back aboard as crew members, this season could be Lil Haud’s biggest breakthrough yet.

BOOSTED PURSES IN 2021: Stretch those wallets out, because we’re racing for even more money this year. In an effort to increase purses across the board, the World of Outlaws released significant changes to nightly payouts and the championship purse over the off-season. All of the 90+ races will feature an updated standard payout that makes every race a minimum of $10,000-to-win, $1,000-to-start, with healthy upgrades throughout the field. The season-ending points fund also saw more than $90,000 added to the field. The updated single-day purse, which will be awarded all three nights this weekend at Volusia, can be seen below.