WHAT TO WATCH FOR: Tulare Thunderbowl Kicks Off World of Outlaws West Coast Swing 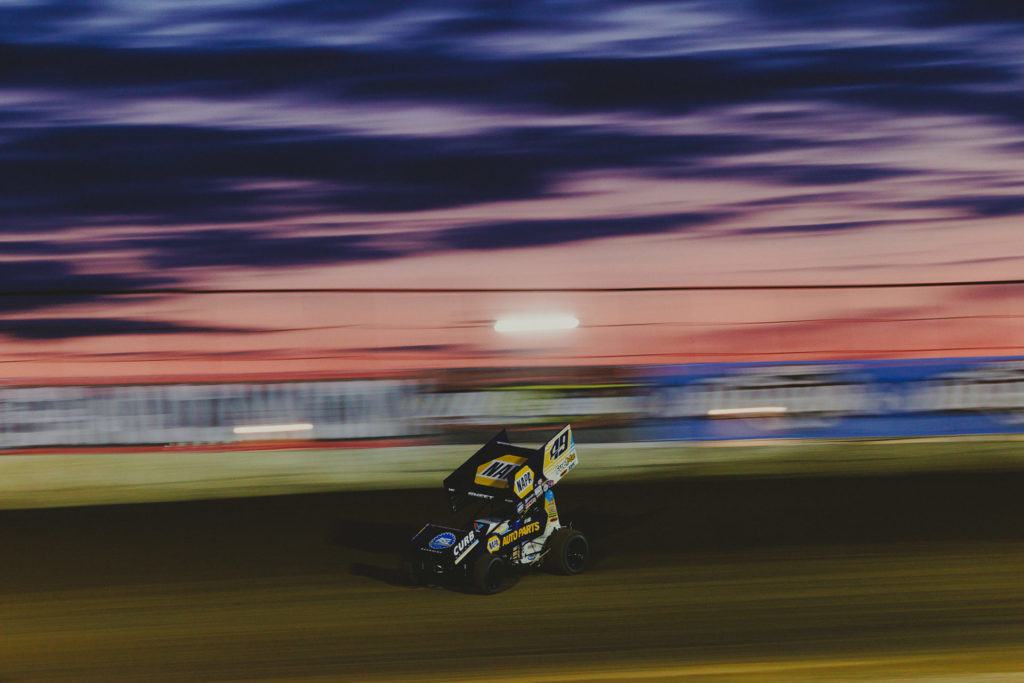 The Greatest Show on Dirt will host six events at five tracks over the next three weeks, and it all starts this Friday & Saturday, March 11-12 at Thunderbowl Raceway in Tulare, CA. The Series has visited the thrilling 1/3-mile on 27 occasions since debuting at the facility in 2003. You can find EVENT INFORMATION HERE and watch every lap LIVE on DIRTVision if you’re unable to make the trip.

As always, any race in California for the World of Outlaws means squaring off with one of the toughest local scenes in the country when it comes to Sprint Car racing. You’ll see full-timers like Sweet, Schatz, Haudenschild, Macedo, McFadden, Schuchart, Gravel & more battle against California’s best including Scelzi, Abreu, Larson, Golobic, Eliason, Copeland, Sanders, Faccinto & more.

Here’s what to watch for this weekend:

HOMECOMING: The upcoming spring swing offers two World of Outlaws championship contenders the chance to stay close to their California homes, and this weekend specifically presents an opportunity for their first wins at Tulare.

HOT START: Through the first five races in 2022, only two drivers have finished in the top-10 of every NOS Energy Drink Feature, and both are former World of Outlaws winners at this week’s destination of Thunderbowl Raceway.

IN THE MIX: For almost a decade the trio of Schatz, Sweet & Gravel have been staples near the top of the World of Outlaws standings, but in the mix with them to start off 2022 is two fearless gassers who have the potential to shine in Tulare.

SHARK ATTACK: In their respective rights, the stock of both Shark Racing drivers is trending in an upward direction.

FIRST GLANCE: Three of this year’s 15 full-time travelers will encounter Tulare’s Thunderbowl Raceway for the first time in their career.

CALI CLIQUE: A group of five California natives who have dethroned the World of Outlaws are expected to be in action this weekend chasing another Series win.

DON’T COUNT ‘EM OUT: Outside of the aforementioned winners, a whole handful of California locals are eager and plenty capable of scoring their first-ever World of Outlaws win this weekend in Tulare.

OUTSIDERS: They aren’t full-time Outlaws, nor are they locals to California, but these three drivers are proven gassers in some of the Golden State’s finest equipment this weekend.

NEW KID ON THE BLOCK: For some, turning 16 years old signifies the opportunity to obtain your driver’s license; for others, including Corey Day, it means you’re finally eligible to compete with the World of Outlaws NOS Energy Drink Sprint Car Series. The son of Ronnie Day, a former NARC champion and six-time podium finisher in 70 World of Outlaws starts, Corey represents the next generation and will officially begin his career with The Greatest Show on Dirt this weekend at Tulare.

The Clovis, CA native made waves in 2021 by briefly becoming the youngest winner in USAC Midget history and winning several 410 events on the west coast, including a pair of NARC races at Keller Auto & Stockton. A prodigy of Jason Meyers, the 2010 & 2011 World of Outlaws champion, Day has a chance almost all season long (until October 18) to break Giovanni Scelzi’s record (16 years, 10 months, 21 days) as the youngest winner in World of Outlaws history.