WHAT TO WATCH FOR: One Night Only at Wisconsin’s Wilmot Raceway 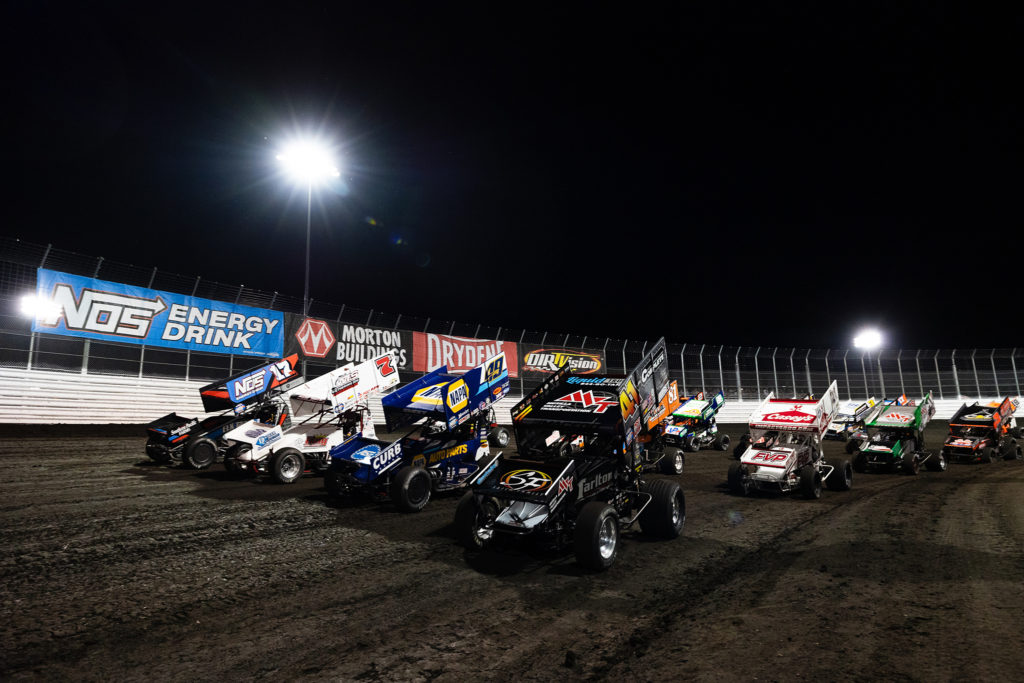 For the final time this season, the World of Outlaws NOS Energy Drink Sprint Car Series races in America’s Dairyland on Saturday night.

It’s the fourth stop of the year in Wisconsin, but the first and only at Wilmot Raceway for the annual tradition that is the Badger 40.

Drivers and teams only have to worry about one night of racing this weekend before The Greatest Show on Dirt officially kicks off the highly-anticipated Month of Money next week.

GRAVEL IS GOOD: When it comes to Wilmot Raceway, David Gravel is simply the man to beat. The Watertown, CT native immediately took a liking to the Wisconsin 1/3-mile, winning his first-ever appearance at the track in 2014. Then he won his second start in 2016, and he won again making it three-for-three in 2017. All told, the 29-year-old has made six starts with four victories and a worst-finish of fourth.

What’s more impressive is Gravel’s prowess at Wilmot no matter the car, no matter the crew chief. His 2014 triumph came aboard the Roth Motorsports #83 with Sonny Kreitzer on the wrenches, then he won back-to-back with Barry Jackson and the CJB Motorsports #5, and last year he took Philip Dietz and the Jason Johnson Racing #41 to victory lane. This week, he’ll get his first taste of the track since joining Cody Jacobs and the Big Game Motorsports #2.

BADGER AT HEART: Brad Sweet’s Fourth of July weekend sweep extended his mighty numbers when it comes to The Badger State. His tenth win in America’s Dairyland officially moved Wisconsin by California as the winningest state in his World of Outlaws career. His sixth overall win at Cedar Lake Speedway also tied Volusia Speedway Park as the winningest tracks in his career. He made it five-straight wins at the track, which is second all-time in the category of consecutive wins only behind Steve Kinser’s six-straight at Knoxville and Williams Grove.

Sweet will get one final go in the state of Wisconsin this weekend at Wilmot, a track he’s yet to win at. The Kasey Kahne Racing, NAPA Auto Parts #49 led more than half of the Badger 40 in 2017, but ultimately slipped to finish third. If he can finally nail down that elusive win at the flat-track, it’ll be the 40th different facility he’s won at in World of Outlaws competition.

TRUCKIN’ TO SPRINTIN’: Donny Schatz will be pulling a rare form of double duty this weekend. Before continuing his 2021 campaign with Tony Stewart/Curb-Agajanian Racing on Saturday night at Wilmot, the 10-time Series champion will make his NASCAR Truck Series debut at Knoxville Raceway on Friday evening.

The 300-time World of Outlaws winner certainly has the experience to perform well in both shows. He’s a 10-time Knoxville Nationals champion and joins fellow Sprint Car stars Brian Brown and Parker Price-Miller in defending the black zook clay against the truckers. Come Saturday, he enters as the only other full-time driver outside of Gravel to win at Wilmot. Back in 2018, the Fargo, ND native led wire-to-wire for a Badger 40 score aboard his #15 machine.

CENTURY MARK: Two weeks ago, Sheldon Haudenschild scored his 200th career top-1o result. This weekend, he prepares to chase his 100th career top-five finish. With 341 starts under his belt with the World of Outlaws, the Wooster, OH native has been solid producing top-five runs in 29% of his outings.

THE RETURN OF SIDES: For the first time in four years, Jason Sides was a top-five finisher again this weekend. He ran fifth in Friday’s opener at Cedar Lake, ending a streak of 1,455 days and 212 races since his last top-five which also came at Cedar Lake during the Independence Day Spectacular in 2017.

GETTING BACK ON TRACK: After winning back-to-back shows at Knoxville Raceway and collecting three-straight top-two finishes, Carson Macedo hit a rough patch with results fo 15th, 15th & 14th. The downward spiral doubled his gap from championship leader Brad Sweet, which was -60 on June 12 and now sits -128 on July 6.

The Jason Johnson Racing #41 team has recently gotten back on track, however, rattling off five consecutive top-five finishes at Jackson and Cedar Lake. That’s the fourth-longest stretch of the season only behind Brad Sweet (9), Sheldon Haudenschild (8) and Kerry Madsen (6).

MONTH OF MONEY: Saturday’s stop at Wilmot is the final tune-up before the Month of Money begins. Over a span of 31 days, the World of Outlaws NOS Energy Drink Sprint Car Series will contest 15 races with three highest paydays in the world on the line. The schedule looks like this…

Around the Turn: Following this weekend, the World of Outlaws NOS Energy Drink Sprint Car Series will head to Wisconsin’s Wilmot Raceway for one-night only on Saturday, July 10. After that, a huge five races in five days awaits with the Brad Doty Classic and TWO Kings Royals offering almost $400,000-to-win.