WHAT TO WATCH FOR: Next Chapter of PA Posse vs. Outlaws is This Weekend 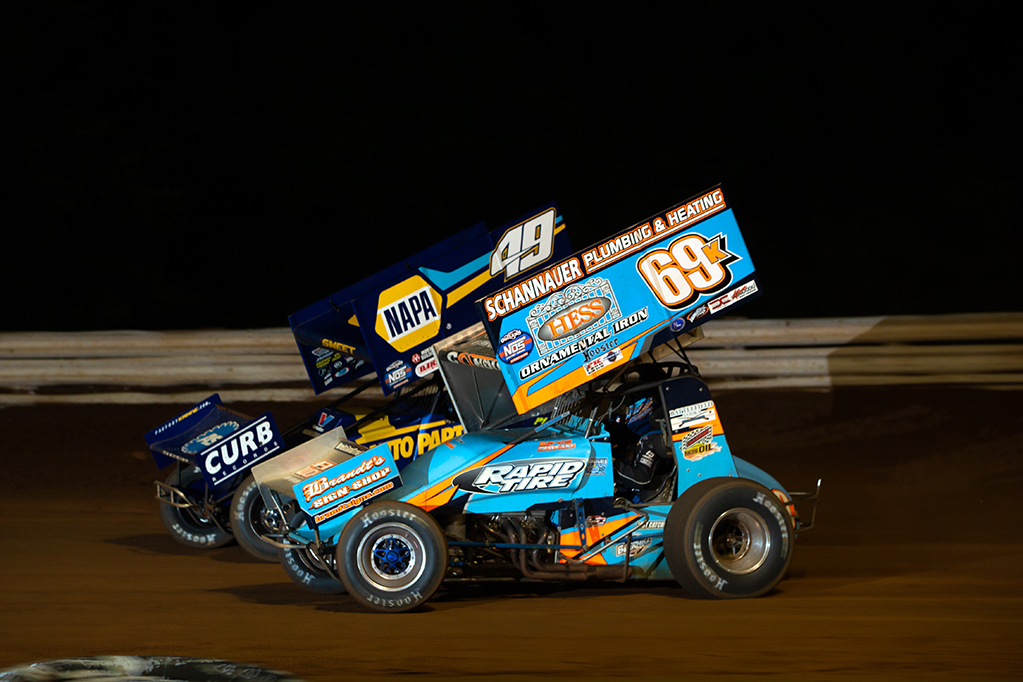 The Battle Begins at Lincoln (Wednesday) and Williams Grove (Friday-Saturday)

The PA Posse vs. The World of Outlaws. Simply put, it’s the single greatest rivalry in Sprint Car Racing.

These two factions have been at each others throats since the inception of Ted Johnson’s traveling tour in 1978, and here we are four decades later with the battle still as epic as ever. When the World of Outlaws NOS Energy Drink Sprint Car Series visits central Pennsylvania, you won’t find a more passionate crowd.

It’s a rivalry that pits arguably the best local hot bed of racing against the best touring drivers in the nation.

This weekend, we kickstart the 2021 edition at Lincoln Speedway in Wednesday’s Gettysburg Clash, followed by a Friday & Saturday double at Williams Grove Speedway for the Morgan Cup.

There’s a plethora of storylines to follow. Here’s some of the most noteworthy to watch:

THE TRACKS: Wednesday’s midweek stop marks the first of a scheduled 11 meets in Pennsylvania this year for the World of Outlaws. The Greatest Show on Dirt will tackle the 3/8-mile, semi-banked oval in Abbottstown, PA before heading to Mechanicsburg, PA on Friday and Saturday. Capping the weekend will be two nights at Williams Grove, an iconic 1/2-mile notorious for long straightaways and tight corners.

POSSE WANTS REVENGE: The 2020 season was one to forget for the PA Posse. For the first time since 2008, they went winless in World of Outlaws Sprint Car Series competition. They lost at Lincoln, they lost four shows at Williams Grove, and another two at Port Royal. It’s a memory that only fuels their desire to stop the Outlaws this week.

In fact, it’s been almost two complete years since a central Pennsylvania Posse member beat the Outlaws. The last occurrence being Lance Dewease’s May 2019 triumph at Williams Grove.

THE POSSE’S FINEST: Among the strongest possibilities to beat the Outlaws for the PA Posse this weekend are Lance Dewease of Fayetteville, PA, Danny Dietrich of Gettysburg, PA, Freddie Rahmer of Salfordville, PA, Anthony Macri of Dillsburg, PA, Brent Marks of Myerstown, PA. All five are winners at both Lincoln and Williams Grove, and four of the five are Outlaw winners minus Macri.

GRAVEL’S CLIMB: We’ve made it through 20 events this season and David Gravel has 19 top-10 finishes. He also has six Slick Woody’s QuickTimes, nine Team Drydene Heat Wins, and 13 DIRTVision Fast Pass Dash appearances – he’s the leader in all of those categories. Entering this week, he’s second in the championship standings and cutting away at Sweet’s 60-point advantage.

ICON VS. ICON: Depending on how Wednesday’s show at Lincoln goes, we could enter the Morgan Cup at Williams Grove with a pair of historic accomplishments on the line for two different legends: Donny Schatz and Lance Dewease.

For Schatz, he’s chasing his 300th career World of Outlaws Sprint Car Series win. The Fargo, ND native has been close a handful of times this season, leading 66 laps aboard his Tony Stewart/Curb-Agajanian Racing #15, but falling short on notable occasions at Volusia, I-55, and last week at Eldora. Williams Grove is welcomed site for the 10-time Series champion, as he won his most recent 299th race at the track during last year’s $75,000-to-win National Open in October.

For Dewease, the 55-year-old legend is pursuing his milestone 100th career victory at the Williams Grove Speedway. At 99 wins right now, he’s already the winningest Sprint Car driver in track history, but boy would #100 be extra special coming against the Outlaws, who has beaten 17 times in his career.

SWEET’S STRUGGLES: After winning eight of the first 18 races with only one finish outside the top-10, Brad Sweet was due for something to go south. Unfortunately, that finally happened this weekend at Eldora as he recorded finished of 11th and 14th. It’s only the second time in three seasons (since he started winning championships) that such an occasion of back-to-back runs outside the top-10 has occurred for the Kasey Kahne Racing, NAPA Auto Parts #49.

To overcome the bad weekend and get back on track, The Big Cat will have to thrive at two tracks he has never won at before. The Grass Valley, CA native has three top-five finishes in 11 starts at Lincon to go along with six top-five runs in 44 starts at Williams Grove.

BACK-TO-BACK: Sheldon Haudenschild just checked off one of the biggest “firsts” of his career, might as well follow with another, right? On Saturday, the Wooster, OH native scored his first-career victory at Eldora Speedway in spectacular fashion by stunning Donny Schatz at the white flag for his 17th career World of Outlaws win.

On Wednesday, the Series returns to Lincoln Speedway, where Lil Haud was the victor one year ago. Another triumph aboard the NOS Energy Drink, Stenhouse Jr. Marshall Racing #17 would give him the first back-to-back wins of his career. When it comes to the weekend, he’ll be aiming for his first-career victory at Williams Grove Speedway, where his career-best is a second-place finish from 2019.

HOME TURF: Three full-time World of Outlaws drivers will be on home turf this week as the Series heads to The Keystone State for the first time in 2021. Hanover, PA’s Logan Schuchart & Jacob Allen grew up just down the road from Lincoln Speedway, while Jonestown, PA’s Brock Zearfoss hails from less than an hour away from Williams Grove Speedway.

Schuchart’s Drydene #1S brings in momentum from an impressive 21st-to-2nd charge at Eldora Speedway last weekend. He’s trying to add his second World of Outlaws win in his home state, first since Port Royal Speedway in 2016. For Allen, he snagged his first top-five finish of the year at Eldora in his Drydene #1A.

DIETRICH’S PROMISE: Five-time World of Outlaws winner and successful PA Posse star Danny Dietrich delivered the first blow in this week’s rivalry, promising a loss for the Outlaws in at least one of three events. It’s a statement that DD himself can comfortably make, considering the fact that he’s a multi-time Outlaw winner at both tracks.

His first two career wins against the Series came at Lincoln Speedway in 2012 and 2013, and he’s stopped them twice at Williams Grove in 2015 and 2016, which was his first-ever National Open title. We’ll find out this week whether Dietrich’s promise comes true or not.

Wednesday, May 12 at Lincoln Speedway in Abbottstown, PA
Friday-Saturday, May 14-15 at Williams Grove Speedway in Mechanicsburg, PA

Around the Turn: Following this weekend, the World of Outlaws NOS Energy Drink Sprint Car Series will head back to Ohio for a weekend at Attica Raceway Park on Friday, May 21 and Sharon Speedway on Saturday, May 22.