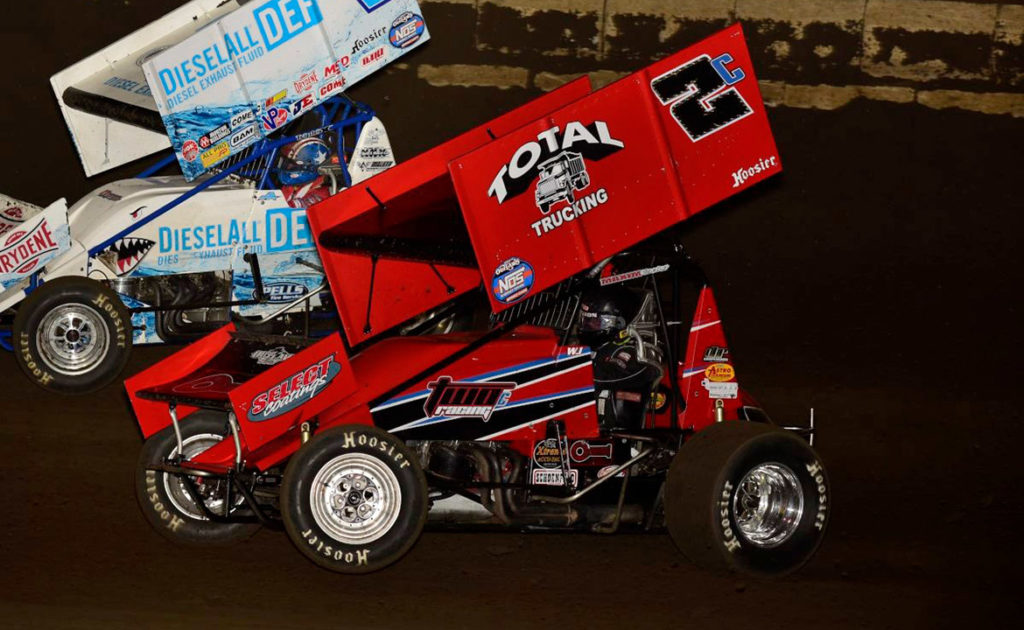 Todd Carlile, owner of TwoC Racing, along with driver Wayne Johnson are proud to announce they will be competing full-time with the World of Outlaws NOS Energy Drink Sprint Car Series in 2020.

This will be Johnson’s first full-time season on the World of Outlaws tour. For the last 10 years, Johnson has been competing mainly with the American Sprint Car Series in a 360-c.i. Sprint Car and running a handful of 410-c.i. Sprint Car races as well.

Carlile stated, “We have been wanting to go full time racing with the World of Outlaws and we ultimately decided that now was the right opportunity.”

Johnson and Carlile have known each other for more than 25 years. Coming off an injury in 2010, Johnson spoke to Carlile and his wife, Kelly, about wanting to start a team. Two years later they joined forces. In 2016, Carlile took over as the car owner and Johnson turned to solely focusing on driving.

Johnson and the TwoC team will be competing for the 2020 Rookie of the Year honors with the World of Outlaws.

“I decided if I don’t do this now, I’ll regret that I never did,” Johnson said of running with the [World of Outlaws]. “This last year I’ve really focused on my health and feel like I’m probably in the best shape of my life at 48 and ready to take on the challenge.”

Johnson will first hit the track with the World of Outlaws in 2020 during the Feb. 7-9 season opening DIRTcar Nationals at Volusia Speedway Park.

In addition, they are currently interviewing for the crew chief position. The car chief is Conner Nelson and the mechanic is Kenny Nolan.