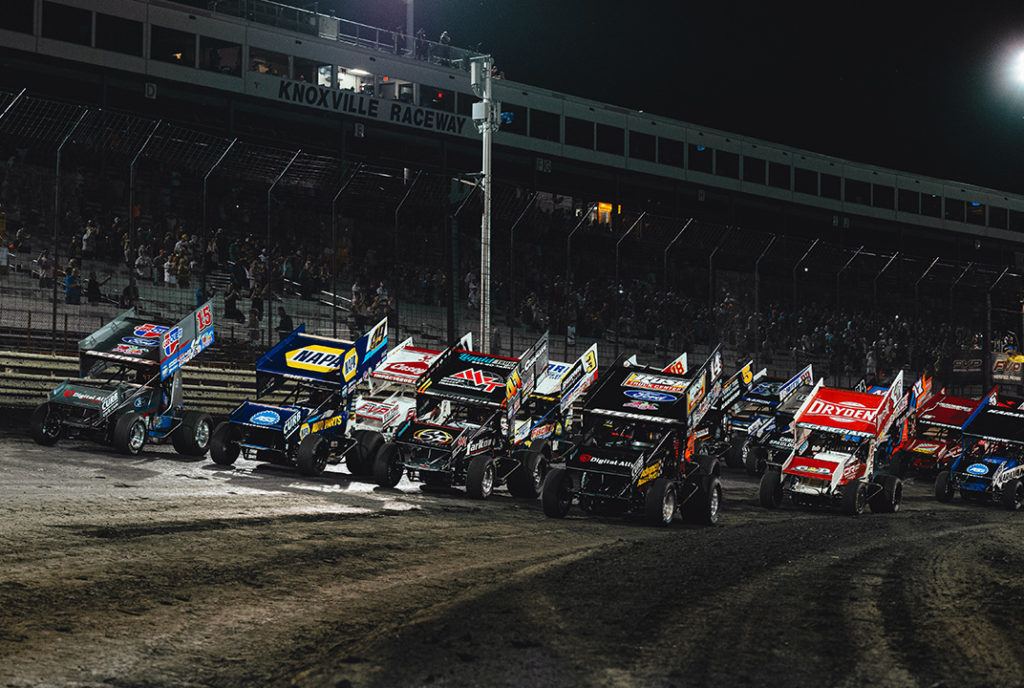 After 55 grueling laps around Federated Auto Parts Raceway at I-55 Saturday night, Sunday won’t be a day of rest for several World of Outlaws NOS Energy Drink Sprint Car teams.

They’ll venture five hours north to Knoxville Raceway for the Capitani Classic – which can be watched live on DIRTVision with any FAST PASS subscription – in hopes of finding an advantage before the 60th NOS Energy Drink Knoxville Nationals week begins (Aug. 11-14) – only available with the annual PLATINUM FAST PASS or PPV.

“I feel like that is a huge advantage to get laps there before the Nationals,” said David Gravel, who won the Capitani in 2019 before going on to win his first Knoxville Nationals a few days later. “Any time you get laps is better.”

He’ll be running the event again this year – however, this time behind the wheel of the Big Game Motorsports #2 car. Joining him will be two-time and defending World of Outlaws champion Brad Sweet, who also proved in 2018 the value of more laps. Like Gravel, he won the Capitani and then went on to win his first Knoxville Nationals later that week.

There’re many scenarios to weigh on whether to run the “Capi” or not, the Kasey Kahne Racing driver said. It’s more work on the driver, the crew and the car. But, if you’re prepared, it’s also more valuable lap time before the Preliminary nights begin for the Nationals on Wednesday, Aug. 11.

“If you’re prepared and everything goes smooth at Pevely, I think the extra laps can give you a little more confidence going into your Prelim night,” Sweet said. “It is a night to test and throw things at the race that you wouldn’t feel comfortable doing another night. I think the “Capi,” they give you a racetrack that you’re going to see the rest of the week. They’re pretty consistent with the track. I think there are some advantages. I think there are some disadvantages. Each team’s individual scenario weighs whether they are going to run it or not.” 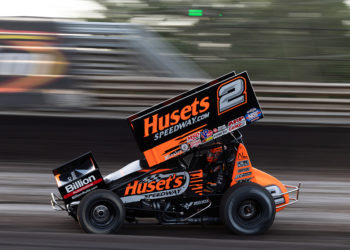 After sweeping the doubleheader World of Outlaws events at Knoxville in May, and being the defending Nationals champions, a case could be made that the Jason Johnson Racing team has the half-mile track covered. However, for driver Carson Macedo, he’s leaving no room for error.

“Stuff changes all the time,” he said. “We just want to make sure we’re on top of it. It’ll give us a night to make sure our stuff is tuned in and make sure that we are race-ready and clicking on all cylinders leading into the Prelim nights. I have no doubts with (crew chief and team co-owner) Phil (Dietz) being as good as he is there. He’ll be on top of it.”

The combination of Macedo and JJR has proven to be successful for both throughout the years at Knoxville. Macedo won a Preliminary night during the 2018 360 Knoxville Nationals in his first start behind the wheel of the #41 machine. He then went on to qualify for his first – and currently only – Knoxville Nationals a week later, finishing sixth in the prestigious event. Then, his sweep of the doubleheader event in May counted for his first two 410 wins at the Sprint Car Capital of the World.

“I feel like I did learn a few things there that I could apply,” Macedo said. “Just want to be as prepared as I can. I want to do the best I can. Whatever happens, happens.”

Sweet, Macedo and Gravel, who currently account for the top-three in World of Outlaws points, will be joined by more of their Series competitors, weekly Knoxville stars and other Sprint Car stand-outs for the Capitani Classic.

If you can’t make it to the track, watch all of the action live on DIRTVision at either DIRTVision.com or through the DIRTVision App on iPhone, Android, Roku, FireTV or Xbox One.