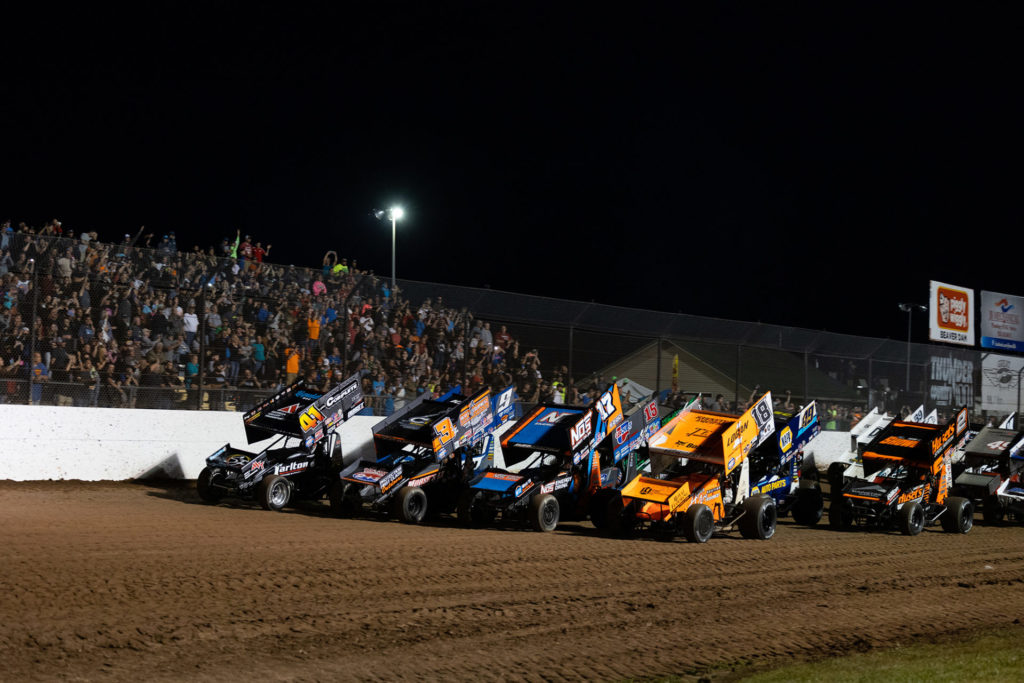 The World of Outlaws NOS Energy Drink Sprint Car Series will contest not one, but two nights of racing at Beaver Dam Raceway in Beaver Dam, WI next year.

While drivers can look forward to the purse increase, fans can look forward to an added element of fun with a Curb Records artist slated to host a post-race Friday night concert. Tickets for the Beaver Dam doubleheader are set to go on sale following the New Year at www.slspromotions.com.

Three-time and defending Series champion Brad Sweet will be among the favorites next June. The Big Cat is a four-time winner at Beaver Dam aboard his NAPA Auto Parts #49, including “JB” Memorial victories in 2014, 2019, and 2020.

He’s only the second multi-time winner of the event, joining former Kasey Kahne Racing teammate Joey Saldana, who topped the first two runnings in 2010 and 2011. He’s also tied for four Outlaw wins at Beaver Dam alongside another former KKR teammate in Daryn Pittman.

Fargo, ND’s Donny Schatz won the 2014 event with Tony Stewart/Curb-Agajanian Racing and also owns a 2002 triumph at the Wisconsin oval. He’ll be back for his 26th season with The Greatest Show on Dirt as he chases an 11th title in 2022.

Sheldon Haudenschild will enter next year’s running as the defending winner of the race, driving by Giovanni Scelzi to score the victory aboard his Stenhouse Jr. Marshall Racing, NOS Energy Drink #17.

Stay tuned to worldofoutlaws.com for more information on the upcoming 2022 season. For those who can’t make it to the track next year, you can watch every event LIVE on DIRTVision.