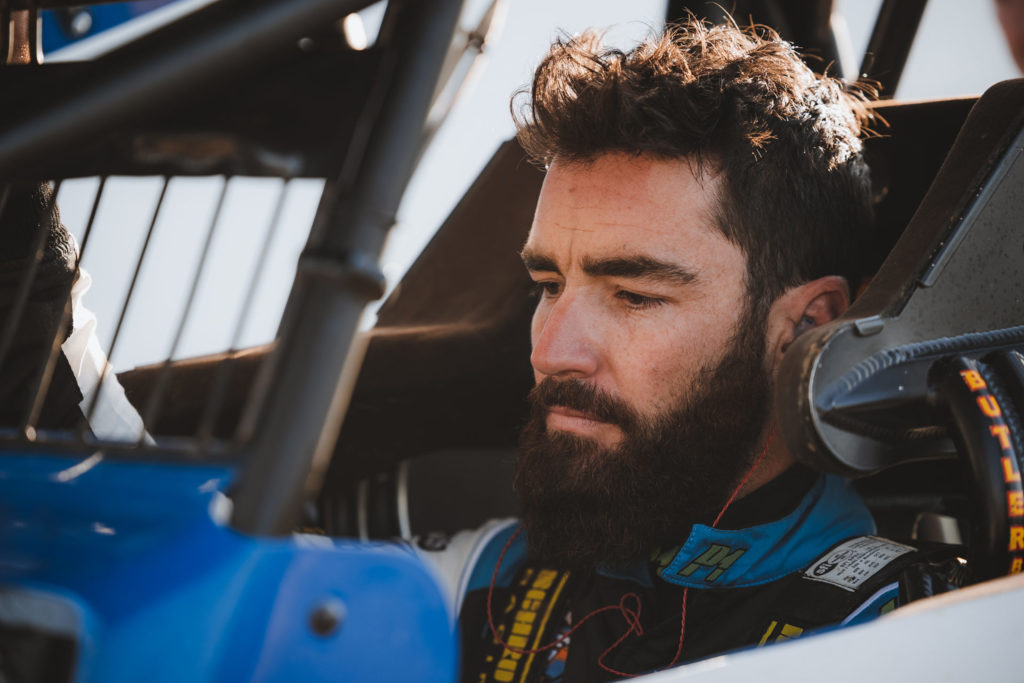 After a highly-successful rookie season, James McFadden has announced he’s coming back for more.

The Alice Springs, NT, AUS native will transition from the Kasey Kahne Racing #9 and drive the Roth Motorsports #83 full-time with the World of Outlaws NOS Energy Drink Sprint Car Series.

This announcement comes following a stellar 2021 season for J-Mac, who produced two wins, earned Kevin Gobrecht Rookie of the Year Award honors, and finished seventh in the championship standings albeit missing the first six races.

“After having experienced my rookie season on the World of Outlaws tour, I’m excited to have another shot at it,” James McFadden told Petersen Media. “Running the World of Outlaws is a dream come true, and to have the opportunity to run for Dennis and Teresa Roth and their Roth Motorsports team at this level is a privilege. Roth has a rich history with the World of Outlaws, and the Roth family has given so much to the sport over the years. I am thankful that they believe in me and have presented this opportunity.”

It will be a rather similar setting for the five-time World Series Sprint Car champion as he brings veteran crew chief Justin Adams and crew members Rob Beattie and Gary “Woodman Patellaro along with him to the #83. The entire foursome worked together this season and in the past on the KKR #9.

“I’m so happy to have a bit of familiarity right away as Crew Chief Justin Adams is also making the jump with me,” McFadden continued. “We have built up a great dynamic over the last three years and consistency is huge in being successful as a team, so I am excited and ready to rip.”

It’s not only another chance at the ultimate title, but it’s a chance to drive for one of the most storied teams in the history of Sprint Car racing.

“First and foremost, our entire organization wants to thank Kasey Kahne for everything he did for our team from August on,” Dennis Roth said in the Petersen Media release. “He did a nice job for us, and we greatly appreciate him finishing our season out. We would also like to thank Grant, Tony, and Gage for all of their hard work and dedication to our organization as well. Looking forward, we are all really excited to welcome a very talented driver in James McFadden aboard. James has been very successful over the course of his career in his native Australia and has really made a name for himself in the United States over the last few seasons. James and Justin Adams are proven winners, and we look forward to seeing them have a great year for us.”

The motto of 2022 is simple: unfinished business. Crew Chief Justin Adams believes they can accomplish their goals with this move.

“Getting back to Roth Motorsports after a successful 2021 season, I feel like I have some unfinished business and look forward to handling that with James McFadden this season,” Adams told Petersen Media. “I am looking forward to working with Dennis Roth again and am really thankful he has provided a great opportunity to continue to expand on what James and I have built the last few seasons together. I feel like we really started to hit on some things at the end of the season, and I am excited to get back to work and represent the famed Roth Motorsports No. 83.”

The new pairing of James McFadden and Roth Motorsports will have to wait until the 2022 World of Outlaws NOS Energy Drink Sprint Car season rolls around to hit the track.

Up first is the 51st edition of the DIRTcar Nationals at Florida’s Volusia Speedway Park on February 10-12. Fans can BUY TICKETS HERE or watch LIVE on DIRTVision.

WHAT TO WATCH FOR: Tri-City and Tri-State Up Next for World of Outlaws Sprint Cars