THE LINE BETWEEN WORLDS: David Gravel feels the virtual pressure of iRacing 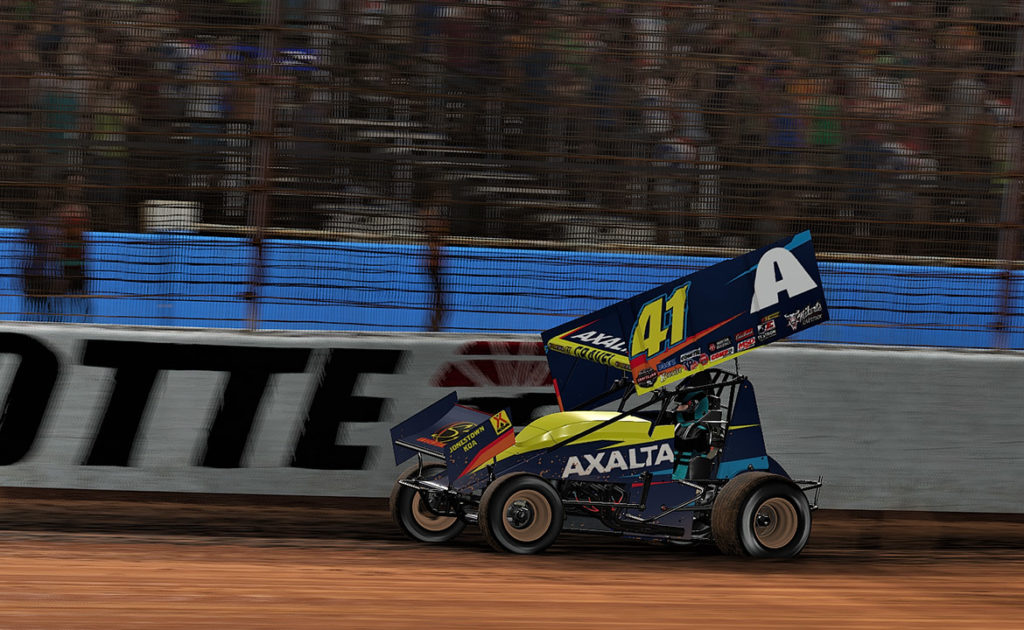 The pressure was on David Gravel to win the prestigious Knoxville Nationals at Knoxville Raceway last year. He had a Fortune 500 company on his car. Jeff Gordon was watching. Formula 1-star Mark Webber was watching. The entire Sprint Car world was watching.

However, that amount of pressure and stress didn’t match the anxiety he faced trying to transfer from the Last Chance Showdown into the inaugural World of Outlaws NOS Energy Drink Sprint Car iRacing Invitational, he said.

“Honestly, our Knoxville (Nationals) couldn’t have gone any easier this past year,” said Gravel, who won the 2019 Nationals. “I’m going to say iRacing, making that first race was more stressful. It definitely seemed like it at least.

“It’s extremely stressful. That first one at Volusia I was in the [Last Chance Showdown]. I was sweating. My heart was pounding. I didn’t know if I was going to make the race. I was able to but after that [Last Chance Showdown] was over I felt like, I don’t know, like I just ran a marathon or finished the Knoxville Nationals. You definitely get pumped up and go through a roller coaster of emotions.”

He’ll go through that roller coaster, again, twice this week. On Tuesday, April 7, at 7 p.m. (ET) on DIRTVision will be the fourth round of World of Outlaws NOS Energy Drink Sprint Car iRacing Invitationals. Then on Wednesday, April 8, at 8 p.m. (ET) the World of Outlaws Invitationals will return to FOX Sports 1 after a success national television debut last week. Both races will be at the iconic (virtual) Knoxville Raceway and will pay $1,000-to-win.

He’s not the only driver that’s felt the pressure and intensity of the simulated racing. After competing in both the World of Outlaws Sprint Car and Late Model iRacing races on FS1, Kyle Larson said he needed to bring his heart monitor in to show fans how stressful the Invitationals are. Logan Schuchart also added his nerves were up the entire race and he felt like he was in his actual Shark Racing Sprint Car.

While he lauded iRacing for capturing the finest details of the tracks and their surroundings, he said the racing isn’t 100 percent like the real thing. Nothing comes close to the real thing. However, iRacing is the closest thing to it, he added.

The Watertown, CT driver, who has won 51 World of Outlaws Sprint Car races in his career, including the 2019 Knoxville Nationals, has finished sixth, third and 14th, respectively, in the three invitational races. The first race was at Volusia Speedway Park and the last two were at The Dirt Track at Charlotte. He crashed out of the last event, which was on FS1, but joked he at least beat Kyle Busch.

Busch was one of several drivers – including Larson, Christopher Bell, Ron Capps and Cruz Pedregon – who are known as professional asphalt drivers but wanted to play in the dirt with the Outlaws.

“It was cool to see [Kyle Busch] in the race,” Gravel said. “We got to chat a little bit there in the group chat. He was nice. It’s got to be hard for him and Ron Capps to compete. They haven’t raced that much (on dirt). It’s cool that they’re willing to try it and see what it’s all about. I guarantee a slick track on dirt is way harder that the Cup cars on iRacing. I’m sure it’s a good challenge for him (Busch).”

While Gravel has a solid relationship with Sprint Cars and dirt tracks, he’s virtually an iRacing rookie. Before receiving his WR1 Sim Rig early this year – mostly to practice for his upcoming NASCAR Truck Series races – he had never been on iRacing before. Now he’ll find himself on it for hours at a time, practicing for the upcoming World of Outlaws Invitationals.

“I’d say typically two days before a race I’ll go on for a few hours. Probably three hours a day,” Gravel said. “Get about three or four races in. Maybe do a little bit the day of also. I probably do about six, seven hours of preparation before a race. I’m sure other guys are on a lot more. But I’m newlywed and have a house and like to play Xbox a little and work on other things I’ve got going on also.”

This week, he’s been turning laps at Knoxville Raceway. While the cushion of the track may not feel exactly like the real thing, Gravel said running the bottom on iRacing feels a lot like it does in real life. 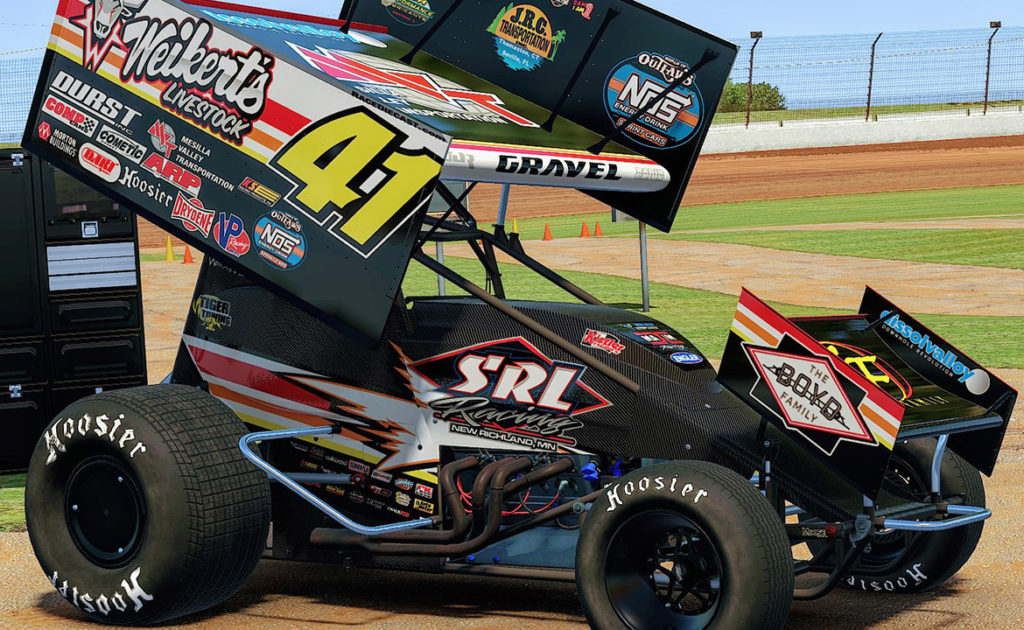 That familiarity should help as with the pressure to do well on his shoulders, Gordon and the entire Sprint Car world will once again be watching.

Then on Wednesday night, on FS1, Johnny Gibson will once again call all of the action of the 35-lap Sprint Car Feature and 50-lap Late Model Feature, with Clint Bowyer and Gordon commentating and Adam Alexander hosting.

WHAT TO WATCH FOR: 34 and Wilmot Await the World of Outlaws Sprint Cars