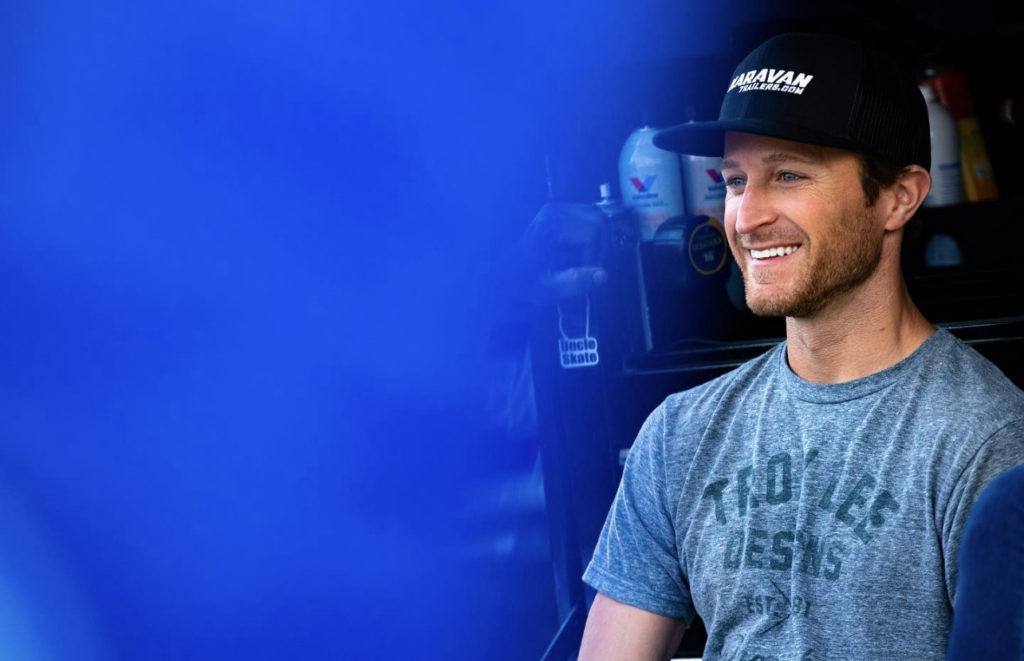 His four top-ten finishes were highlighted by a hard charging 23rd-to-fifth bid at Magnolia and a pole position at The Rev. The Enumclaw, WA native didn’t just fill the seat and turn some laps to collect points; he became a true contender to win on a nightly basis with The Greatest Show on Dirt.

By result of Kahne’s impressive numbers, his early-season success has the Kasey Kahne Racing, Karavan Trailers #9 in a good position with the World of Outlaws Owners Championship in mind. Beginning this weekend at Cotton Bowl Speedway, James McFadden will begin his tenure – sitting -82 out of the points lead – and Kahne will return to his role as team owner of McFadden’s #9 and Brad Sweet’s NAPA Auto Parts #49.

“It’s been a lot of fun,” Kahne said on his driving duties. “I don’t really remember driving to every race this early in the year before, just running the World of Outlaws tour is pretty cool. I’ve really enjoyed it this last month or so. I’ve been working with the team more and more, and that’s been fun. Racing and running up and down the road, though, I kind of feel like a real World of Outlaws driver at the moment.”

Since established in 2006, the KKR #9 has been one of the most potent rides in the sport, and Kahne takes immense pride in that. McFadden, of Warrnambool, VIC, AUS, will become only the third driver in 16 years to pilot the #9 on a full-time basis with the World of Outlaws.

The Brownsburg Bullet Joey Saldana first drove the #9 for seven years from 2006-12 and collected 68 wins before Daryn Pittman took the wheel from 2013-18, another highly-successful relationship which brought 47 victories and Kasey Kahne Racing’s first-ever World of Outlaws championship in 2013. Now, it’s McFadden’s turn to build that heritage.

“To me, I think the #9 car is one of the best sprint cars in the country when we put it on the track,” Kahne spoke on his passion for the #9. “We want it to be in the title hunt and competitive every single night, which is tough with the guys out here. Overall, that’s our biggest goal, though. I’m excited to get James in the car this week. We’ve worked to get everything in a good spot these first few weeks of the season.”

For McFadden, a sensational Australian talent, this new full-time opportunity marks his third season at KKR. He began driving the #9 in 2019 and has since racked up 40 starts, one win, 13 top-five finishes, and 22 top-tens with the World of Outlaws. His lone win came at Lake Ozark Speedway last October, where he’ll return as the defending Jason Johnson Classic champion next weekend on Saturday, March 27.

For Kahne, this is his chance to continue bonding with the well-established organization he has built at Kasey Kahne Racing. The 18-time NASCAR Cup Series winner believes their team environment is partially responsible for his early-season success behind the wheel.

“I’ve really enjoyed racing this year, but I enjoy a lot of just because of the team that I’m with,” Kahne mentioned. “Working with these guys is why I think I’m having the most fun right now. I won’t be driving anymore, but I’ll still have the same group on both teams and I’ll still be working with everybody and traveling up and down the road.”

UP NEXT – James McFadden makes his first start of the 2021 World of Outlaws NOS Energy Drink Sprint Car season this Friday and Saturday, March 19-20 at Cotton Bowl Speedway in Paige, TX.