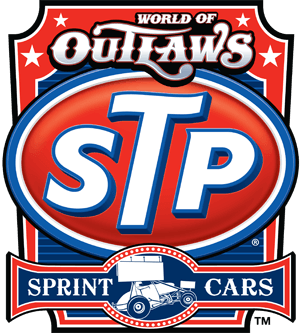 CONCORD, N.C. (Aug. 9, 2012) — STP® and the World of Outlaws, two of the most storied brands in motorsports history, are excited to announce a multi-year title sponsorship agreement. Beginning in 2013, the series title will be the World of Outlaws STP Sprint Car Series.

STP brings more than 40 years of racing history to 34 years of the World of Outlaws barnstorming dirt tracks across the country, making this sponsorship a perfect fit to showcase STP to the dedicated fans that follow the premier sprint car series in the world.

“We’ve worked with the World of Outlaws for the past three seasons and have been extremely pleased with our ability to engage fans and tell the STP story,” said Jamie Kistner, Senior Brand Manager of STP. “We are excited to leverage STP’s racing heritage with such a strong community as the World of Outlaws and to continue to grow our racing portfolio.”

STP is already a familiar fixture at World of Outlaws events. Its visibility will increase beginning with the season-opener in February at Florida’s Volusia Speedway Park. STP will be launching aggressive activation efforts around World of Outlaws events from coast to coast, including broadcast integration and at-track activity.

“We have had a great relationship with STP and are very excited they are joining as the new title sponsor of the World of Outlaws STP Sprint Car Series,” said Ben Geisler, CMO of World Racing Group, which owns the World of Outlaws. “STP has been a tremendous partner of ours dating back to 2009 and we can’t wait to become more closely associated with the brand beginning next season.” 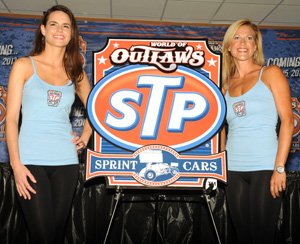 The 2013 World of Outlaws STP Sprint Car Series schedule will be announced in early December and is expected to include more than 85 events across the United States and Canada.

Armored AutoGroup Inc., headquartered in Danbury, Conn., is primarily comprised of the Armor All® and STP® brands. The current Armor All product line of protectants, wipes, tire and wheel care products, glass cleaners, leather care products and washes is designed to clean, shine and protect interior and exterior automobile surfaces. The STP product line of oil and fuel additives, functional fluids and automotive appearance products has a broad customer base ranging from professional racers to car enthusiasts and “Do-it-Yourselfers”.

Armored AutoGroup has a diversified geographic footprint with direct operations in the United States, Canada, Australia and the U.K. and distributor relationships in approximately 50 countries.

World Racing Group, Inc., a sports entertainment company, is a world leader in the sanctioning and promotion of dirt track auto racing. WRG, based in Concord, N.C., owns and operates the three highest profile national touring series for dirt track racing in the United States: