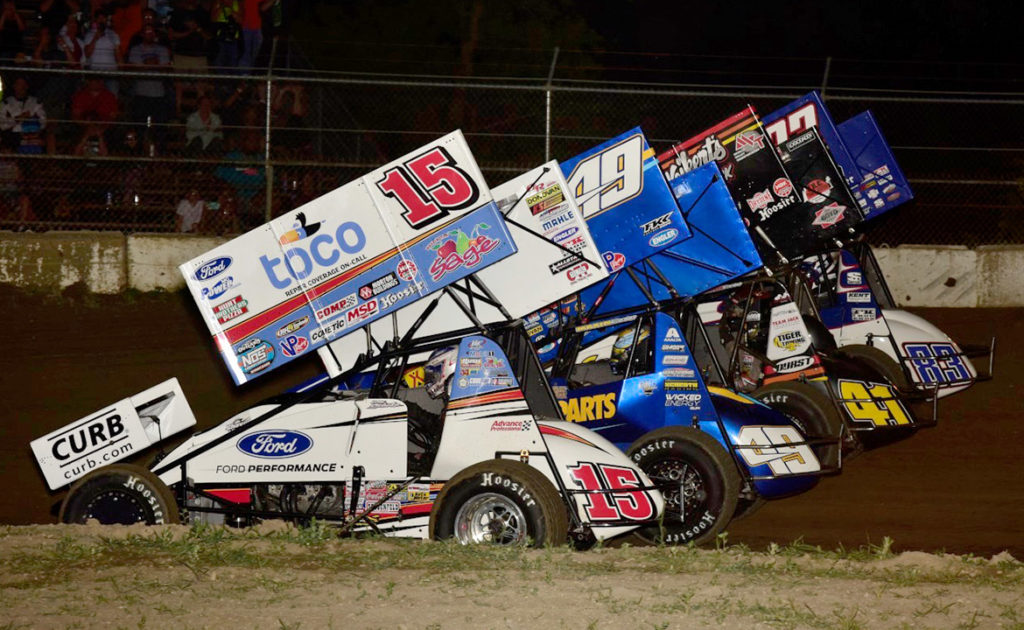 The pieces to the puzzle of the 2020 World of Outlaws NOS Energy Drink Sprint Car Series schedule are steadily falling into place with SLS Promotions scheduled to promote nine events next year.

Among them are familiar tracks, such as River Cities Speedway, Beaver Dam Raceway and Lakeside Speedway. However, in 2020 SLS will also promote the World of Outlaws’ return on Aug. 22 to Dakota State Fair Speedway, in Huron, S.D.

Three of Schatz’s 11 wins in 2019 came at SLS promoted tracks – River Cities Speedway, Wilmot Raceway and Lakeside Speedway. And the Series will return to all three in 2020.

There will, again, be two dates for River Cities Speedway in Grand Forks, N.D., first on June 5 and then on August 21. When the Series first visited the 3/10-mile track this year Logan Schuchart and James McFadden put on an exciting late race duel that kept fans at the edge of their seat until the end. Schuchart ended up with the win. Then when the Series returned to the track later in the year, Schatz dominated for a home state victory.

Before returning to Beaver Dam, the Series will look to make its first official appearance at the 3/8-mile Dubuque Speedway in Dubuque, Iowa on June 19. The next SLS race after that will be on July 11 at the 1/3-mile Wilmot Raceway in Wilmot, Wis.

David Gravel had an exceptional first year with Jason Johnson Racing in 2019, picking up 12 wins – including the Knoxville Nationals. One of those wins came at the 3/8-mile Big Sky Speedway, in Billings, Mont., after a thrilling battle with Schuchart and Schatz throughout the Feature. That battle may continue when the Series returns to the track on Aug. 29.

The final SLS promoted event of the year will be on Oct. 16, at the half-mile Lakeside Speedway. History was made at the track in 2019 with Schatz bringing a Ford powered World of Outlaws Sprint Car to Victory Lane for the first time in 21 years.

Ticket information for these events can be found by going to SLSPromotions.com.

The rest of the 2020 schedule will be announced in the coming weeks as the final pieces of the puzzle are put into place. However, it has already been announced the 2020 season will kick off Feb. 7-9 at Volusia Speedway Park, in Barberville, Fla., for the DIRTcar Nationals.