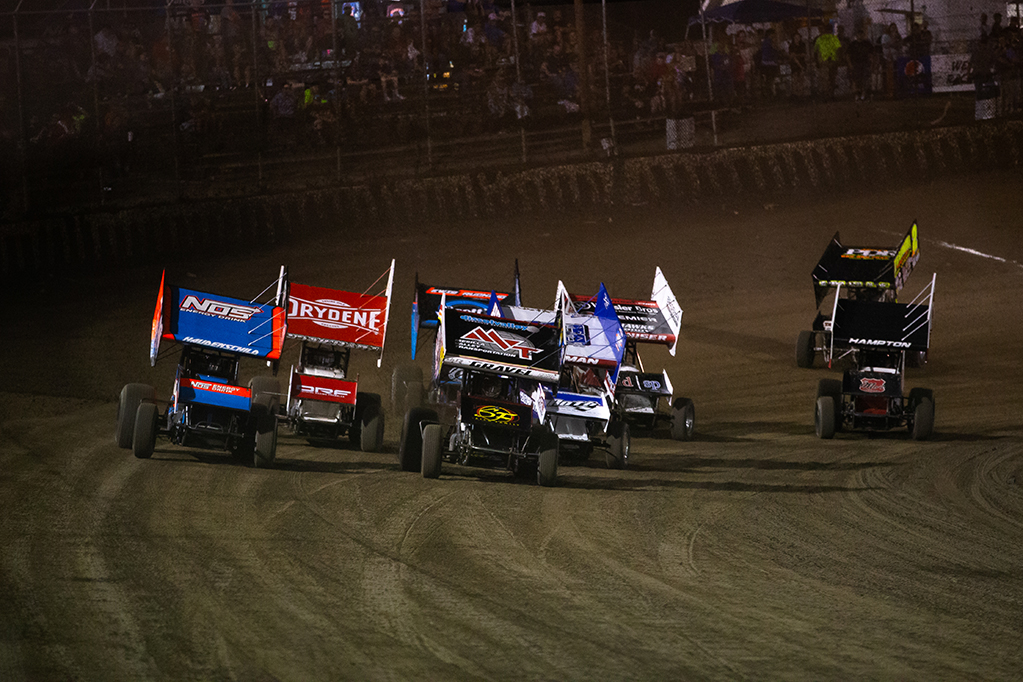 The Show-Me State has consistently shown us some of the best moments in the World of Outlaws NOS Energy Drink Sprint Car Series of late.

To close out March and ring in April, we’re re-visiting all three of those Missouri venues with The Greatest Show on Dirt set to thrill race fans yet again.

It all begins on Friday, March 26 with the sixth appearance in Series history at Osborn’s US-36 Raceway. One night later, it’s the $15,000/Win Jason Johnson Classic at Eldon’s Lake Ozark Speedway on Saturday, March 27. The following weekend on April 2-3 we’ve got back-to-back shows at Pevely’s Federated Auto Parts Raceway at I-55.

Of the 15 full-time drivers, five of them have claimed a World of Outlaws victory at two of the three Missouri tracks.

Sheldon, a native of Wooster, OH, enters US-36 as the only active Outlaw with a victory at the Osborn, MO 3/8th-mile. The three other NOS Energy Drink Sprint Car winners at US-36 are his father Jac Haudenschild (’06), two-time Series champion Jason Meyers (’07), and 105-time winner Joey Saldana (’09, ’16).

Oh, and the cherry on top, Haudenschild’s win at US-36 last August was one of the most memorable moments of the year. His Hail Mary run to complete a last-lap, last-corner pass on Series champion Brad Sweet will remain an instant classic for years to come.

“All three of those tracks down there in Missouri are such a blast, man,” Lil’ Haud offered. “We’ve had great races and I’ve had great race cars at all of them over the last few years. Those smaller, bull-ring type joints always find a way to produce epic battles. I know this next trip will be just as awesome as the last.”

Following US-36’s date on Friday, March 26, the World of Outlaws will head to Lake Ozark Speedway on Saturday, March 27 for the third annual Jason Johnson Classic.

Promoted by Bobbi Johnson, this event at the Eldon, MO 3/8th-mile is all about honoring Jason’s legacy and paying tribute to The Ragin’ Cajun. As a father to Jaxx, owner of Jason Johnson Racing, and beloved competitor by all, Jason’s impact reached far beyond his 12 World of Outlaws wins and 2016 Knoxville Nationals title.

Through eight previous events at Lake Ozark, Tony Stewart Racing’s Donny Schatz is the only driver with multiple victories. When it comes to the Jason Johnson Classic, though, those titles have gone to David Gravel in the JJR #41  in 2019 and Australia’s James McFadden aboard the Kasey Kahne Racing #9 last year.

For Carson Macedo, who is in his first full-time year with Jason Johnson Racing, this race is extra special to him.

“This race means a lot, especially for me driving Jason’s car with Bobbi & Jaxx [Johnson] and Phil [Dietz] all still involved,” Macedo noted. “Being the Jason Johnson Classic, all you want to do is deliver a win and get everyone to victory lane. You know David did that the first year when he was driving the #41, and hopefully we can put JJR back on top again when we go back.” With the 60th and 61st event coming up on April 2-3, Missouri’s I-55 will surpass California’s Calistoga Speedway to become the tenth-most visited track in World of Outlaws history.

As it stands, Slammin’ Sammy Swindell is the winningest driver at the Pevely, MO 1/3rd-mile with six total wins to his name. Steve Kinser (5), Craig Dollansky (5), Jac Haudenschild (3), Daryn Pittman (3) and Joey Saldana (3) are next in line.

“I remember the first time I came to Pevely probably back in 2010, and I was just in awe of the place,” Sweet said. “It’s just one of the most unique, most exciting tracks we go to all year.”

. @dirtvision REPLAY: @KyleLarsonRacin sets a new track record at @I55Raceway with an incredible lap of 9.995 seconds in Group A qualifying! Group B hot laps are on track now followed by Group B qualifying. Watch live on DIRTVision! pic.twitter.com/OXaCSI9c1b

Before the Missouri swing begins in late March, the World of Outlaws NOS Energy Drink Sprint Car Series has three weeks of racing to get the year rolling again with a revised spring schedule.

A Florida doubleheader at Volusia (3/5) and East Bay (3/6) leads into southern shows at Mississippi’s Magnolia (3/12) and Lousiana’s The Rev (3/13) before a Texas Two-Step at Cotton Bowl (3/19-20) caps the run ahead the a two-week Missouri stay. You can BUY TICKETS HERE.