Sheldon Haudenschild Joins the Outlaws in 2017 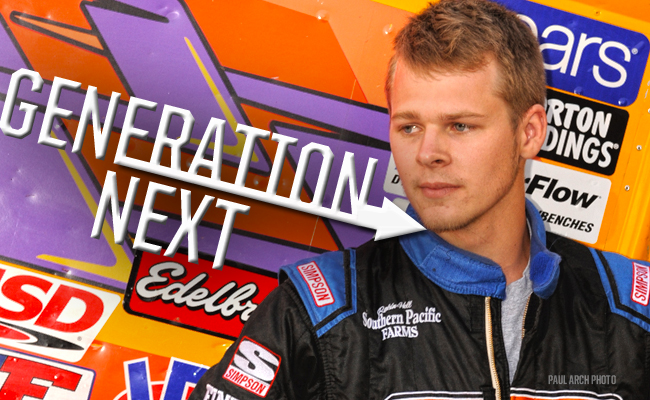 Haudenschild to pave his own way in the series

CONCORD, N.C. – February 3, 2017 – The Haudenschild legacy continues in the World of Outlaws Craftsman® Sprint Car Series. Haudenschild Racing announced Thursday that Sheldon Haudenschild will pilot the No. 93 car in the series’ 40th season. As a second generation Outlaw, Haudenschild seeks to build his own name on one of the most prestigious national tours in dirt racing.

“The Outlaws is everything,” Haudenschild said. “It’s something I grew up around and what my dad did. I’ve probably been to as many Outlaw races as anyone – not racing them but watching them when I was younger. To have the opportunity to do it myself is huge.”

His father, Jac Haudenschild, has collected 56 series wins, which ranks him 13th all-time. Jac ran his first full season with the series in 1986, but it was not until the mid-1990s that Sheldon began to watch his dad race. The 23-year-old now has the opportunity to complete his first-ever full season with the Outlaws, though he has raced sporadically with the series. At 16, Sheldon competed in 34 races between the 360 and 410 sprint classes – one of those starts being his first World of Outlaws race.

On September 25, 2009, Sheldon and Jac had the opportunity to race on the same track at Eldora Speedway, a local track for the Wooster, Ohio family. Sheldon finished sixth in the C-Main, while his father earned a top-10 finish. Since the first year in 2009, Sheldon has pieced together a team in hopes to run a national tour; he was successful, having run the past two seasons with the Arctic Cat All Star Circuit of Champions. Now, he commits to a larger schedule of 90-plus races in a 10-month span.

“I’ve had good guidance from my dad, but still this stuff is not handed to you by any means,” said Sheldon, who will field his own car. “The past couple years, my mom and dad have transitioned [Haudenschild Racing] over to me. They’re letting me find my own money and do it on my own. My dad’s letting me learn on my own, and I think that’s the best way someone can learn.”

When Sheldon joined a national tour two years ago, he took control of his racing team. The young gun handles all of the operations surrounding his team – a team that started with one motor, one crew member and a heap of used tires. In 2015, Sheldon was joined by family friend and long-time crew chief for his father, Bonzai Bruns. The duo finished in the top 10 in both seasons with the All Stars. In that time the team has grown – more than doubling its crew – and together they have built an inventory fit for a rigorous schedule.

“It’s always been a goal of ours, and we’ve been putting a lot of work into our own program,” Sheldon said. “I kind of got to the point where I didn’t want to stall out as a driver. I felt it was the time to make that move and just give it a shot really. People don’t realize how much work goes into this. We don’t have a lot of money, so the more work you put in, the more you’re going to get out of it.”

Haudenschild Racing will not only kick off its inaugural season with the Outlaws, but also do it on uncharted territory. Sheldon will be competing at the 46th Annual DIRTcar Nationals at Volusia (Fla.) Speedway Park for the first time in his career.

“I’ve never had the chance to race sprint cars in Florida although I’ve been a lot with my dad,” Sheldon said. “Running our own deal we never had the money to go down this early in the year. We’re really excited to get this rolling and get some races under my belt.”