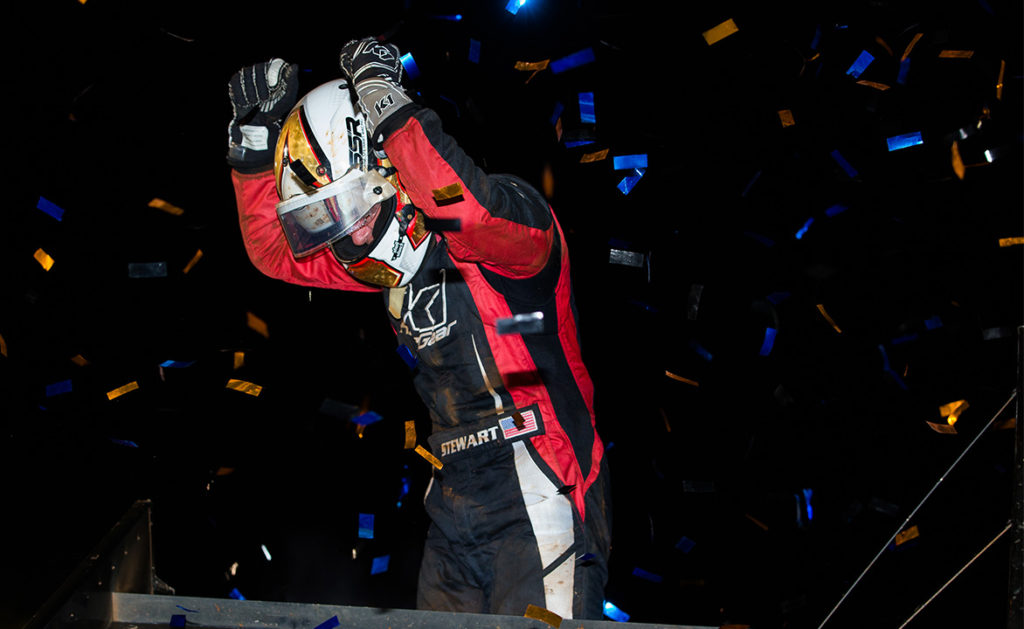 Stewart, 45, of Bixby, OK, will seek his first victory in Sprint Car racing’s premier event that includes 100 drivers competing for a $1 million purse.

“To say that I am excited to get back behind the wheel of a sprint car is an understatement,” Stewart said. “I didn’t think it would happen this year due to my commitment and duties of running Port City Raceway.”

Stewart is no stranger to crown jewel victories, having won the 2015 Kings Royal at Eldora Speedway.

In what was to be his final year of Sprint Car racing in 2020, Stewart picked up two memorable wins. The first came at the historic Williams Grove Speedway – during the prestigious Summer Nationals event – while driving the #71 for Bernie Stuebgen and the second came at Lakeside Speedway in his first start for Jason Johnson Racing.

He spent the majority of 2020 behind the wheel of Stuebgen’s #71 machine, which he will pilot at Knoxville with Trackhouse along for the ride. 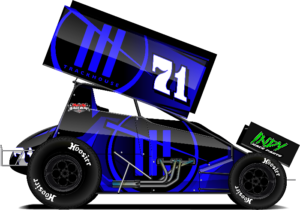 “Bernie and Betsy (Stuebgen) have been so good to me and my family over the years I couldn’t think of a better team to go run the Nationals with,” Stewart said. “To have my good friend Justin Marks supporting the effort with his Trackhouse brand makes this even more exciting for me to get back behind the wheel!”

Bernie Stuebgen said he is as happy as Stewart with the reunion.

“Very excited to get to Knoxville this year with Shane coming back to take controls of the #71 and to work with the guys from Trackhouse makes it that much better,” he said.

At the end of the 2020 season, Stewart announced his retirement from active competition, purchasing his home track, Port City Raceway in Tulsa, Oklahoma. However, the desire to win never left him.

Marks wanted to give Stewart one more chance at the Knoxville Nationals.

“Shane wants to win the most prestigious race in Sprint Car racing, and I want to help him,” said Marks whose Trackhouse Racing teams fields the No. 99 Chevrolet for Daniel Suarez in the NASCAR Cup Series. “I love nothing better than giving deserving drivers a chance and I think anyone who follows this sport knows Shane can win this race.”

Trackhouse Racing, a division of Trackhouse Entertainment Group, was founded in 2020 by Marks, who established the company’s headquarters in Nashville, Tennessee. In October of 2020, Trackhouse announced it would field the No. 99 in the NASCAR Cup Series with Suárez. In January of 2021, Trackhouse announced Armando Christian Perez (a.k.a. Pitbull) as a co-owner and transcendent ambassador.

Marks is also a former World of Outlaws owner, previously forming Larson Marks Racing, with Kyle Larson, before relinquishing his stake to Larson in 2018. Stewart was their driver.

For more information on the 60th Knoxville Nationals visit www.knoxvilleraceway.com, follow @KnoxvilleRaces on Twitter and like the track on Facebook and Instagram. Tickets for each night of the event are still available for purchase online or by calling the ticket office at 641-842-5431.

If you can’t make it to the track, you can watch all the action live on DIRTVision with the annual PLATINUM FAST PASS.