SEEING GREEN: Nearly $330,000 at Stake During Nine-Day Span for World of Outlaws NOS Energy Drink Sprint Cars May 24 through June 1 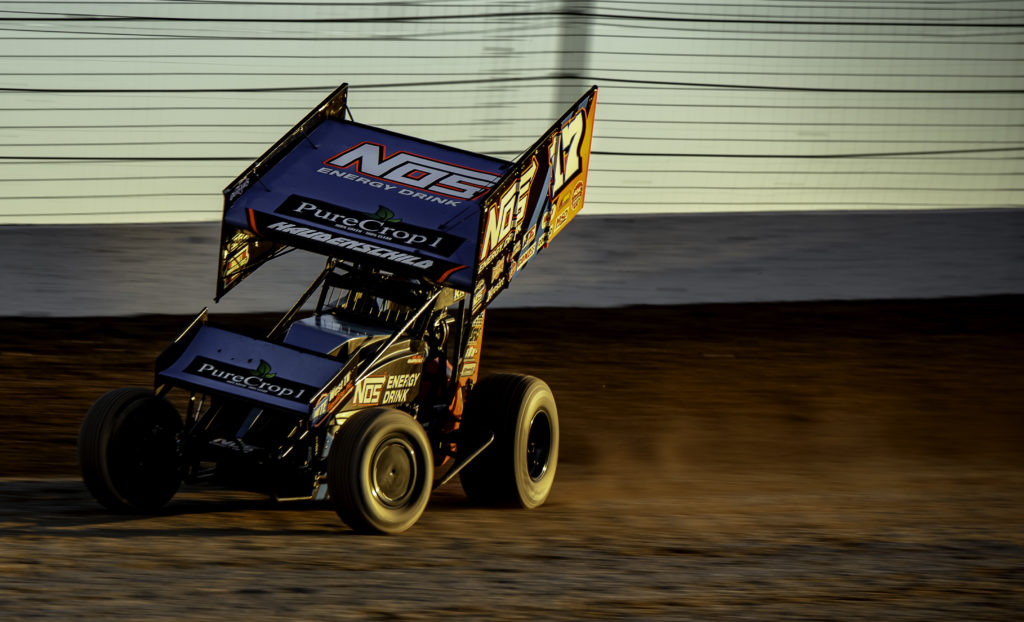 CONCORD, NC – In just over a week’s span the World of Outlaws NOS Energy Drink Sprint Car Series will make history hosting two new doubleheader events in May and paying out close to $330,000 over nine days.

The stretch begins at The Dirt Track at Charlotte with the World of Outlaws in the inaugural Patriot Nationals doubleheader Friday, May 24, and Saturday, May 25, and a purse of $15,000-to-win and $1,000-to-start Features both nights. There will be $118,700 in total purse winnings on the line.

A week later, the Series will make its inaugural trip to the quarter-mile Nashville Fairgrounds Speedway on Friday, May 31, and Saturday, June 1, for the Music City Outlaw Nationals. While it’ll be $1,000-to-start the Feature both nights, drivers will be competing for $15,000-to-win Friday night and an unprecedented $25,000-to-win Saturday night. In total the event will pay out $158,150 in purse winnings.

In between the two doubleheaders will be the Monday, May 27, race at Lawrenceburg Speedway for the Memorial Day Spectacular presented by KOI Auto Parts. The one-day race will pay $10,000-to-win.

Between the five races, one driver would have the opportunity to win $80,000 in about a week. And drivers are excited about it.

“It’s great we’re trying to build more events,” said Kasey Kahne Racing driver Brad Sweet. “Memorial Day weekend is a big weekend for racing and for us to be able to race for more money is great and then go to Nashville to race for more money is great. We look forward to keep building more events and the Series and the sport. We all love it and we all make a living at it, so it’s always great when promoters step up and try to pay more and build an event for the fans.”

Fans can expect to see a thrilling show, too. Stenhouse Jr.-Marshall Racing and NOS Energy Drink driver Sheldon Haudenschild said when there’s more money on the line “everybody gets their game face on.”

“As a Sprint Car driver, you want to race where the money is,” said Jason Johnson Racing driver David Gravel.