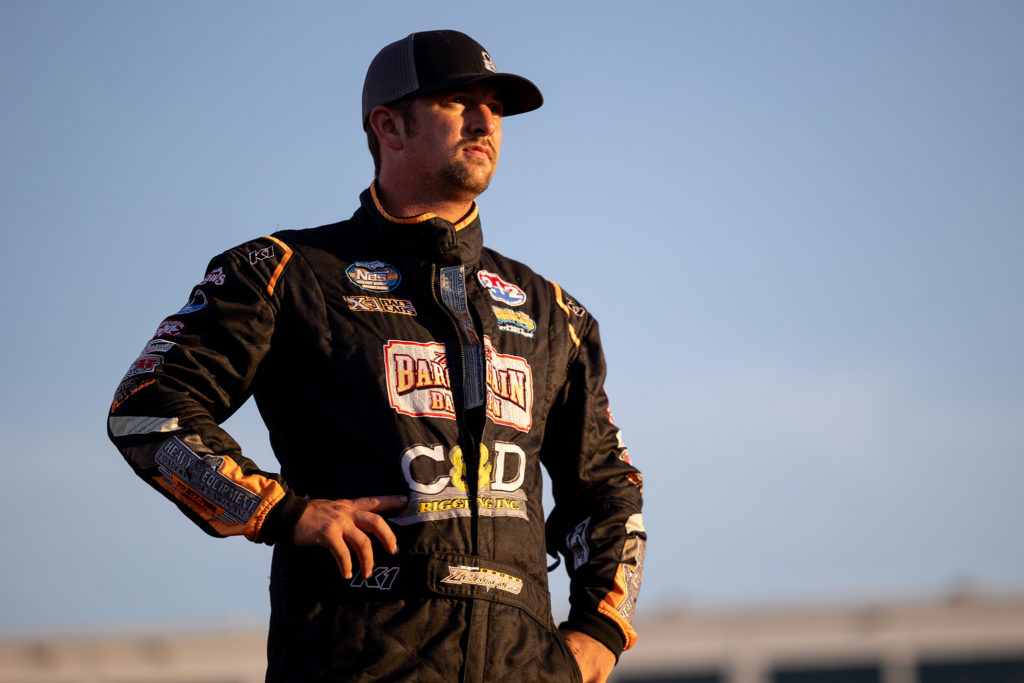 The Knoxville Nationals are known to change the lives of winners, and even the seasons of starters, too.

For Brock Zearfoss, he made his second-career A-Main at The Granddaddy of ‘Em All last week. His offical finish in the toughest Sprint Car race in the world was 15th out of 97 total entries, giving him an $11,000 payday, but more importantly a massive load of confidence.

With 24 races remaining in his pursuit of the Kevin Gobrecht Rookie of the Year Award, the Jonestown, PA native will look to carry that momentum into the homestretch and produce the results his Moose’s LZ Bar & Grill #3Z is capable of.

That opportunity to turn his season around begins this weekend as The Greatest Show on Dirt holds a triple-header through the Dakotas. Zearfoss will join the Outlaws at River Cities Speedway on Friday, Red River Valley Speedway on Saturday, and Huset’s Speedway on Sunday. Fans at home can watch Every Lap LIVE on DIRTVision.

“I still can’t get over how amazing last week was for our whole team,” Zearfoss said. “The atmopshere of the Knoxville Nationals is second to none, and we couldn’t be more proud to qualify for Saturday’s A-Main. It’s a pretty surreal feeling to have your named added to the starting grid. It just goes to show what this team is capable of.”

Currently ninth in World of Outlaws points, Zearfoss has collected 14 top-10 finishes through 49 Features. Those numbers are from the truth when you look at his success which has been hampered by bad luck this season.

The 30-year-old was in position for a season-best run twice at I-70 (MO) Motorsports Park, but both nights a podium run was stripped from his hands. Zearfoss led 10 laps, but a late-race restart sent him from third-to-seventh, while the other night came to a screeching halt when a mechanical failure sent the #3Z hard into wall as he was running third.

It was a crash that sidelined him for two weeks with concussion-like symptons, an injury that put things in perspective as he was forced to sit at home and watch on DIRTVision.

“We’ve really went through the ups and downs this year,” Brock mentioned. “Those tough times are what make you fully appreciate the great moments, though. It’ll make any successes, even Knoxville last week, feel that much sweeter knowing what we’ve overcame.”

This weekend, Zearfoss officially kicks off the final 24 races of the 2021 season. With the momentum from Knoxville on his side, he looks to breakthrough and deliver the results his team set out for back in February when they launched this rookie season.

Later in the year, Zearfoss will get four more races in his home state of Pennsylvania, where his first-career World of Outlaws win came in 2017. Those events this fall include the $75,000/Win National Open at Williams Grove Speedway on October 1-2, and the Nittany Showdown at Port Royal Speedway on October 8-9

“We’ve got another big weekend ahead, so hopefully we can put this momentum to the test and get ourselves another Outlaw win,” Zearfoss noted.”

If you can’t make it to the track, you can watch every World of Outlaws race live on DIRTVision – either online or through the DIRTVision App.