He wanted to keep the momentum going. Keep winning.

“It’s been an awesome year,” Gravel said. “To win the Knoxville Nationals and be strong with a second and third and win here since then, it’s been great.”

The Watertown, Conn.-native faced several challenges en route to his 46th career World of Outlaws victory. One uncontrollable and the others not much more forgiving.

With potential weather approaching the Billings, Mont. area, Features were swapped, cutting teams’ time to prepared by about 20 minutes.

Gravel had the privilege of starting second for the 35-lap Feature – a position he familiarized himself with all night. He finished second in his Drydene Heat race and then second in the DIRTVision Fast Pass Dash.

Logan Schuchart, who finished second to Gravel at the Knoxville Nationals, bested him in the Dash and then bested him on the start of the Feature. Schuchart took command on the initial start, jumping to the lead and pulling away from Gravel.

The Shark Racing driver caught lap traffic by Lap six, but was still able to maintain more than a second lead over Gravel. Both drivers rode the high side of the 3/8-mile track for the majority of the race. But near the halfway point, while Schuchart continued to run high, Gravel transitioned to the bottom.

With 18 laps to, Gravel eliminated Schuchart’s 1.6 second lead and snuck underneath the Drydene No. 1s. The two stayed side by side, wheel to wheel, for the next two laps. Their bumpers traded the lead turn after turn. However, the bottom eventually prevailed.

The Mesilla Valley Transportation No. 41 edged ahead of Schuchart with 16 laps to go.

“Top was kind of dominate all night,” Gravel said. “It was better to be running second there. I found the bottom and took the chance to go down there and it felt really good. I poked my nose on him (Schuchart) one time and luckily I got by him before he knew I was running the bottom.”

Schuchart said he knew Gravel was sneaking underneath him, but thought moving to the bottom would have hurt him rather than helped.

“I felt my car dying down, kind of quit working,” Schuchart said. “I knew he was on the bottom, but it was hard to turn and get back down to the bottom of the racetrack. I felt like if I did try to block him or take his line away I was going to lose more than I was going to gain.”

Ten-time Series champion Donny Schatz followed Gravel’s line, shooting underneath Schuchart to take second on Lap 19. However, lapped traffic hindered Schatz’s charge and allowed Schuchart to power back around him to reclaim the runner-up spot the next lap.

Schatz and Schuchart then dueled as if they were fighting for the win in the remaining 15 laps. Lapped cars continued to bother Schatz, though. Every time he tried to dive underneath Schuchart, a lapped car blocked his exit off the corner.

Gravel faced his own battle with the lapped cars, having to navigate large packs of slower cars at a time. They didn’t slow him down, though. With three laps to go, Gravel had a 4.6 second lead over Schuchart.

Then, in the time it took for a quick flash of lightning far in the distance, Gravel’s lead was gone. A caution came out for a car spun in turn two.

The battle for the lead was going to come down to a brawl between Gravel, Schuchart and Schatz.

When the green flag flew for the final time Gravel showed just how strong he really was on the bottom. Gravel and Schuchart went low into the first turn, but Gravel made better use of the line, pulling away from Schuchart and the rest of the field by several car lengths.

Gravel cruised to the win, adding another floor to the tower of momentum he is building with his Jason Johnson Racing team.

“We were working all night on this car, struggling to find a balance and with the weather and getting this [Feature] done before the Street Stock [Feature] we were thrashing,” Gravel said. “These guys gave me a great race car. Just have to thank them for putting me in contention.”

Schuchart held on to finish second – his seventh runner-up finish since his last win in June – over third-place Schatz.

“Sometimes used tires aren’t bad. Tonight, we put a used one on that was already cut up and I think it just quit working in the middle of the race,” Schuchart said. “It’s really chunked up, ripped apart compared to Dave’s and Donny’s.”

Gravel’s win has inched him closer into the championship points battle. He is now 76 points behind second-place Brad Sweet and 106 points behind Schatz.

To make it a three-way battle for the title, Gravel knows he has to keep his momentum going. Wins help, too.

“Hopefully we’ll keep this up and keep the pressure on the front two guys,” Gravel said. 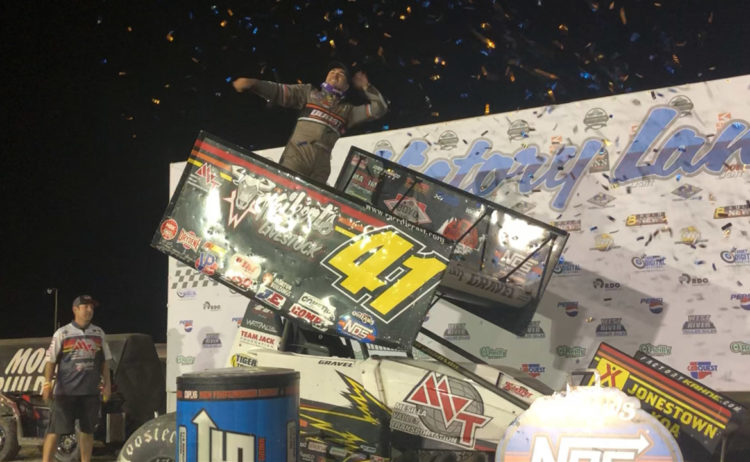 As always, if you can’t make it to the race in person, you can watch all of the action LIVE on DIRTVision.com. 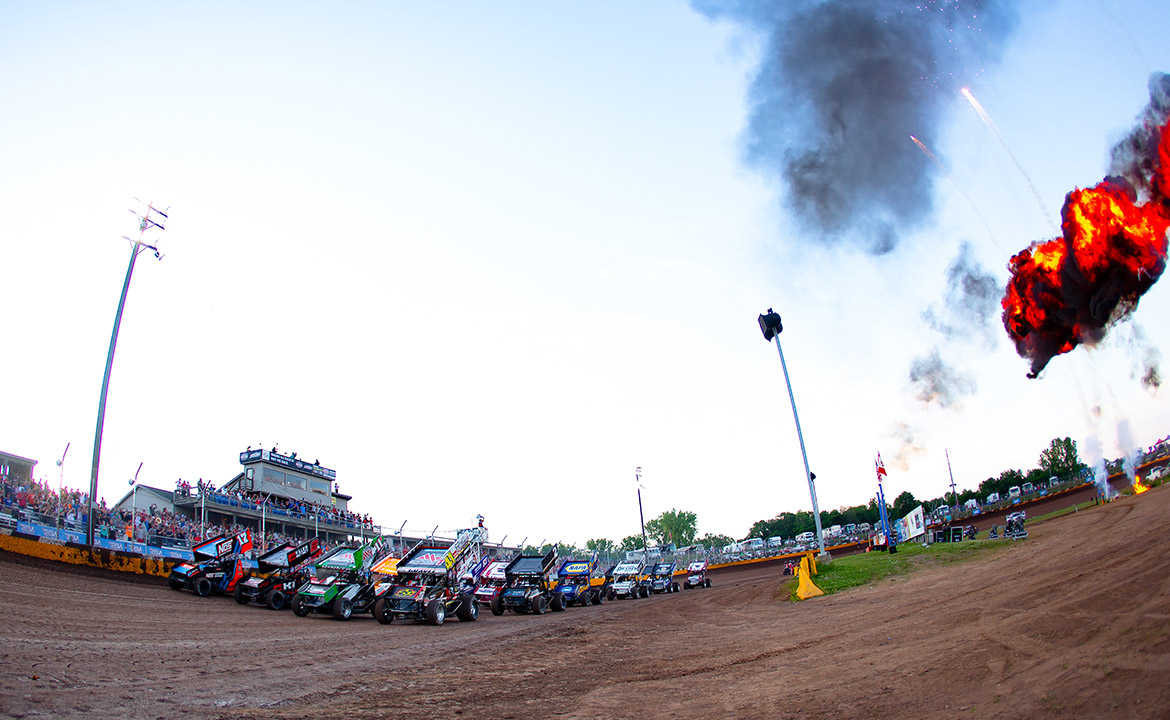 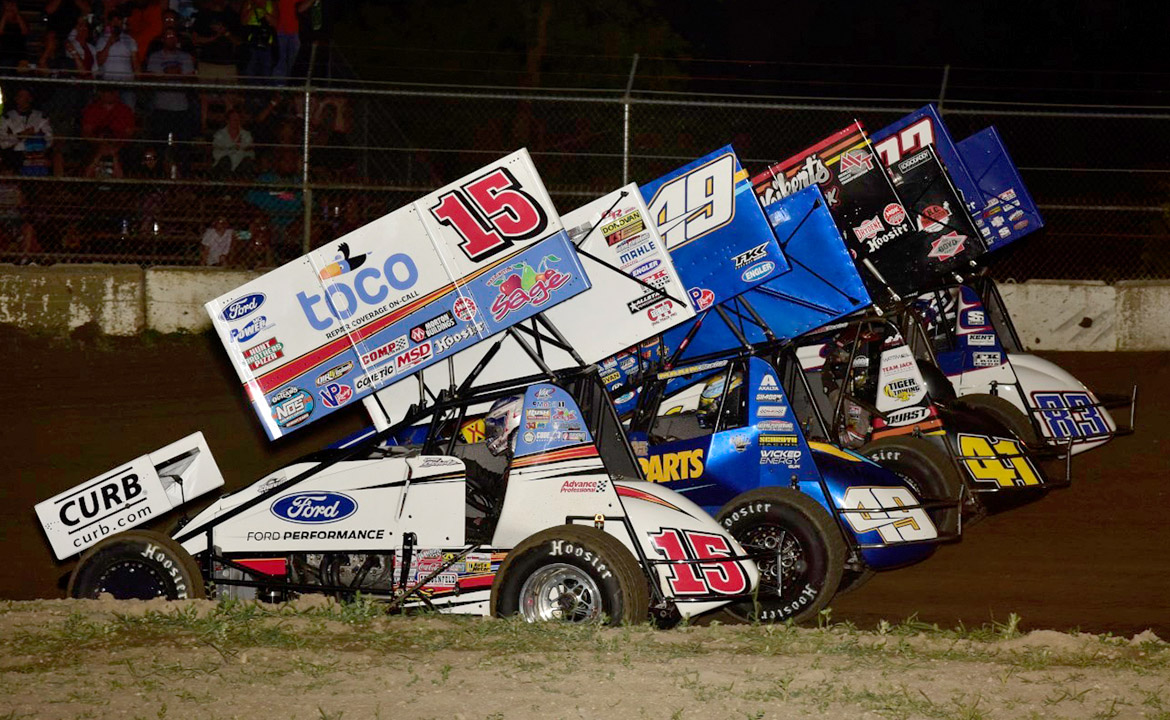 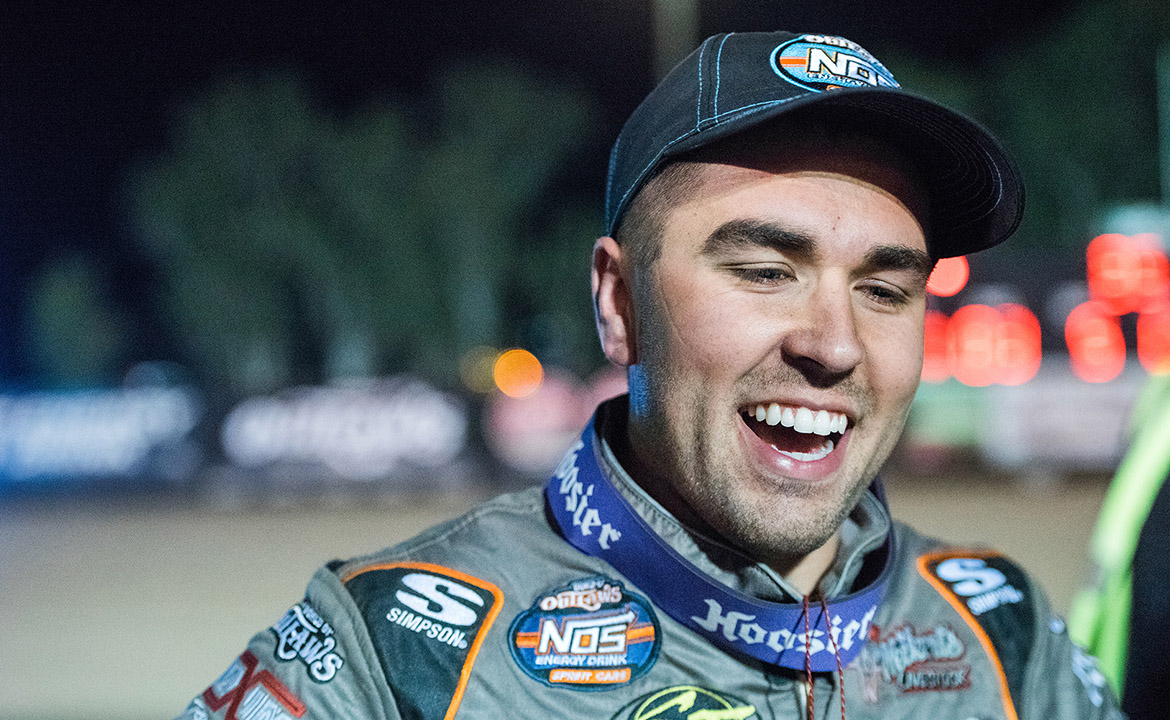 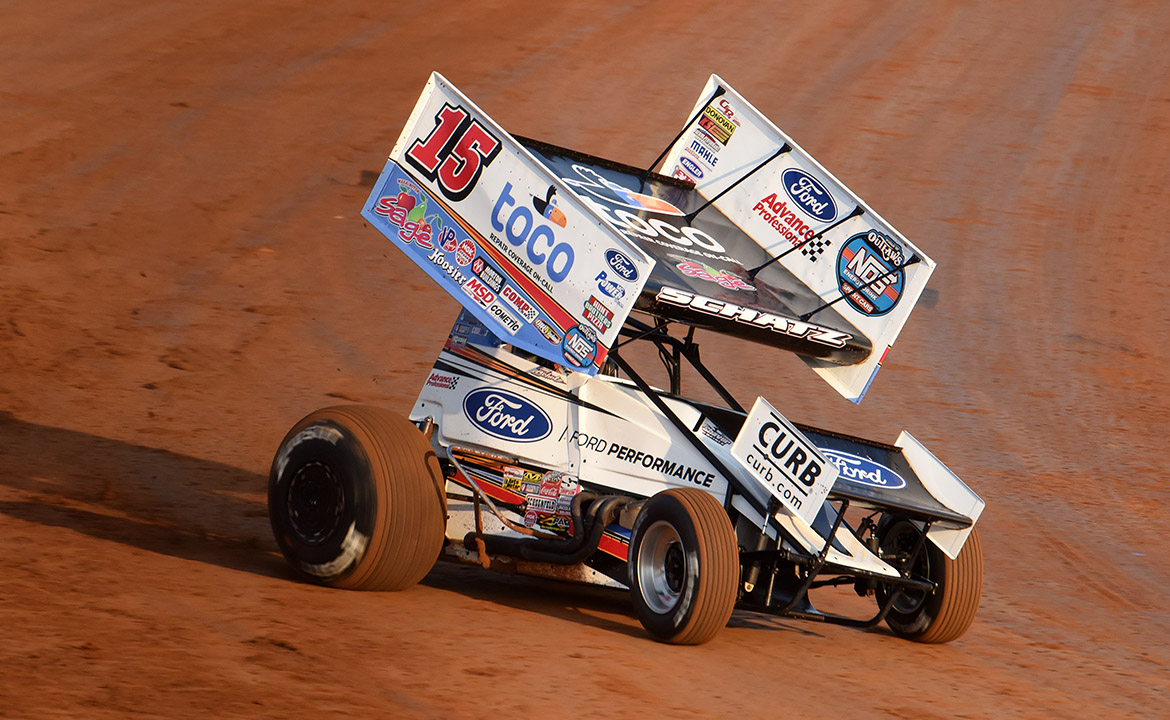 AT A GLANCE: Schatz looks to continue winning ways at Black Hills and Big Sky 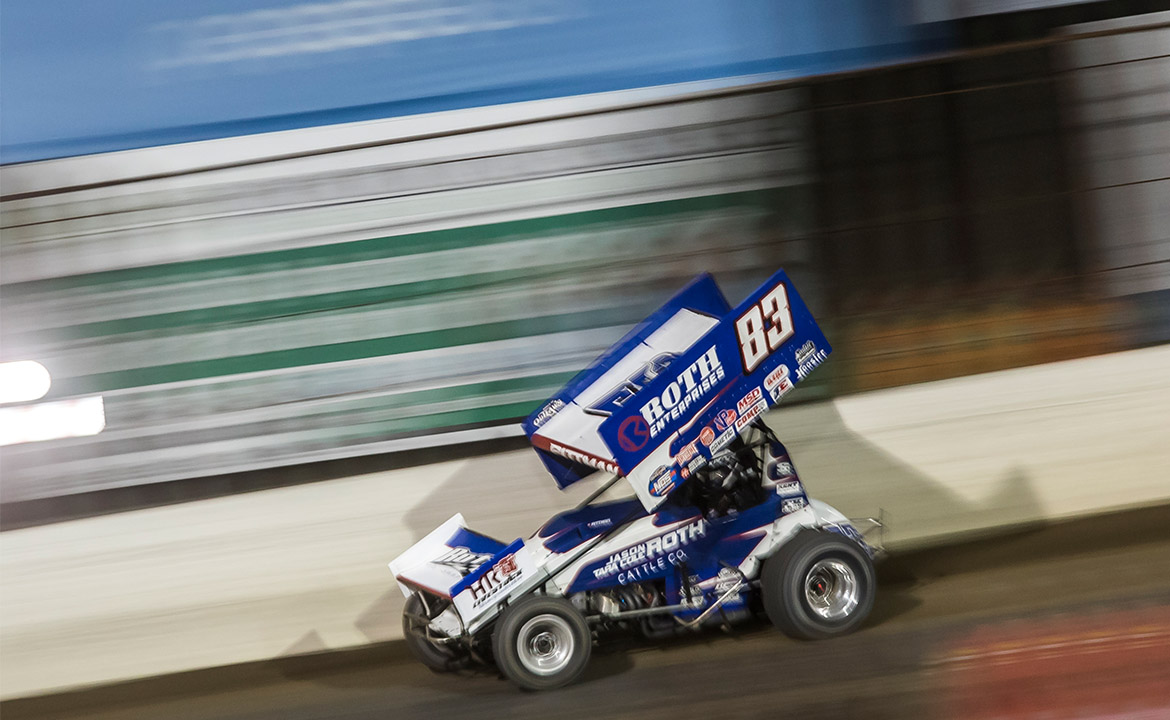 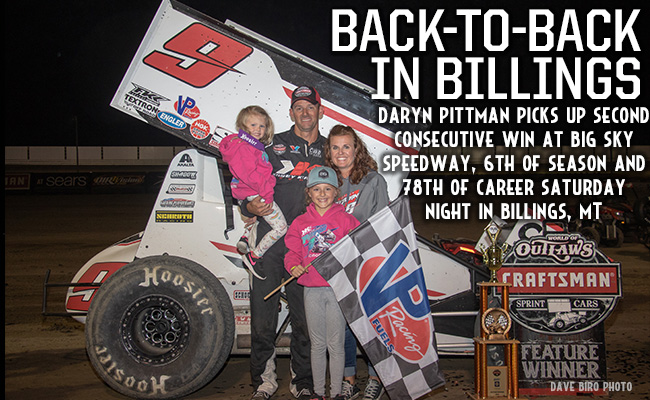 Up to Speed: The Brawl at Big Sky Speedway for the World of Outlaws
Results

The World of Outlaws NOS Energy Sprint Car Series kicks off a four-race swing from Iowa to Wisconsin to Indiana and eventually Ohio beginning Friday night. It begins to shape the next couple of months on the tour.

Following events Friday at 34 Raceway, Saturday at Wilmot Raceway, Sunday at the Terre Haute Action Track and Tuesday in the Ohio Logistics Brad Doty Classic at Attica Raceway Park, the World of Outlaws stars will turn their focus to Pennsylvania.

The Don Martin Memorial Silver Cup on Tuesday, July 21, at Lernerville Speedway remains one of the most historic events on the tour each year, and at $25,000 the biggest midweek payday all season. In addition, the previously postponed Gettysburg Clash presented by Drydene at Lincoln Speedway is rescheduled for Thursday, July 23, ahead of the July 24-25 Champion Racing Oil Summer Nationals at Williams Grove Speedway.

“These are some of the most challenging times we’ve ever experienced on many different levels,” World of Outlaws CEO Brian Carter said. “Our goal is to provide entertainment to our fans and high-level competition for our teams while also doing it as safely as we possibly can. We continue to work with local and state governments across the country, and in some cases it just doesn’t make sense to bring the Series to several of the locations that were originally scheduled given the current environment. Therefore, we’re doing our best to let our fans know where they can expect to see us over the next few months. And of course, they can always watch us on DIRTVision no matter where they reside.”

Mass gathering restrictions related to the COVID-19 pandemic have affected the events scheduled for July 31-Aug. 2 in New York. The event that was to run July 31 at Ransomville Speedway will be rescheduled for the 2021 season, and fans with tickets can use their same tickets for that event. The Empire State Challenge scheduled for Aug. 1 at Weedsport Speedway and the event Aug. 2 at Orange County Fair Speedway are canceled for 2020 and tickets will be handled through the tracks.

Two huge August weekends follow. First up is the Aug. 7-8 Ironman Weekend at Federated Auto Parts Raceway at I-55 with fully open grandstands. The World of Outlaws NOS Energy Drink Sprint Cars “Return to Racing” included I-55 in May with Brad Sweet and Kyle Larson winning a couple of thrillers.

The next week, Aug. 13-15, is “The One & Only” at Knoxville Raceway featuring the $50,000-to-win Brownells Capitani Classic presented by Great Southern Bank. Three World of Outlaws NOS Energy Drink Sprint Car Series races will run in place of the NOS Energy Drink Knoxville Nationals presented by Casey’s General Store with a total prize money in excess of $400,000. With limited three-day ticket packages available in advance, fans are encouraged to secure their seats at WorldofOutlaws.com before it’s too late.

Like normal, the Outlaws will head to North Dakota after Knoxville. The Series will invade River Cities Speedway Aug. 21 in Grand Forks and then head Aug. 22 to Red River Valley Speedway in West Fargo. The event originally scheduled for Dakota State Fair Speedway in Huron, SD, has been canceled, and fans will be contacted by SLS Promotions.

A major shift in the schedule will then take place. Rather than head towards the West Coast where local restrictions in several municipalities will make it impossible for the Series to compete, the Outlaws will aim to fill that stretch of the schedule from Aug. 28 through Sept. 19 with races that had been postponed in the spring when the sports world shut down.

Fans who purchased tickets to Black Hills, Santa Maria, Grays Harbor, Stockton and Calistoga will receive a credit for the face value of their ticket in their MyDirtTickets.com account. If a refund is preferred, CLICK HERE to request a face value refund.

All events, including The One & Only at Knoxville, will be broadcast on DIRTVision to Fast Pass subscribers.