Event Description
"The Greatest Show on Dirt" invades Wisconsin for the first time in 2021 with an extended stay at Beaver Dam.

Smoking Policy
There is no regulation on smoking in the grandstands but, please be courteous of others around you.

A new year, some new dirt and totally new circumstances could do nothing in deterring Sheldon Haudencshild’s familiar path to victory lane at Beaver Dam Raceway.

The Wooster, OH native led all 35 laps in Friday’s Feature at the Beaver Dam, WI 1/3-mile, joining Joey Saldana and Brad Sweet as the only driver to earn back-to-back wins in the Jim “JB” Boyd Memorial. His second-straight win at the track put the Stenhouse Jr. / Marshall Racing, NOS Energy Drink #17 back on top as the winningest World of Outlaws team in 2022 with six scores to their credit.

It was a win that meant a little something extra, as well. At age 28, Sheldon’s 28th career win with the Series officially brought the Haudenschild family to 100 combined World of Outlaws victories, counting another 72 previously provided by his legendary father, Jac.

A nearly perfect evening greeted Lil’ Haud in Friday’s first of five dates this season in Wisconsin. He established a New Track Record (11.025 seconds) in My Place Hotels Qualifying, dominated the DIRTVision Fast Pass Dash, and controlled the NOS Energy Drink Feature from start to finish. The young buck had to overcome several restarts, a string of lap traffic backmarkers, and a fast, heavy 1/3-mile surface to get his fourth win in his last eight starts.

“This one is all of my guys,” Haudenschild proclaimed. [Kyle] Ripper is a smart guy, and we’ve got Stephen [Hamm-Reilly] and Jakob [Weaver] working their tails off. They deserve these wins as much as anyone else. We just needed a little time to click, but now were taking advantage of it. It’s pretty cool to get dad and I up to 100 wins. I’ve got a ways to go to catch him, but we’ll keep clicking away.

I knew the #41 [Macedo] would be good with the way this place was set up tonight. He showed me his nose on an early restart and I knew I had to switch it up and get going. Honestly, for the amount of rain they’ve had here, you can’t really ask for much more. They did a great job for the hand they were dealt and I’m excited to see how tomorrow turns out.”

Chasing Haudenschild to the checkered flag with his second runner-up result of the season was Carson Macedo, who was hoping to beat the #17 to six wins first. The five-time victor for Jason Johnson Racing was solid all night long in the #41, but struggled to capitalize as Haudenschild aced each restart and the subsequential run into lap traffic.

The Lemoore, CA native had one final Hail Mary chance on the final lap, but couldn’t muster a big enough run and settled for a 0.514-second margin of victory when it was all said and done.

“Lap cars were tough tonight,” Macedo mentioned. “You really had to hustle around them with how much grip the bottom had. I knew that was probably my best bet, but I just couldn’t get there when I needed to. Definitely a great night, though, and we’ll take this into tomorrow hoping to make it a win.”

Finishing on the podium for the first time in more than two months was David Gravel in the Big Game Motorsports #2. The Watertown, CT was riding 12 top-10 results in 13 starts with an average finish of 7.2 entering the night. They had been consistent, but not nearly as stout as expected. That changed on Friday as DG matched his Beaver Dam career-best with a fourth third-place effort in the Huset’s Speedway machine.

“It just feels good to get back up on the podium,” Gravel noted. “I felt like we maybe had a car fast enough to win, but you need the perfect start with how the track was – and we got that – but that red flag to start really hurt us. I’m thinking tomorrow night we’ll probably see a way different track. We don’t want to be here in third place, but I’ve been off the podium for a while, so it’s good to bring Cody [Jacobs], Trey [Bowman], and Zach [Patterson] back up here where they belong.”

The red flag Gravel mentioned was a gnarly three-car crash involving Kraig Kinser, JJ Hickle, and Josh Schneiderman down the backstretch on the opening lap. The #2 had assumed early command of the lead, but the nasty tri-flip occurred before everyone could complete Lap 1. On the ensuing restart, James McFadden of Roth Motorsports went for his one wild ride on the first circuit. Thankfully, all drivers climbed from their cars under their own power.

Rounding out the top five was Spencer Bayston, making his Beaver Dam debut, with a fourth-place finish in the CJB #5, and Logan Schuchart of Shark Racing with a P5 result. Closing out the top-10 behind them was Brad Sweet in sixth, Rico Abreu in seventh, Giovanni Scelzi in eighth,  Donny Schatz in ninth, and Aaron Reutzel in tenth.

Sheldon Haudenschild’s 28th career World of Outlaws NOS Energy Drink Sprint Car Series victory puts him beyond Paul McMahan and Tim Shaffer, and into a tie with Kerry Madsen for 21st on the All-Time Win List. His victory brings the Haudenschild family to 100 total victories with the Series, thanks to another 72 from his father, “The Wild Child” Jac Haudenschilld.

Beaver Dam (WI) Raceway is the fourth venue Haudenschild has multiple World of Outlaws wins at, joining I-55 (MO) Raceway, Volusia (FL) Speedway Park, and Cotton Bowl (TX) Speedway. By commanding another 35 laps on Friday, Haudenschild surpassed 1,000 laps led with the World of Outlaws NOS Energy Drink Sprint Cars. He’s the 15th different driver to reach that milestone since the turning of the century in 2000.

Among the most notable season-debut performances on Friday was that of Rusty Borland, who earned the KSE Hard Charger Award with a 23rd-to-15th run as he laid down his career-best finish with the Series.

UP NEXT (Sat) – The 12th annual Jim “JB” Boyd Memorial concludes on Saturday, June 18 with a $20,000-to-winn show awaiting The Greatest Show on Dirt at Wisconsin’s Beaver Dam Raceway. After that, a four-race week awaits the World of Outlaws NOS Energy Drink Sprint Car Series with a quartet of Huset’s Speedway shows (Wed-Sat) capped off with the $100,000-to-win High Bank Nationals. Fans can BUY TICKETS HERE, or watch every lap LIVE on DIRTVision. 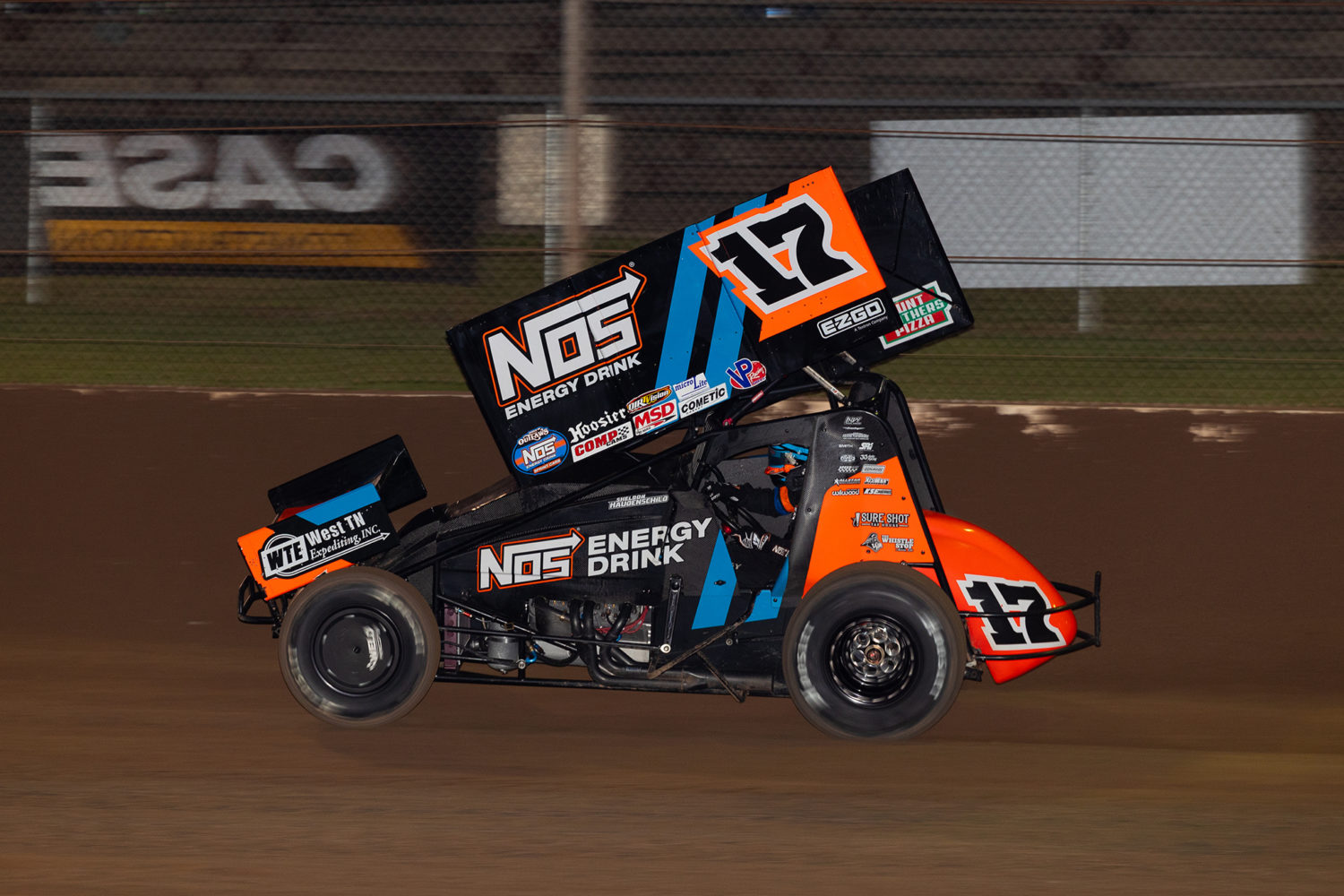 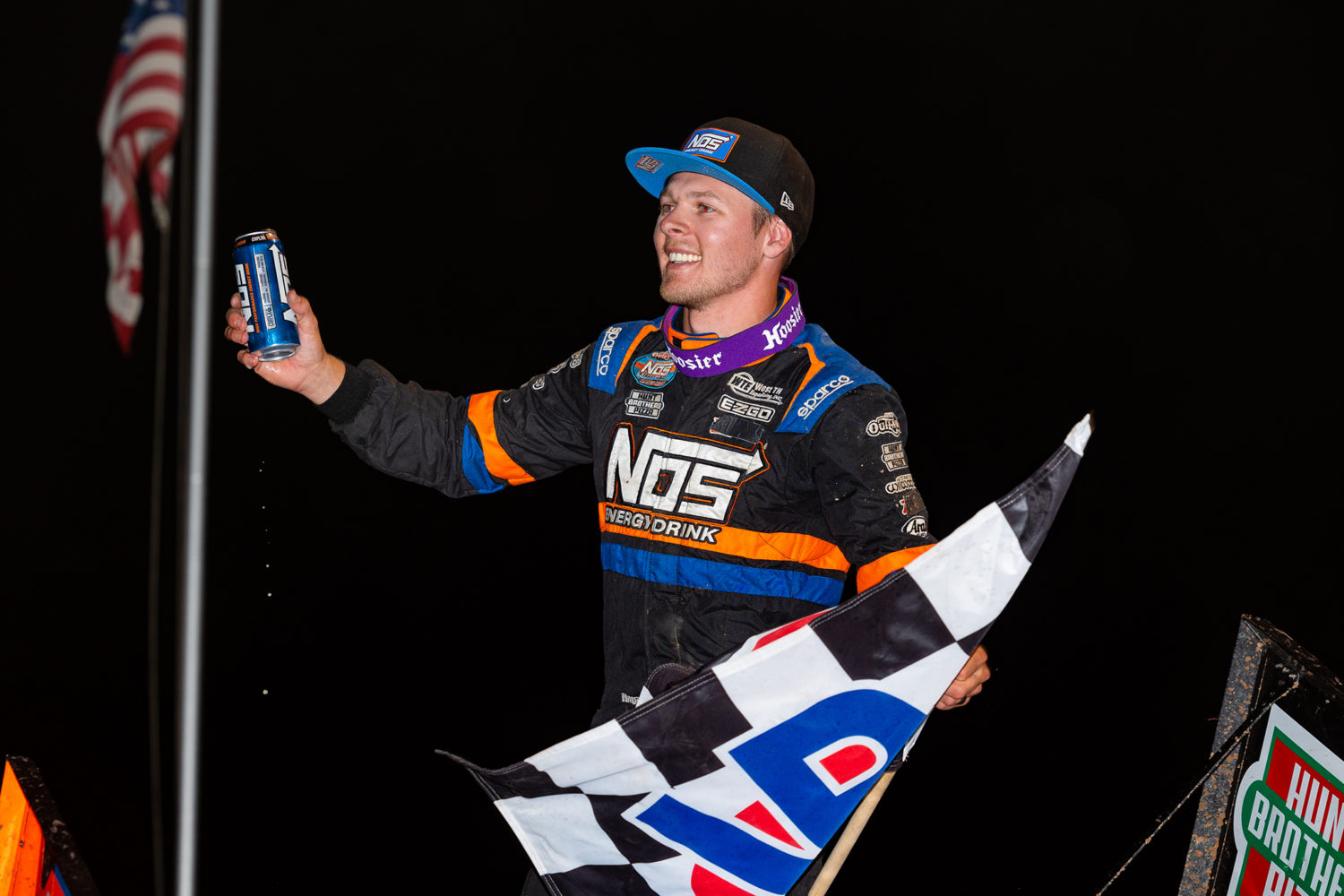 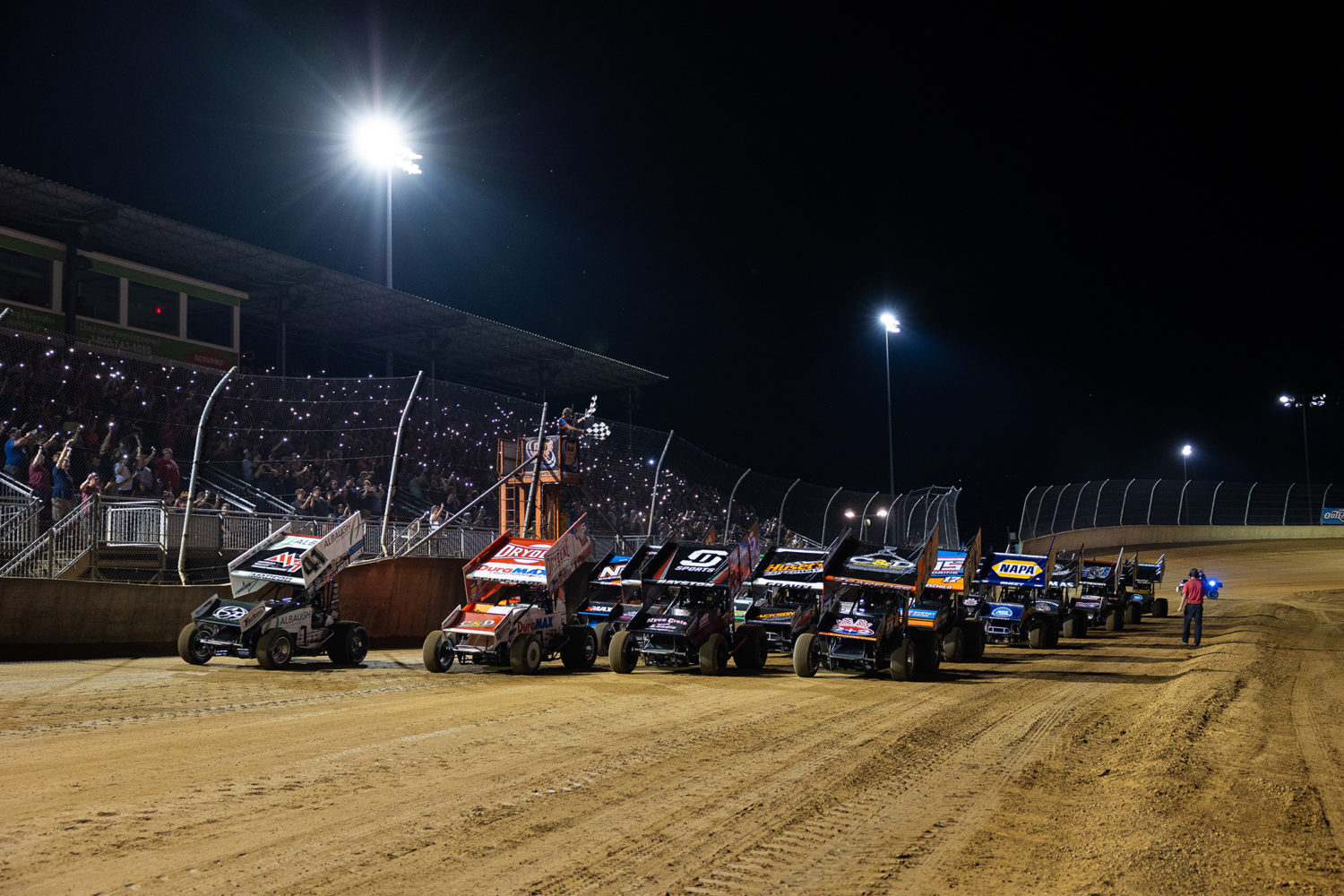 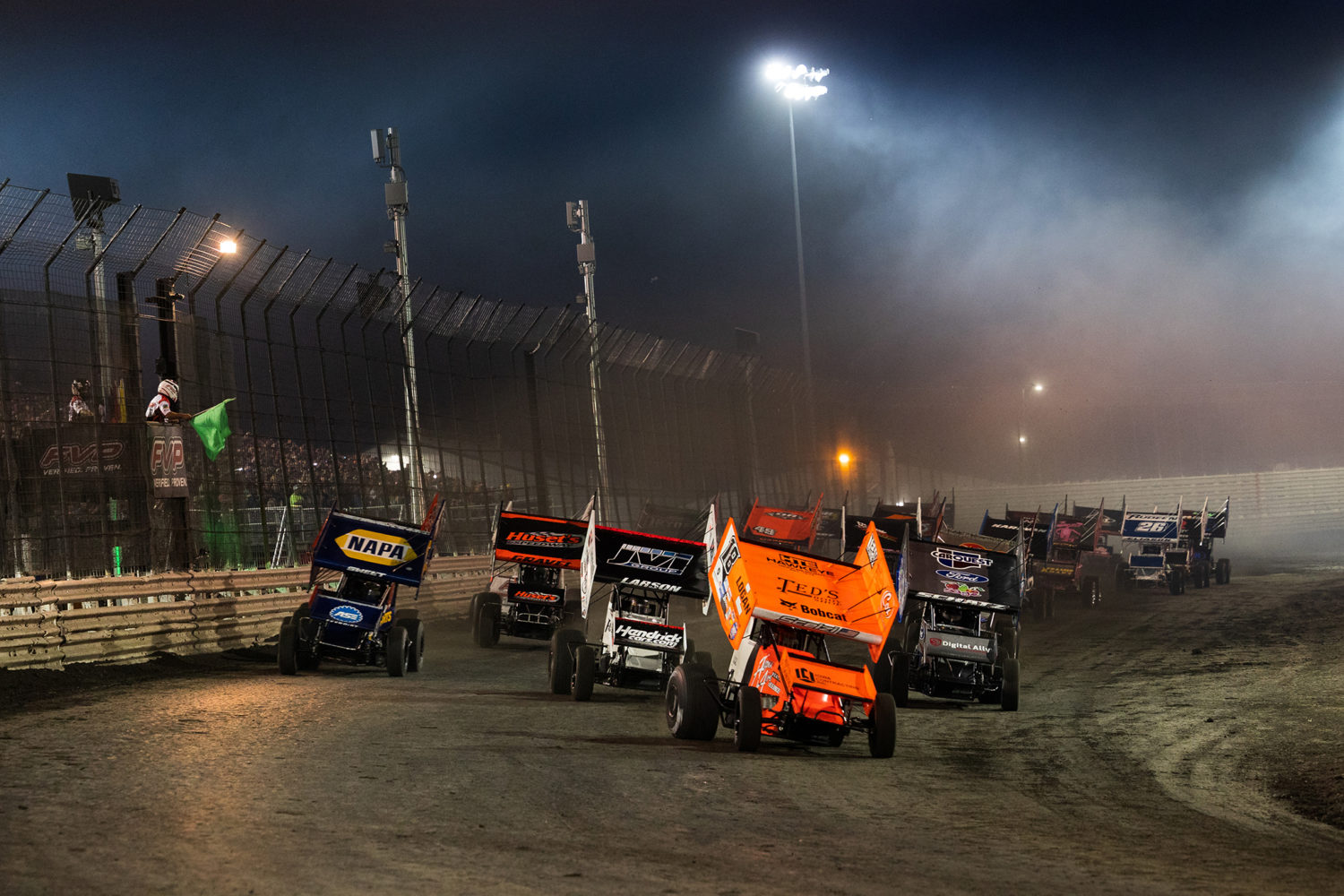 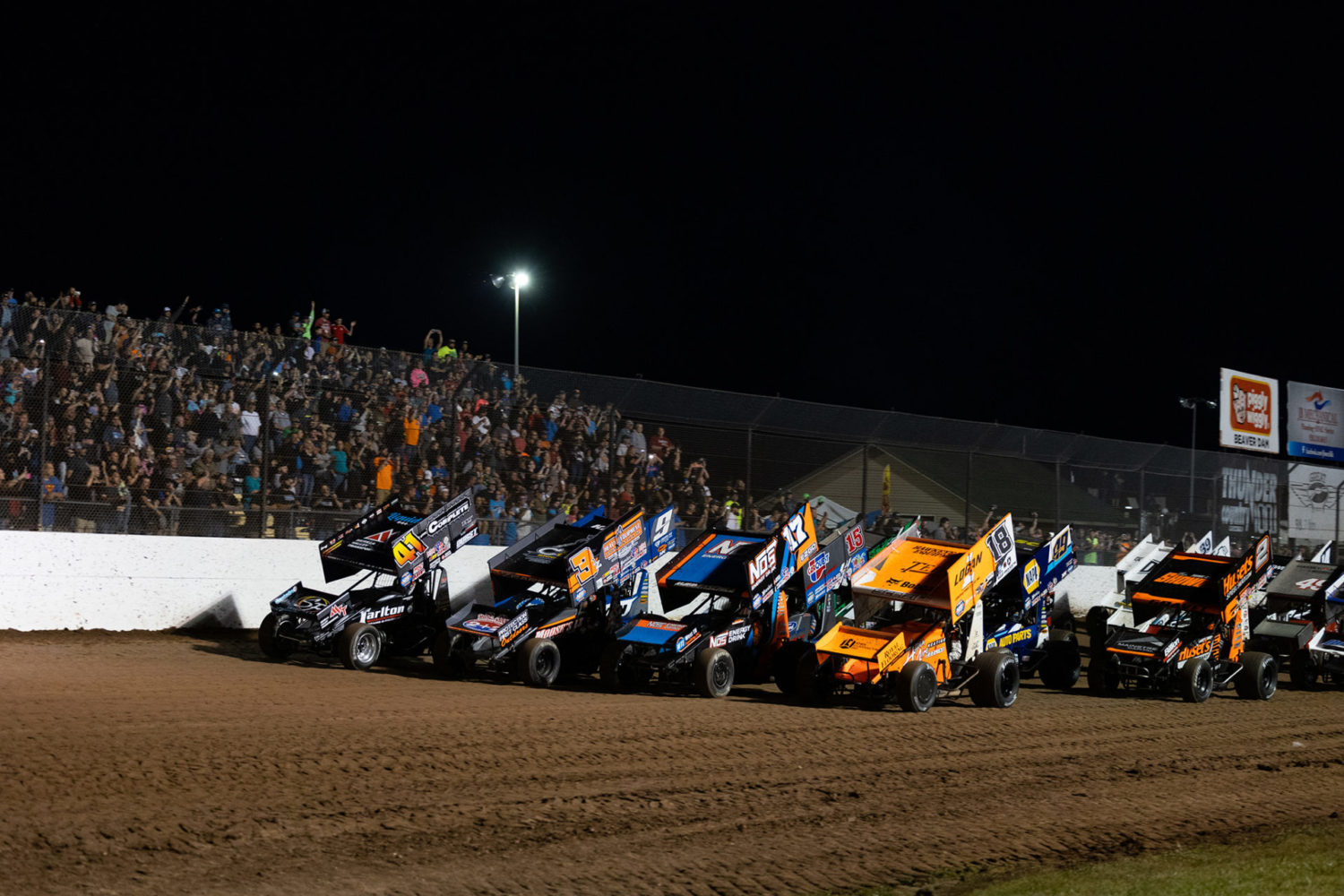 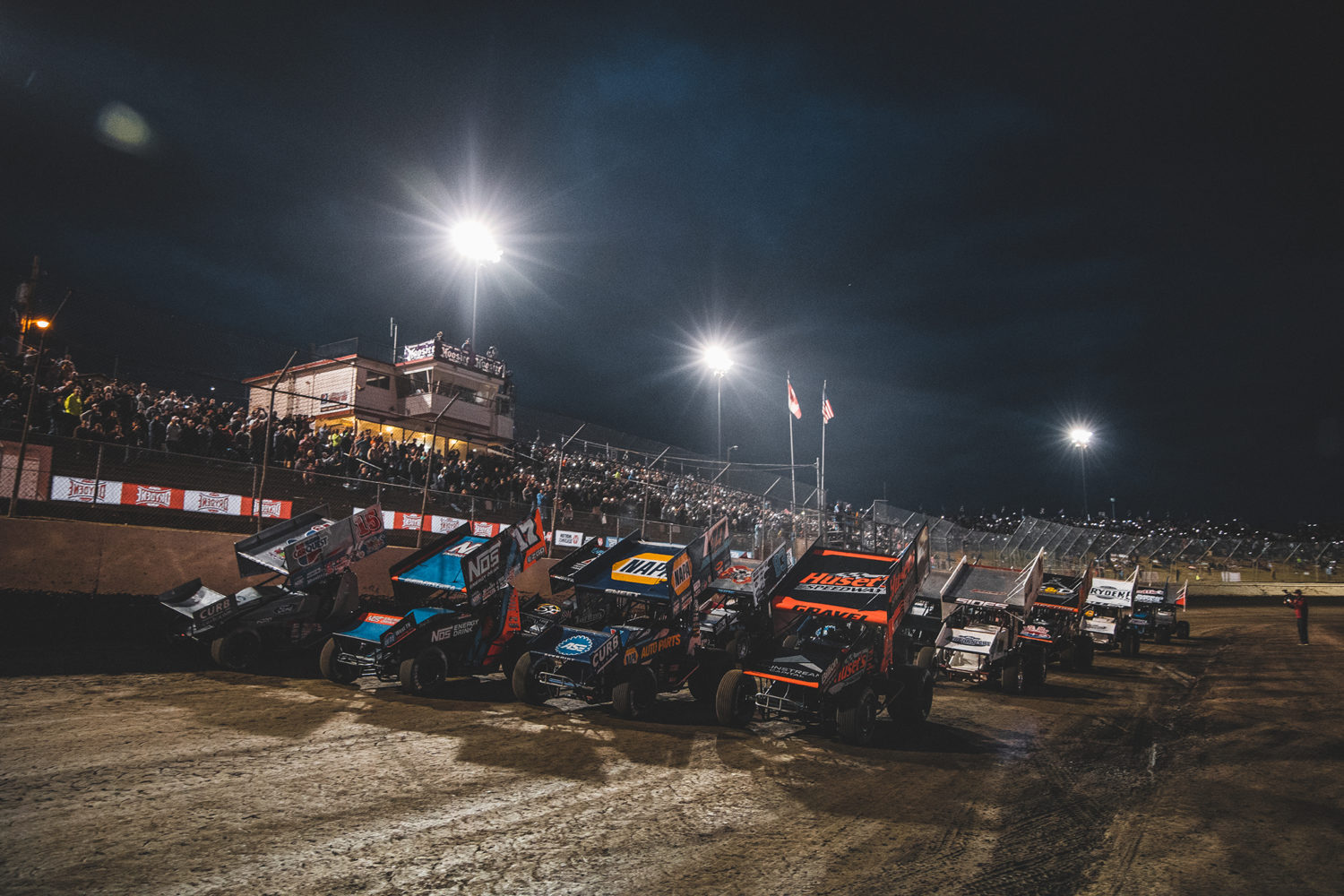 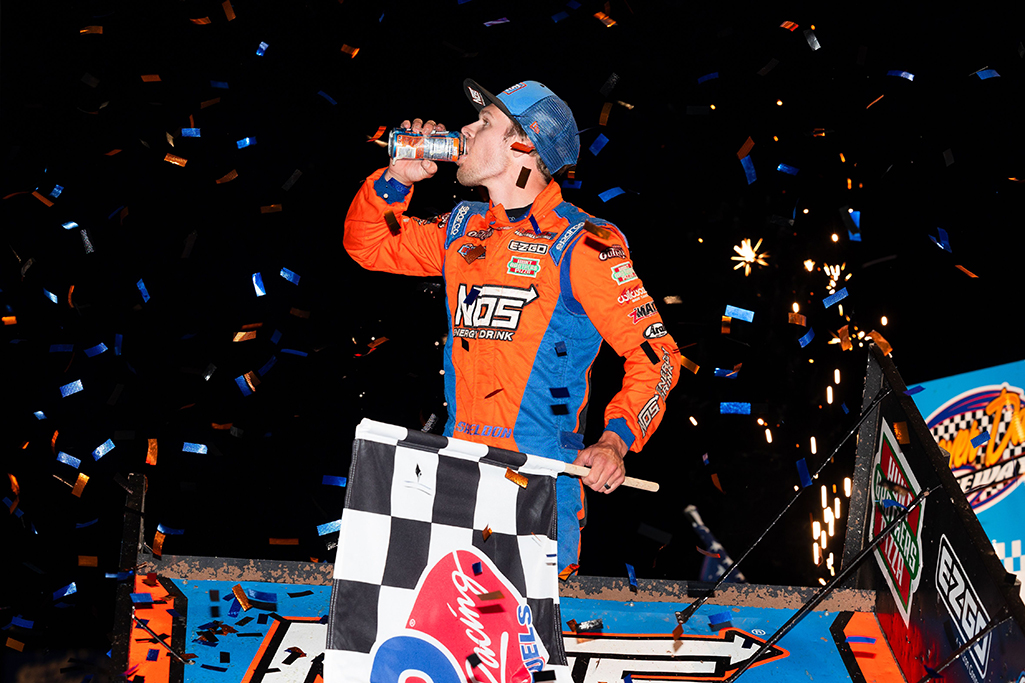 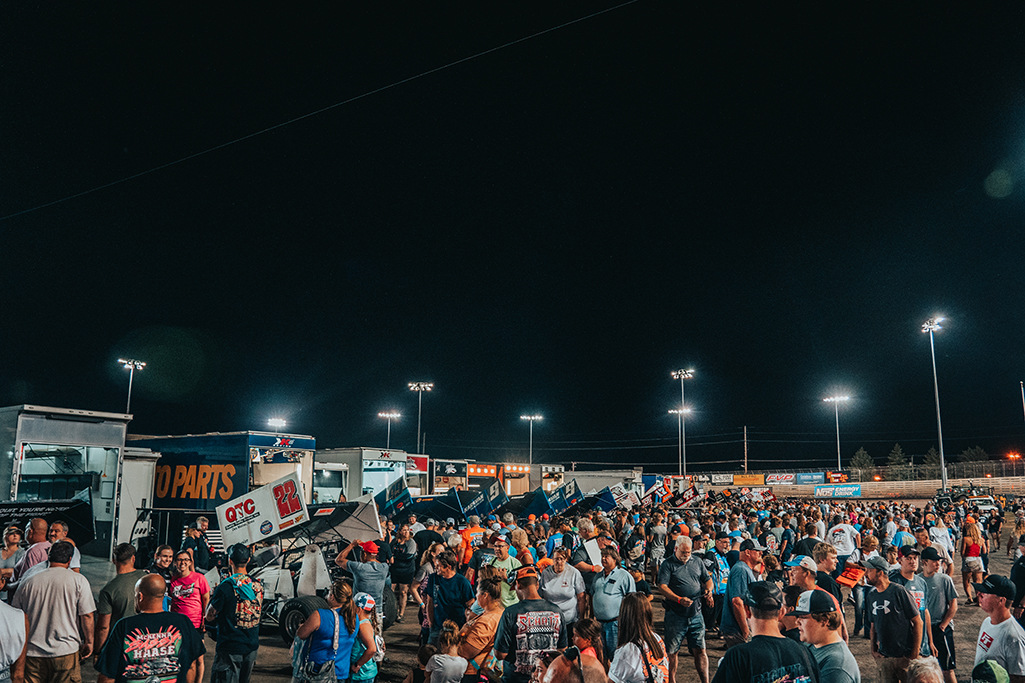