Event Description
Four nights, one massive week at Eldora! The $175,000-to-win Kings Royal on Saturday is preceded by the return of the $100,000-to-win Historical Big One on Thursday.

Stadium Seating
they must be a maximum of 17" wide, not impede aisles, and may not have arms.

Personal Coolers
Yes, personal coolers are allowed in the track. Maximum size is 14" in any direction. Glass items are prohibited. Fans cannot bring in their own alcohol.

After a 19-year absence, Eldora Speedway’s Historical Big One returned to the limelight on Thursday night in only the most spectacular fashion.

Brent Marks of Myerstown, PA earned the richest win of his World of Outlaws NOS Energy Drink Sprint Car Series career, scoring $100,000 for rocketing from 14th-to-1st and deterring the super sliders thrown his way by Indiana’s Tyler Courtney in the #7BC and California’s Rico Abreu in the #24.

The Myerstown Missile entered the week as one of the top favorites to take big cash from The Big E, but many had thrown in the towel when the Murray-Marks #19 was slated to roll from 14th in the 40-lapper. A now 11-time World of Outlaws winner, Marks had also counted himself out through the opening stages, but quickly took a liking to the ever-changing track and quietly made his way to the front.

Marks was driving into the top-10 by Lap 8, scooting in the top-five by Lap 15, and already seized command of the race lead by Lap 25. He’s now a 12-time Sprint Car winner throughout the 2022 campaign – four of those with World of Outlaws – and uses the biggest payday of his life to prepare for a bigger check in Saturday’s Kings Royal worth $175,000.

“Holy shit,” Marks told the packed crowd at Eldora. “I didn’t think we would have anything at all through the first half, but then the car kept coming to me and changing each lap. I knew I had to take Tyler’s line away on that last restart if I wanted a chance, and I had to take it. I can’t tell you enough how badass this year has been. We were horrible last night, but came out tonight and the support has been unreall.”

Finishing second and third as the most dejected individuals on the night was Tyler Courtney and Rico Abreu, who offered an insane fight for the lead near halfway. The NOS Energy Drink #7BC and Rowdy Energy #24 swapped super sliders for the lead on almost every occasion until a caution flew and introduced a new party to the friend.

Officially, Courtney led Laps 1-18, Abreu controlled Laps 19-21, and Courtney was back at front on Laps 22-24. The Murray-Marks #19 team took the top spot on Lap 25 at the 1/2-mile and never looked back. In the face of Marks’ dominance was the dejection of a close Courtney and Abreu.

The pairing swapped slider-after-slider-after-slider through lap traffic while battling for the race lead near the midway point. Once disposed of Abreu with a wall-riding display, Marks set his sights on Courtney and quickly began closing and finally made the pass on the final restart.

Tyler Courtney, the reigning Kings Royal champion, brought his #7BC home with a second-place finish, missing another six-figure payday by only 0.865-seconds by the checkered flag. It’s a sign of progress, yet at the same time, heartbreak for what could’ve been for the Eldora master.

“The only thing that matters is being up on that stage and weren’t there,” Schatz said. “It was a great night, but it just sucks being that good and not winning. I killed that last restart and now I’m out $100,000. I don’t know what second-place pays, but the thing is we don’t haver to wait too long to chase more money at Eldora.”

Finishing out the podium after leading his first laps of the season was Rico Abreu of St.Helena, CA. The fan-favorite drove to the lead thanks to an otherworldly display of tactics against the fence, but it soon began to fatler. While Marks stormed off with the lead, Abreu slipped back to earn a P3 finish in the Rowdy Energy #24.

“We’re building some confidence,” Abreu noted. “My changes have been making some big changes everytime we hit the track, and they do a phenomenal job.”

Closing out the top-five at the Historical Big One was World of Outlaws championship leader Brad Sweet in fourth with the Kasey Kahne Racing, NAPA Auto Parts #49 in fifth for Brad Sweet. Without points on the line, The Big Cat’s only objective of taces like such is to win the big bucks. Sometime they’ll have another shot at on Sunday morning.

Rounding out the top-10 at Eldora was Brian Brown from 19th-to-sixth, David Gravel in seventh and rising, Carsom Macedo up to eighth-place, Kyle Larson rallied from the work area to finish ninth, and former Historical Big One champion Donny Schatz finished up P10.

UP NEXT (Fri-Sat) – The World of Outlaws NOS Energy Drink Sprint Car Series keeps going at Eldora Speedway with Friday’s The Knight Before leading into Saturday’s $175,000/Win Kings Royal. Fans can BUY TICKETS HERE, or watch every lap LIVE on DIRTVision. 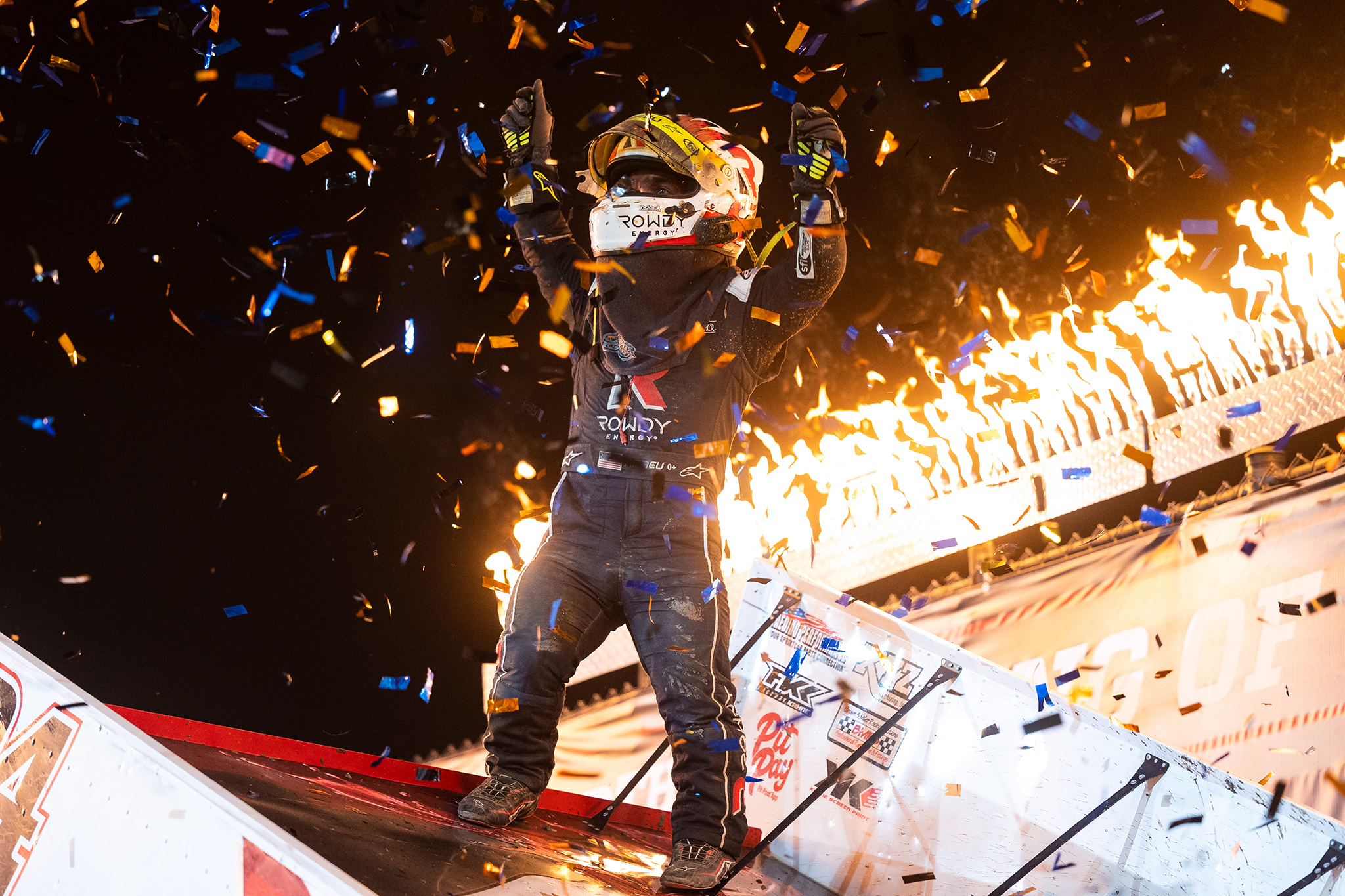 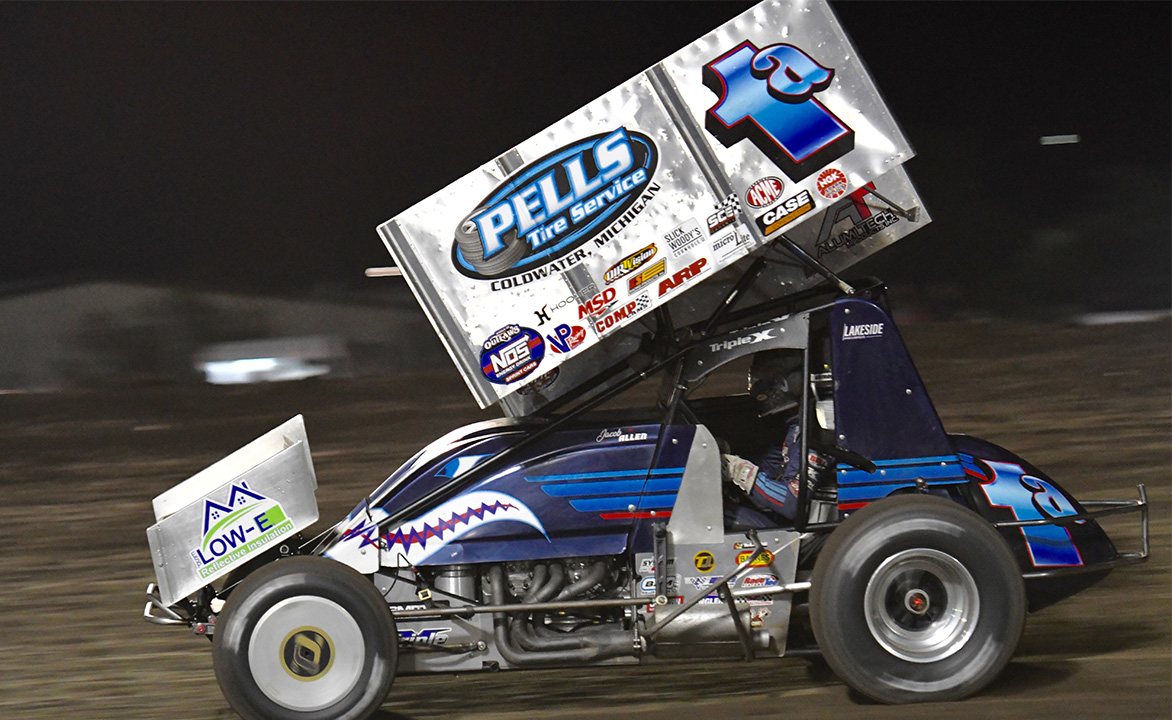 REBIRTH: Jacob Allen’s career-year has given him champion-like confidence 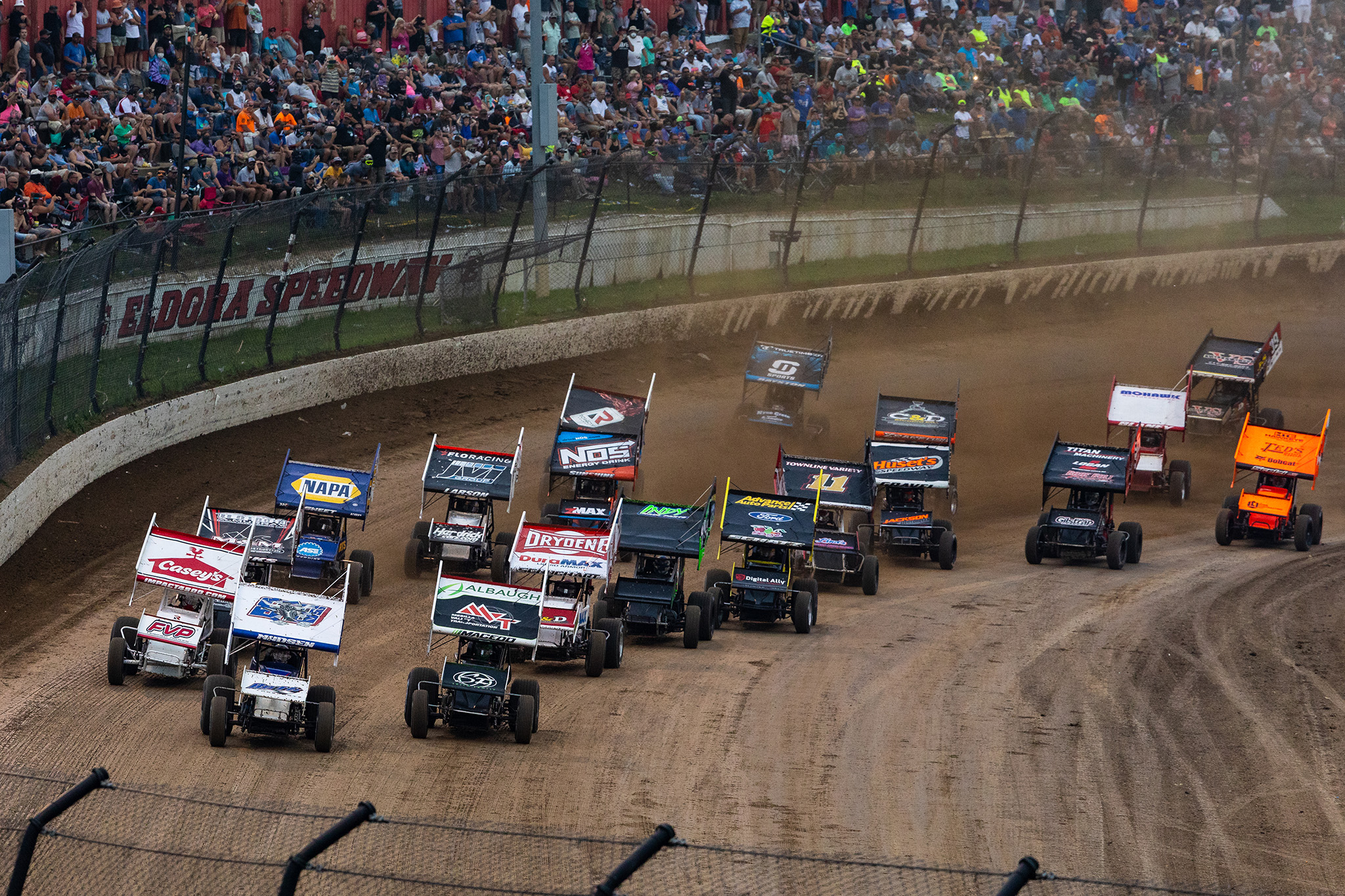 WHAT TO WATCH FOR: World of Outlaws Sprint Cars Head East for Eldora, Sharon 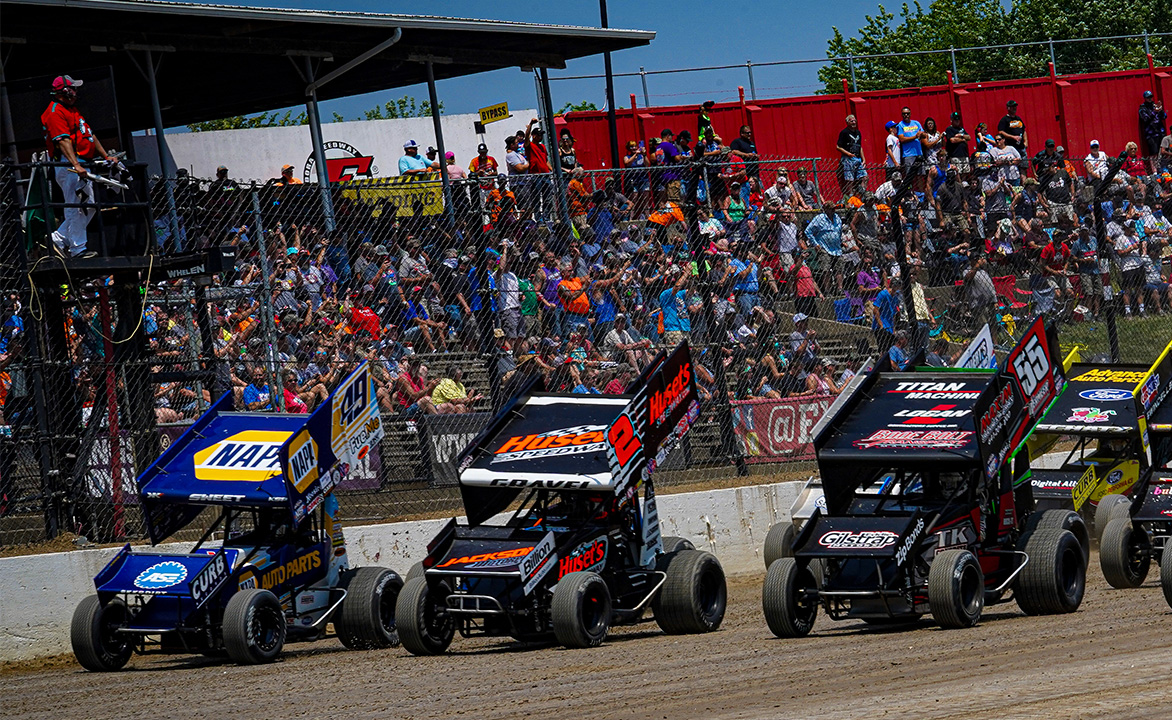 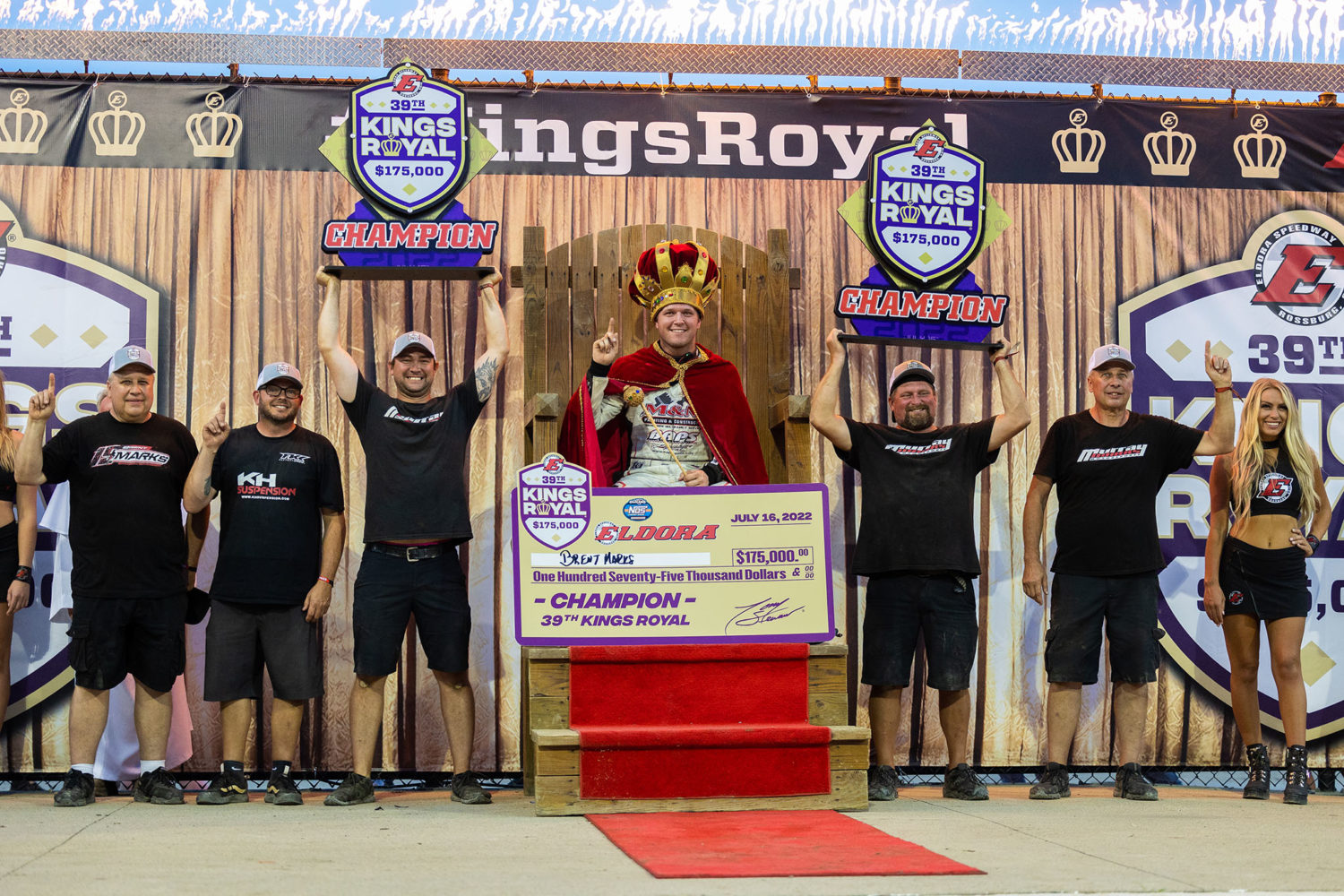 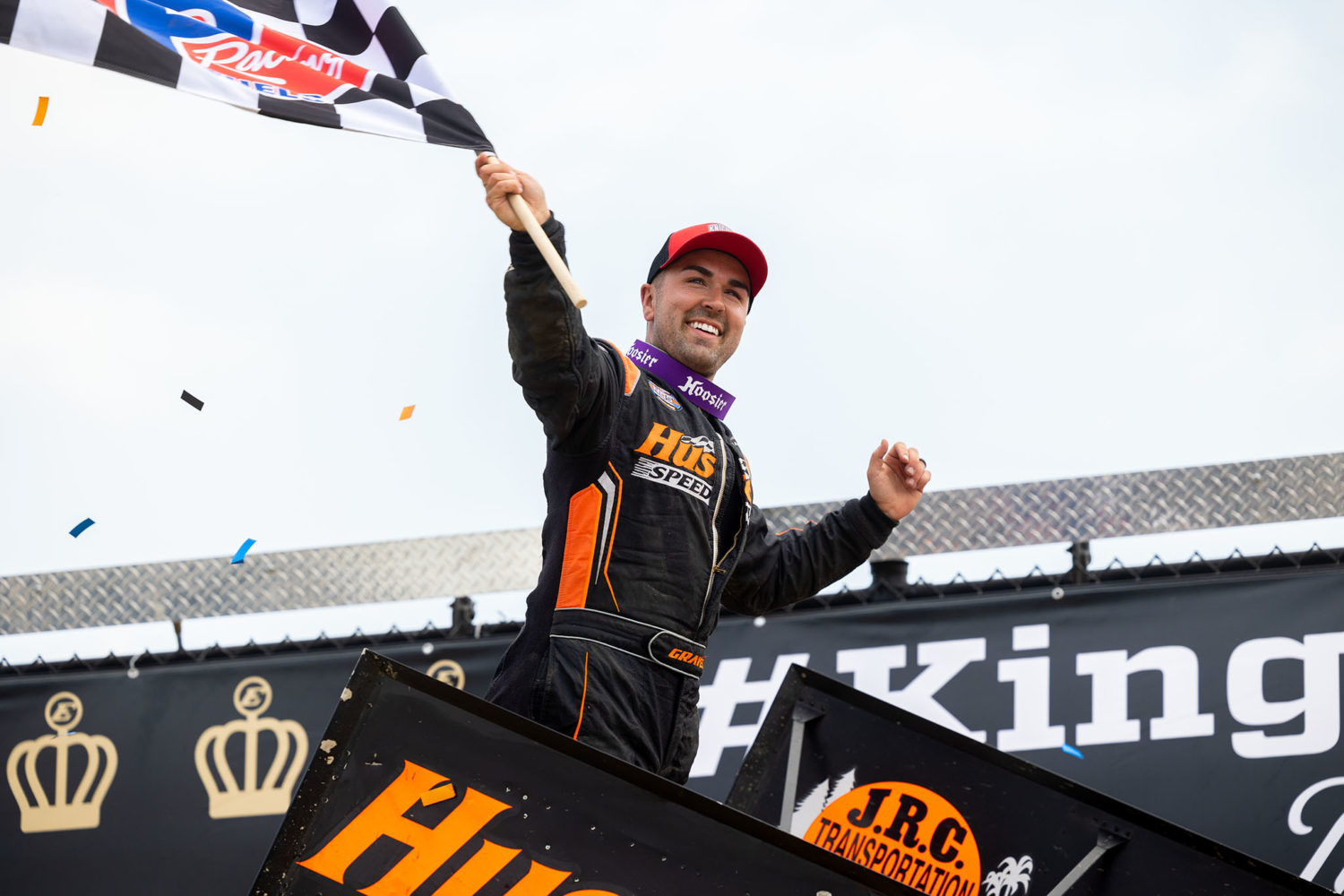 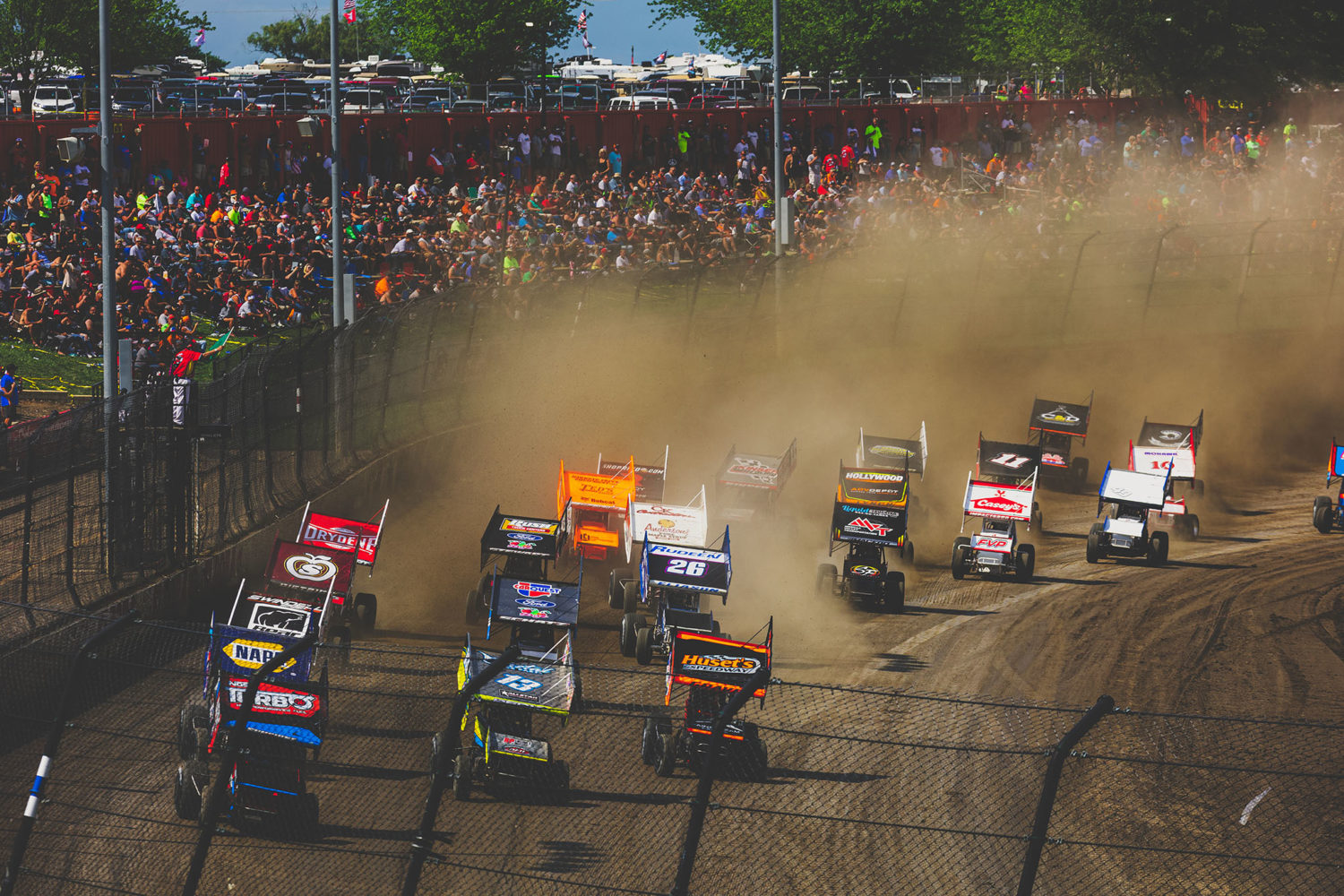 THE DAY OF: Rain Postpones The Knight Before to Saturday Morning at Eldora 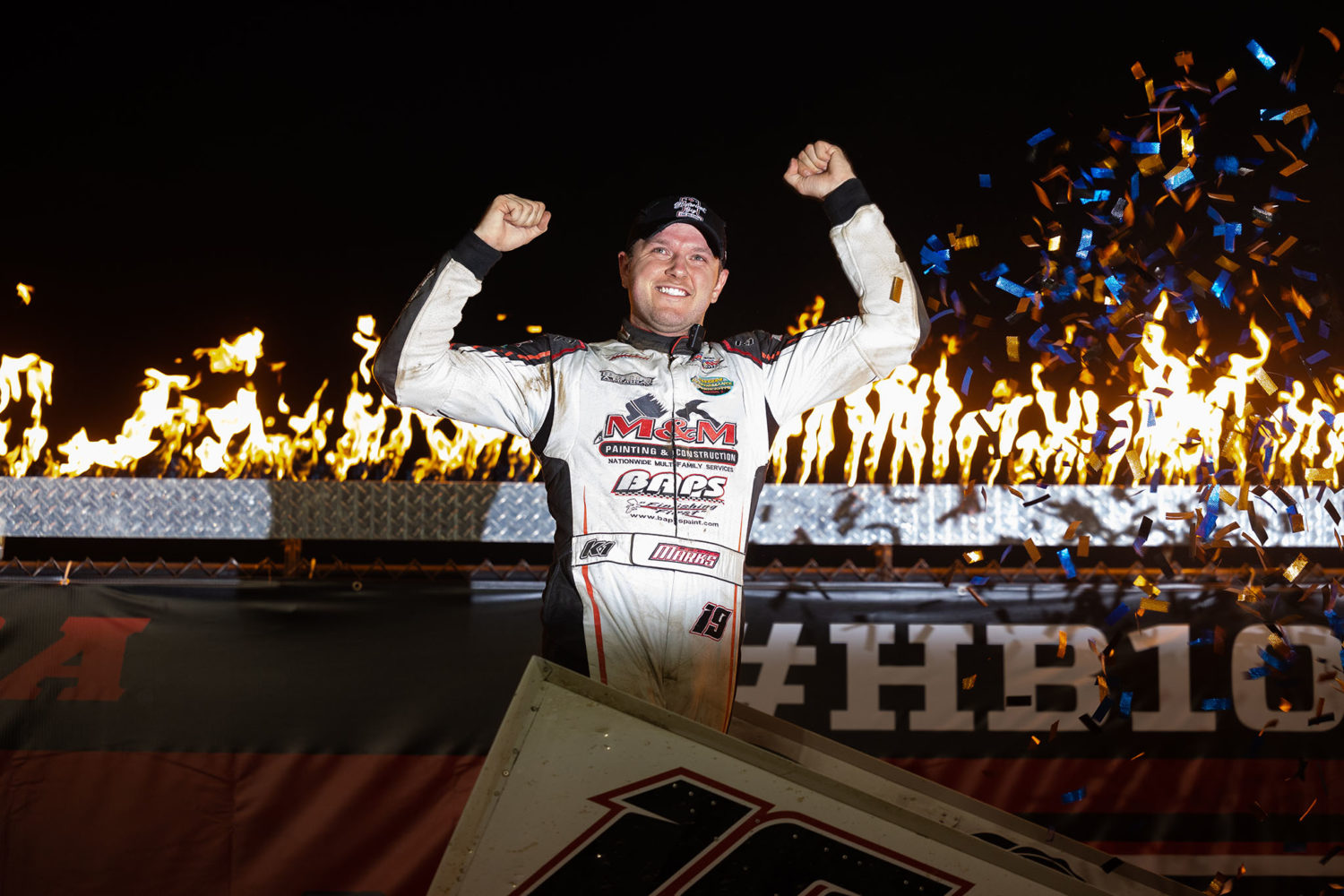