Riding second behind the defending champ in the late stages, Carson Macedo was chomping at the bit, looking for an opportunity to grab the lead. One swift dive low into the corner later, the lead, and later his 10th win of the season, was his.

Macedo, of Lemoore, CA, chased three-time and defending World of Outlaws NOS Energy Drink Sprint Car Series champion Brad Sweet around Red River Valley Speedway for the first 19 laps of Saturday night’s Duel in the Dakotas Feature, challenging him several times to the inside but could never seem to pull close enough to make the move.

As the two maintained a torrid pace through lapped traffic, Sweet came up on a slower car at the exit of Turn 4 and was forced out of his lane but still held onto the top spot as he clicked-off Lap 18. Macedo took advantage of the situation, inching closer to Sweet down the front stretch and firing-off a pass attempt in Turn 2. Sweet was able to hold him off down the backstretch, but the clock was ticking.

“I knew once we got to traffic, if there wasn’t a lapped car in my lane, I could close-in quite a bit on [Sweet],” Macedo said. “I had done it on a [Lap 9] restart and gotten really close, but just couldn’t get to his inside, then I kinda got stuck behind him there for a minute.”

Macedo entered Turns 1-2 on the bottom once again the next time by, and this time, made it count. Sweet skated up high as he entered the corner, leaving the door open for Macedo down low, and watched the Jason Johnson Racing #41 go by at the exit of Turn 2.

Now with the lead, Macedo began to pull away in traffic and appeared to have it in the bag, until the yellow came out with three laps remaining. On the restart, Macedo was perfect, never letting any challenger get close as he brought it back across the stripe to collect his 10th Series win of the season.

“Ten wins – that’s crazy,” Macedo said. “Winning double digits in a single World of Outlaws season is really tough to do. Without JJR and this team – Philip [Dietz], Clyde [Knipp] and Nate [Repetz] – doing such a good job, I don’t think I could do it.”

Though Macedo held-up well on the final restart, Sweet was not as fortunate. Sixteen-year-old Ryan Timms, in only his second career World of Outlaws start, had been running third the entire race and pounced on the opportunity when the green came back out. He pinned the throttle and rode the high line through Turns 1-2, zooming around the outside of Sweet at the exit of Turn 2 to take second.

“I didn’t really want to restart, to be honest; I was just kinda happy to try and bring it home in second,” Sweet said. “Carson went low, and I didn’t really go across the bottom that good. I left the top wide open.”

Timms, of Oklahoma City, OK, held onto second in the final laps and crossed the line to officially become the youngest podium finisher in World of Outlaws history at 16 years and one day, breaking the record set earlier in the season by fellow 16-year-old Californian Corey Day.

“I don’t think it’s really kicked-in yet,” Timms said. “I’m really more bummed than anything that I couldn’t win, but everyone else is pretty happy, so I’m happy.”

Sweet crossed in third, bagging his 19th podium finish of the season. Though he wasn’t as comfortable in his NAPA Auto Parts/Kasey Kahne Racing #49 as he was during the win on Friday night, he does maintain his sizable lead in the Series points standings on the road to a potential fourth-straight championship.

“Last night we had everything dialed, and tonight, we were just a little off,” Sweet said. “And that’s racing. We tried to make changes all night to get the car better and just never quite hit on it tonight.”

The World of Outlaws NOS Energy Drink Sprint Car Series is back in action next weekend in a three-day spectacular at Washington’s Skagit Speedway for the Sage Fruit Skagit Nationals, Sept. 1-3. Tickets are available for purchase in advance at WorldofOutlaws.com or at the track on race day.

If you can’t be at the track, watch all the action live with a FAST PASS subscription to DIRTVision. 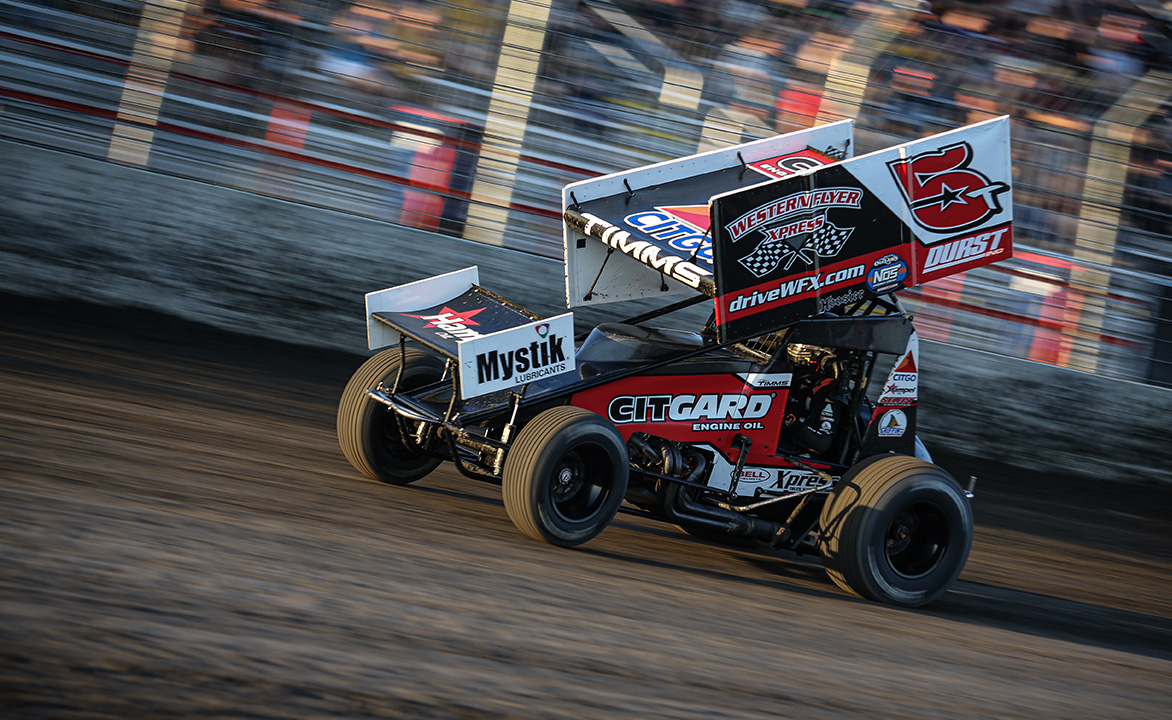 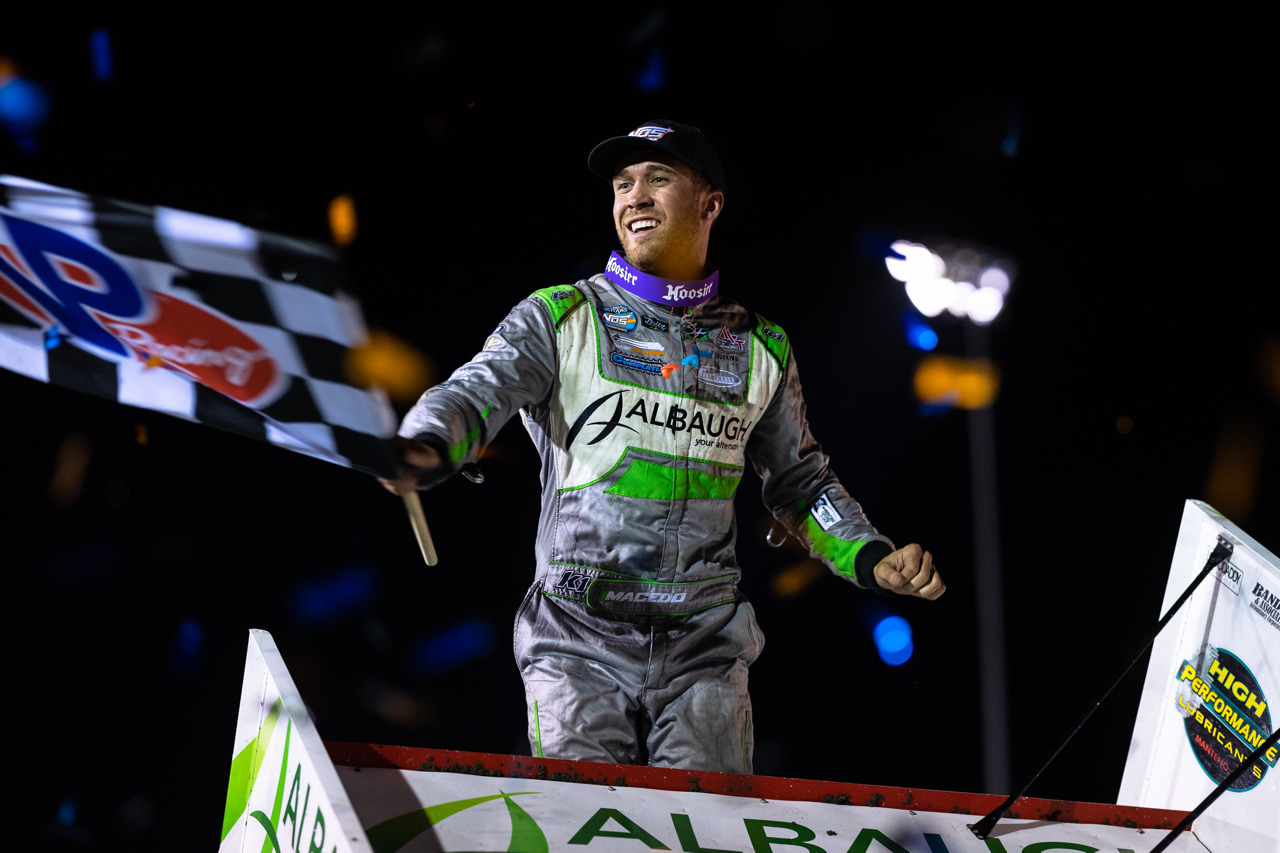 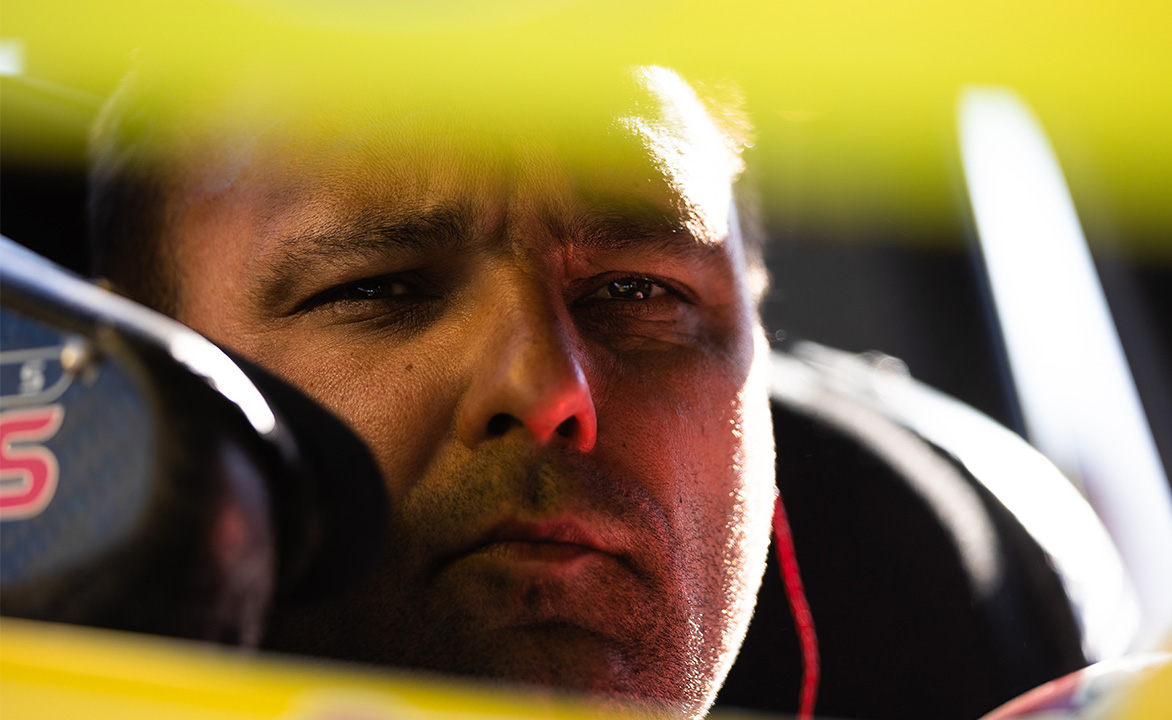 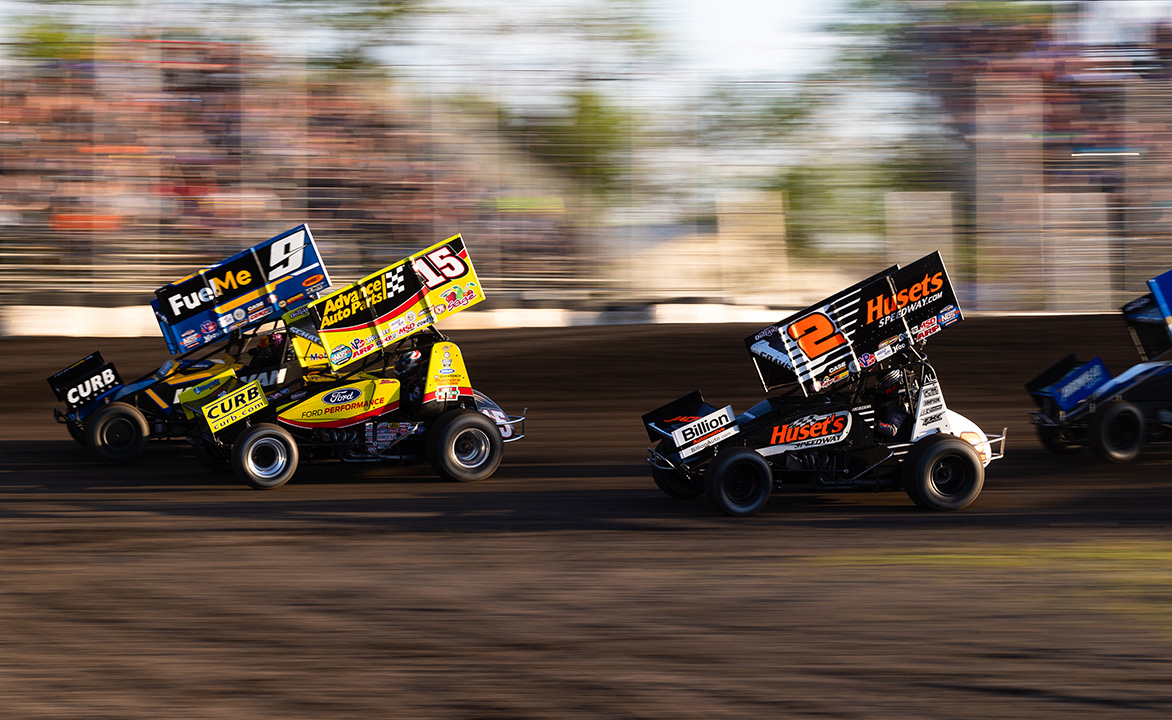 WHAT TO WATCH FOR: Races at River Cities, Red River Valley Begin Final Leg of Season 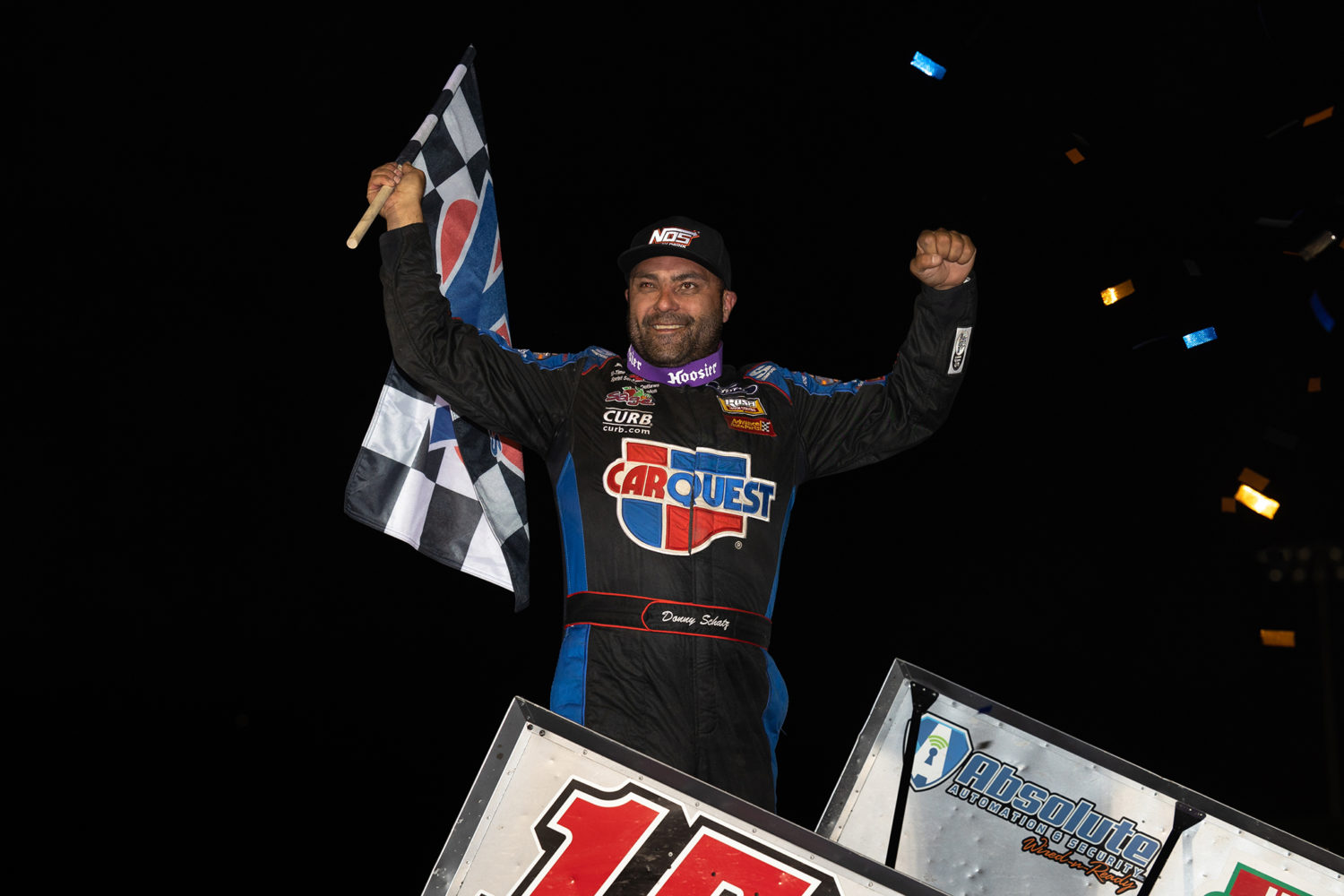 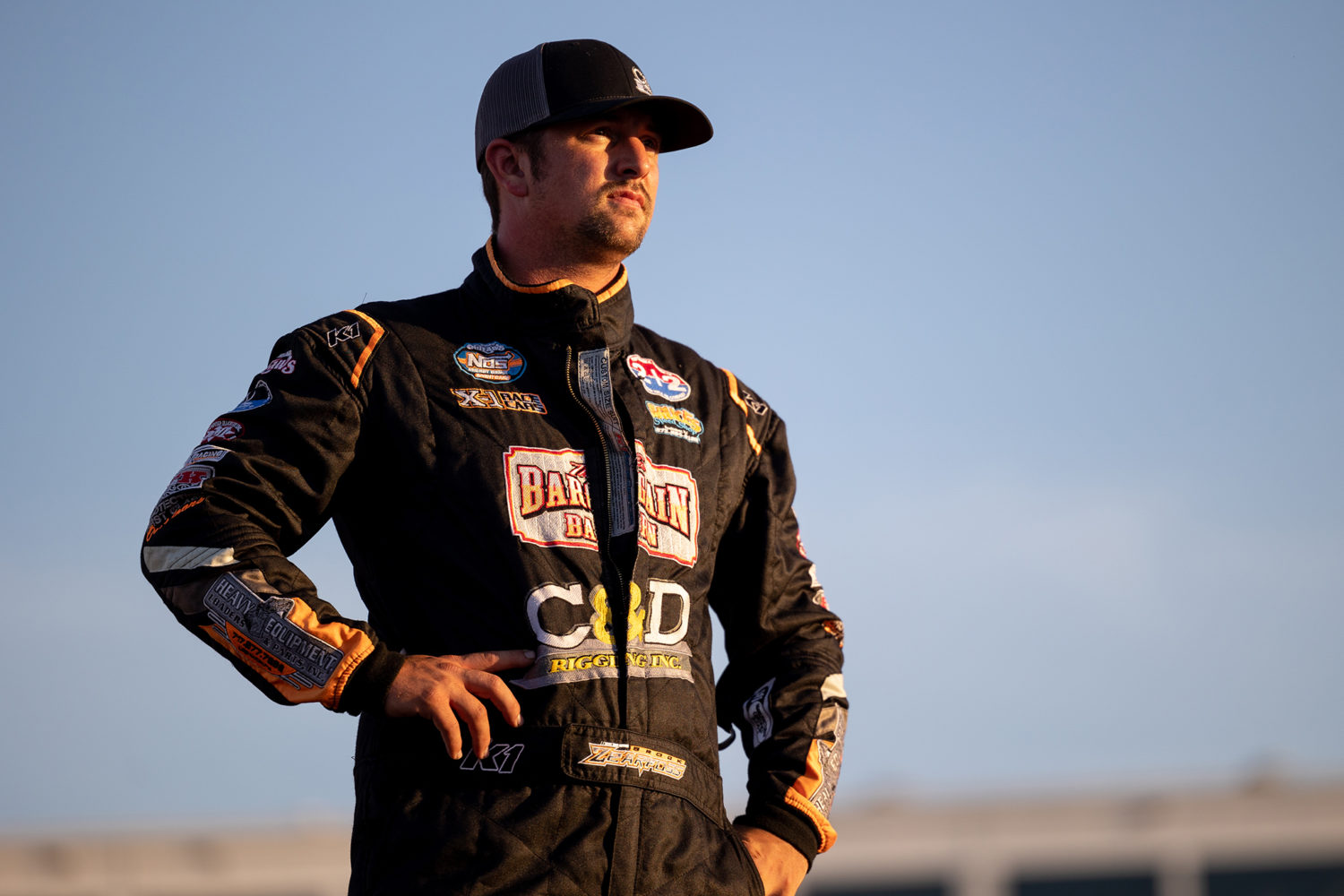 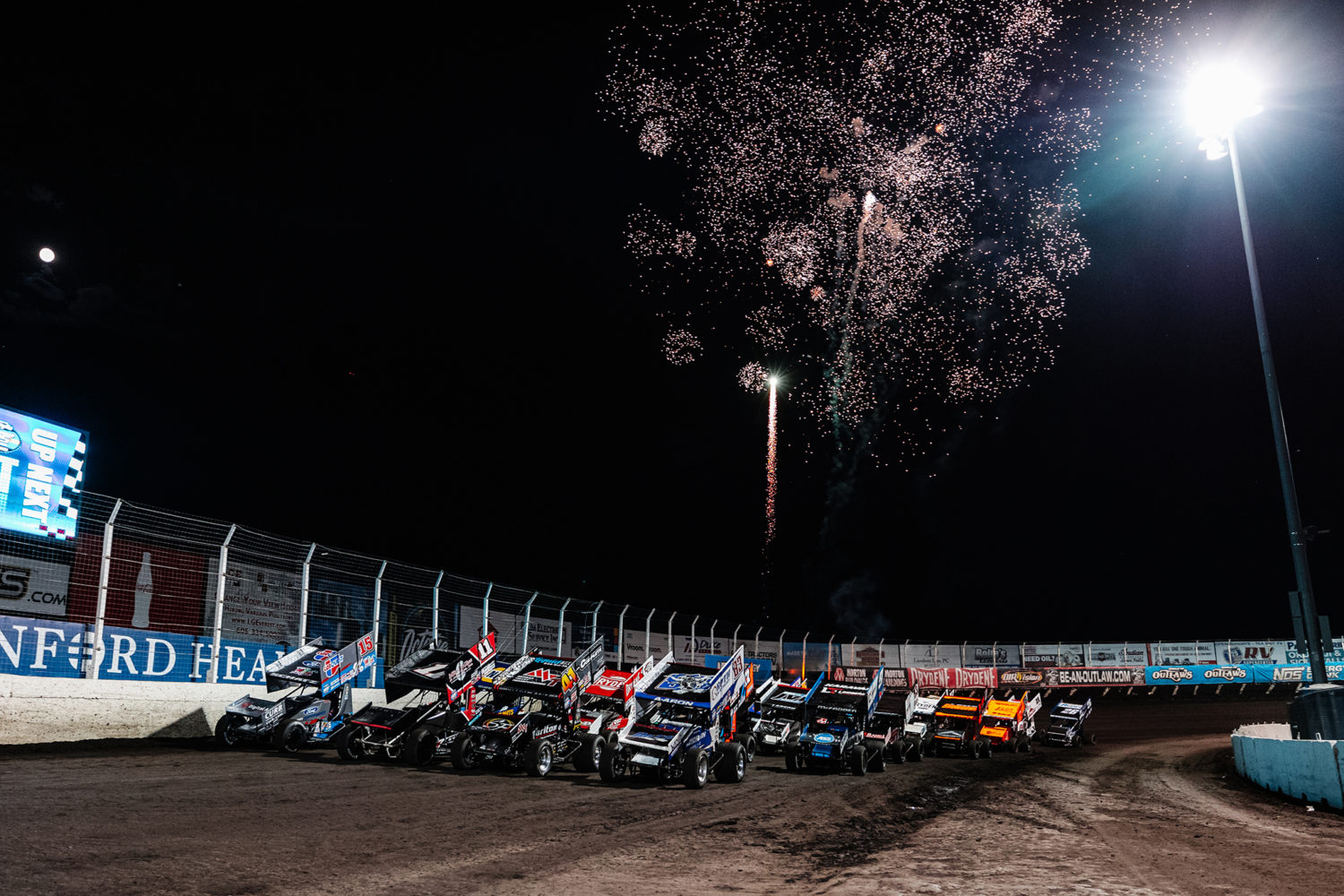