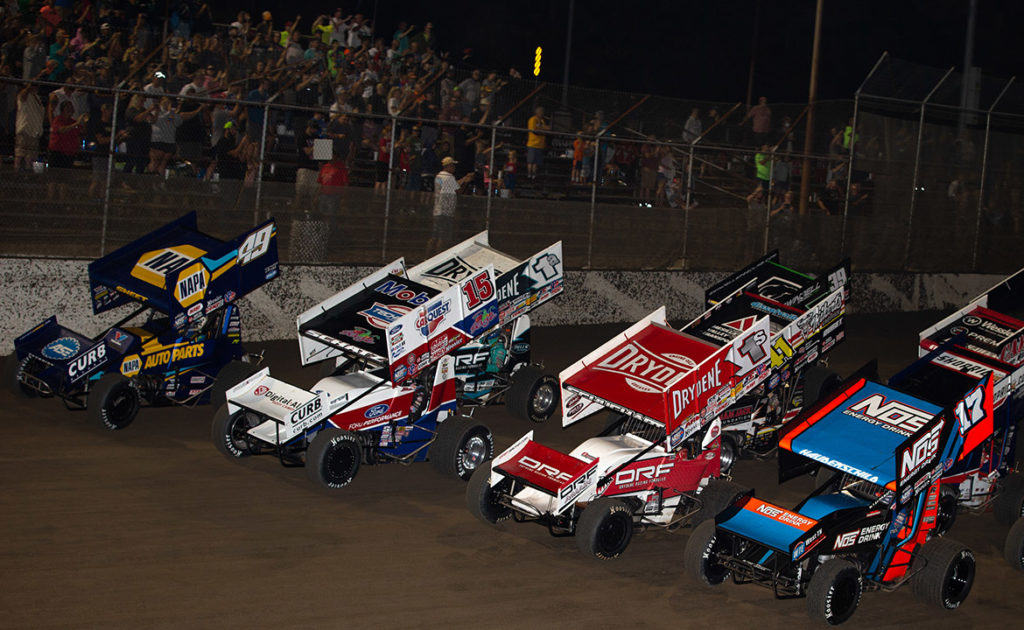 Thursday’s race at Plymouth Speedway, Friday’s $15,000-to-win race presented by Slick Woody’s Cornhole Co. at Wayne County Speedway and Saturday’s Commonwealth Clash at Lernerville Speedway will play a key part in setting the stage for another epic title hunt to the Can-Am World Finals at the Dirt Track at Charlotte Nov. 5-7.

Five drivers are still in contention for the driver championship and six teams are in contention for the team championship – separated by 138 points. However, this year has shown anything can happen and there is no clear favorite for the title. Reigning champion Brad Sweet, Logan Schuchart – looking for his first championship – and 10-time Series champion Donny Schatz have swapped the top spot throughout the season, each having their own moments of glory and disaster. Sweet currently holds the top spot with a slim eight-point lead over Schuchart in second and a 92-point lead over Schatz in third.

Young guns Sheldon Haudenschild and Carson Macedo – currently fourth and fifth in points, respectively – have lurked in the distance all season, waiting to make the most of every opportunity given to gain points. Haudenschild has been on a hot streak, picking up five wins in his last 18 starts. That’s allowed him to move up to fourth in points and close in on Schatz– currently 14 points behind the Tony Stewart Curb/Agajanian Racing driver.

The battle for the team championship is even tighter with Jason Johnson Racing in the picture, as well. JJR driver David Gravel is out of the hunt for the driver championship due to missing two races to run an ARCA and NASCAR Truck Series race, but between Parker Price-Miller filling in for him in those races and his record this season, which includes four wins and a current 26-race consecutive top-10 streak, JJR is a prime contender for the team title. They’re currently tied for second with Schuchart’s Shark Racing team – eight points behind Kasey Kahne Racing for the lead.

All of that could change by the end of the tripleheader weekend. This time last year, Sweet entered the Commonwealth Clash with a four-point lead over Schatz. The two battle for the lead throughout the race before Schatz suffered a part failure. Sweet went on to win and left Lernerville with a 40-point lead. He then won the championship by four points at the end of the year.

Thursday’s trip to Plymouth Speedway, in Plymouth, IN, will be the World of Outlaws’ first time back to the track since 2017 and third visit overall. Sweet won the Series’ first race at the track in 2016 and Gravel won there in 2017.

Then the Series will make its first trip back to Wayne County Speedway in Orrville, OH for the first time since 1985. No driver on the tour has ran a World of Outlaws race at the track but many have competed there with other Series. Haudenschild has seven wins at his home track and will look to use that experience to his advantage and continue his march up through the points.

Lernerville Speedway, in Sarver, PA, has been a staple on the World of Outlaws tour since 1979 and produced one of the best races of the year – and arguably in the history of the sport – in July with Sweet, Schatz and Kyle Larson trading the lead all race long. Sweet is a two-time and the defending Commonwealth Clash winner – his sole two wins at the 4/10-mile track. Besting Sweet, Gravel has three wins at Lernerville. Schatz has the best record at the track off all championship competitors with nine Series wins there.

The three events are sure to show fans why the World of Outlaws is The Greatest Show on Dirt and set the stage for an epic nine-race conclusion.

If you can’t make it to the tracks, you can watch each race live on DIRTVision. 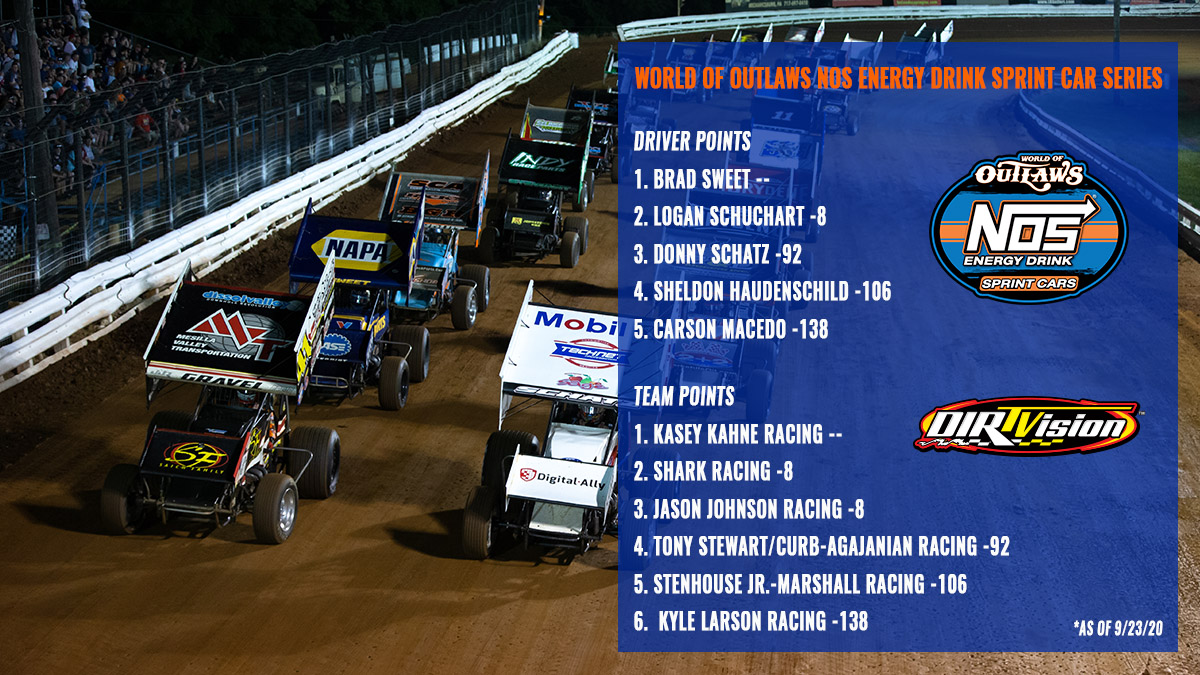 WHAT TO WATCH FOR: Bridgeport, Attica & Sharon Next for The Greatest Show on Dirt