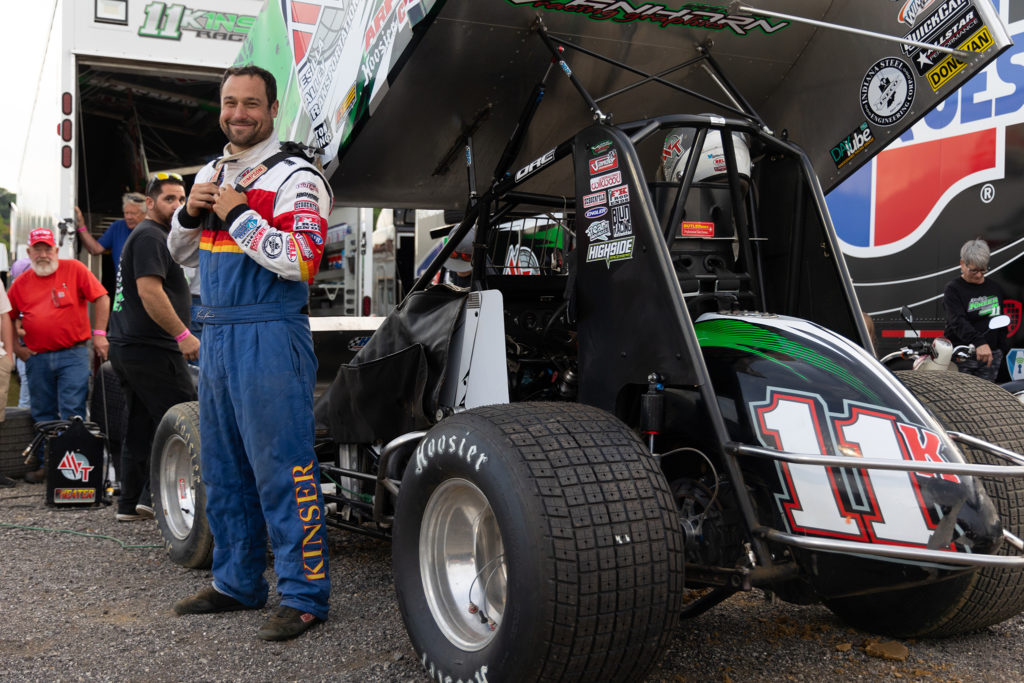 The march to the NGK/NTK World Finals means the conclusion of yet another year on the World of Outlaws NOS Energy Drink Sprint Car Series tour for Kraig Kinser.

At 37-years-old, the Bloomington, IN native is still enjoying the road life and the never-ending pursuit of fielding fast race cars. He’s essentially locked-in for an eighth-place finish in the 2021 championship point standings, the 12th such result of Kinser’s career with The Greatest Show on Dirt.

From his Kevin Gobrecht Rookie of the Year Award in 2004 and his Knoxville Nationals title in 2005, the son of “The King” knows  the sensational feeling of winning with this Series and he wants to recapture that lightning in a bottle once again.

Another five races through Kansas, Oklahoma, Texas and North Carolina remain on the docket over the next three weeks, but Kraig and crew chief Mikey Keumper are already looking forward to the off-season and regrouping ahead of a new campaign with high hopes in 2022.

“We’ve had some flashes of being quick, but we want to put some W’s in the win column,” Kinser said. “Winning is all every single one of us wants to do out here, and it seems to get tougher every day. We’re keeping our heads up, though. We’re excited for the off-season to catch our breath, catch up on some things, and reload for the next year.”

Surpassing 1,100 Feature starts with the Series earlier this year, Kinser ranks as the third-most experienced racer on tour behind only Donny Schatz (1,953) and Jason Sides (1,204). His 17 career World of Outlaws wins still has him tied for 31st on the All-Time List, and he has no desire of staying at the number any longer.

Kinser’s most brilliant performances in 2021 can be found in his four top-five finishes, led the spring show at Federated Auto Parts Raceway at I-55 (MO) when he paced a lap and finished a season-high second to championship leader Brad Sweet.

They’re committed to closing out 2021 on a high note, but they’re most certainly looking forward to a fresh start in 2022.

“For our program, we’ll start stripping cars, check out the equipment we’ll keep, make sure everything is functionable,” he detailed on his off-season plans. “We’ll work on getting fresh parts on the car and in the trailer, start planning motor rebuilds, and little stuff like that which makes a difference once the season gets going.”

Before the 2022 operationn really gets going, Kinser will finish out this season with trips to Lakeside (KS) Speedway on Friday night, Lawton (OK) Speedway and Devil’s Bowl (TX) Speedway next weekend, and then he’s off to The Dirt Track at Charlotte for the season-ending NGK/NTK World Finals on November 4-6. Fans can BUY TICKETS HERE.

If you can’t make it to the track, you can watch Kinser take on all remaining World of Outlaws events live on DIRTVision – either online or through the DIRTVision App.