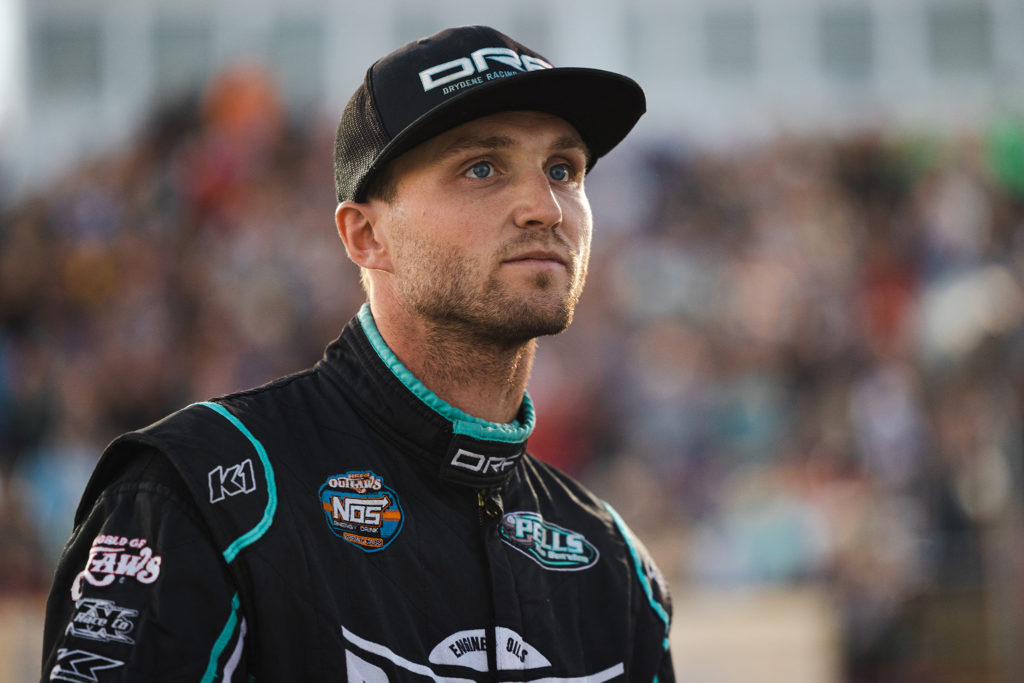 Jacob Allen’s patient mindset is one of his greatest strengths, but he’ll be the first to admit it’s been challenging this year.

After breaking through for his long-awaited first career World of Outlaws NOS Energy Drink Sprint Car Series victory last year, Allen wanted that winning feeling again in 2021, but he hasn’t found it yet.

It’s been tough without as many of those winning contending nights, but he’s picked up another area of consistency with his most top-10 results (19) in a season with The Greatest Show on Dirt.

“I would say it’s been alright,” Allen noted on his year. “It’s been different more than anything. Overall, it’s like another year on the Outlaw tour: you learn a little bit more and you evolve on different skills.”

With five races remaining, including the season-ending NGK/NTK World Finals at The Dirt Track at Charlotte on Nov. 4-6, the Shark Racing pilot currently sits 10th in the championship standings. It took seven full years on tour for him to finish top-10 in the points, and now he’s done it in back-to-back seasons.

The Hanover, PA native surpassed 400 career starts with the Series this year and enjoyed several significant runs such as his podium finish at Huset’s in August and his hard-charging 24th to ninth bid at Eldora’s Kings Royal in July.

The most obvious difference in Allen’s 2020 and 2021 campaigns is his preliminary performances.

The 27-year-old was on the front row of six NOS Energy Drink Features in 2020, whereas that has only happened twice in 2021.

All of these numbers are aware to Allen, and he’s focused on fixing them.

“I had so many chances to start up front and win races last year, but I’m not capitalizing early in the night anymore,” Allen said. “I haven’t been in those Dashes to put myself in the position I need to be in.”

“I feel better as a driver, though,” he added. “I feel like I make better moves, I’m more adept at changing lines, I’m keeping my momentum up. I feel more skilled in those areas as a driver, but we’ve had motor issues and just different things happen to prevent those feelings from translating to results.”

Racing with The Greatest Show on Dirt is no easy task, though, and Allen knows that. He’s remaining patient and looking forward to his next night out.

“It’s a process,” Allen said. “You’re never where you want to be, but that always gives you something to strive for. I just have to be patient and understand that where I came from in my Sprint Car career it will take me a bit longer to get where I want to be. I just have to stay focused on that path.”

Following that, the NGK/NTK World Finals consume The Dirt Track at Charlotte for a season-ending event of epic proportions on November 4-6. Fans can BUY TICKETS HERE.

If you can’t make it to the track, you can watch Allen take on all remaining World of Outlaws events live on DIRTVision – either online or through the DIRTVision App.