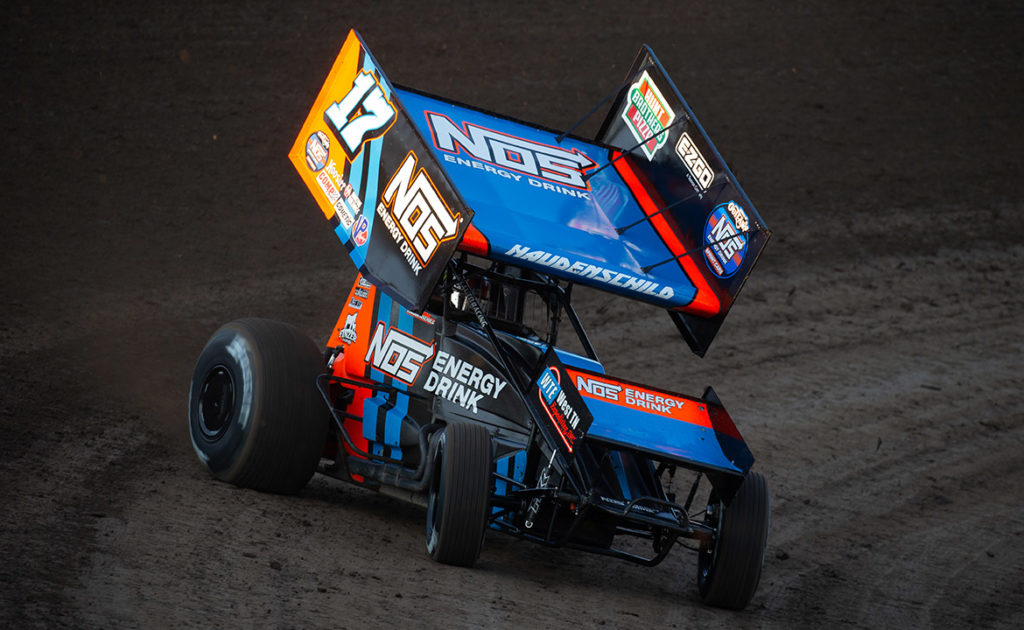 Ricky Stenhouse Jr. wanted to see Sheldon Haudenschild and his Stenhouse Jr.-Marshall Racing team finish inside the top-five in points at the end of the season.

Haudenschild, of Wooster, OH, is currently fourth in the Series standing – 124 points ahead of sixth-place David Gravel – and one of five drivers still in contention for the 2020 championship. He’s 156 points behind reigning champion Brad Sweet for the points lead and 58 points behind 10-time Series champion Donny Schatz for third in the standings.

While winning is the main goal every week, he can’t help but keep the points situation in the back of his mind.

“The other night (at Plymouth Speedway), I was pretty angry at myself, leading the race and break (resulting in a DNF),” Haudenschild said. “You think about points right off the get-go. You think about points, but you also take it night by night and try to win these races. That’s all you can really do.”

Haudenschild is on track for a career year this year. In his last three seasons, he finished seventh in points each time and collected seven wins in total. This year, he’s already earned six victories in his NOS Energy Drink #17 car, including an emotional hometown win at Wayne County Speedway. Since the beginning of July, he’s collected 23 top-10 finishes in 28 races – 13 of them top-five finishes – and led more than 100 laps in that time.

A key factor in the team’s improved performance this year, according to Haudenschild, has been the addition of Crew Chief Kyle Ripper. Haudenschild worked with Ripper at the beginning of his career and the two found success together, winning multiple races. This year, they picked up where they left off.

“(I’m) having a lot of fun with him,” Haudenschild said about working with Ripper again. “Just jelling well. He always has the car really good. Always communicates with me really well. We just try and progress each night and throughout the night. That’s the only thing we can really do. He always has it really good. We have speed. Just start the night fast and go from there is the only thing we can really do.”

Entering the 2020 season, Haudenschild thought he and the team would have speed but with the change in the schedule at the start of the season due to the COVID-19 pandemic, he admitted it was hard to initially gauge how their season would go.

“There’s a lot of good teams out there this year,” Haudenschild said. “It’s a stout field. You really don’t know what to expect throughout the year. Winning five races is a good goal to start at. Try to do that and go from there. Like, my last couple of years, I’ve had slow starts to the season. I did it again this year. If me and Ripper can keep working together and start picking our wins off earlier in the year for years to come, I think some big things can possibly happen.”

“I kind of get it from both sides on what to do,” he said with a chuckle. “I think consistency is obviously what we want. I think if we’re consistently in the top-five and put it on the podiums, I think the wins will come. This year has proven that for us. We’ve just been trying to build off that and be there at the end for the points deal.”

While he has a bit of work to do to catch Sweet by the Nov. 5-7 season ending Can-Am World Finals, Haudenschild’s recent performances proved he and his team aren’t giving up on the hunt.

He’ll first go after a crown jewel win this weekend at the National Open. Williams Grove has been a hit or miss track for him and the Stenhouse Jr.-Marshall Racing team, though. In his last 11 appearances at the historic half-mile, Haudenschild earned three top-10 finishes and didn’t transfer to the Feature in two of them. However, he earned a career best second-place finish at the track during the Summer Nationals last year.

After nearly sweeping the tripleheader weekend last week, Haudenschild is confident he and his team can put themselves in contention to win again this weekend.

“Obviously, PA is different, but we race with the best guys in the world every night,” Haudenschild said. “I think just getting there and qualifying well is going to be big for the weekend in Pennsylvania and go from there. There’s no reason we can’t win them.”

You can get tickets to the Oct. 2-3 National Open by clicking here.

If you can’t make it to the track, you can watch both nights of racing live on DIRTVision.