READY TO PASS THE BAR: Parker Price-Miller joining World of Outlaws full-time in 2021 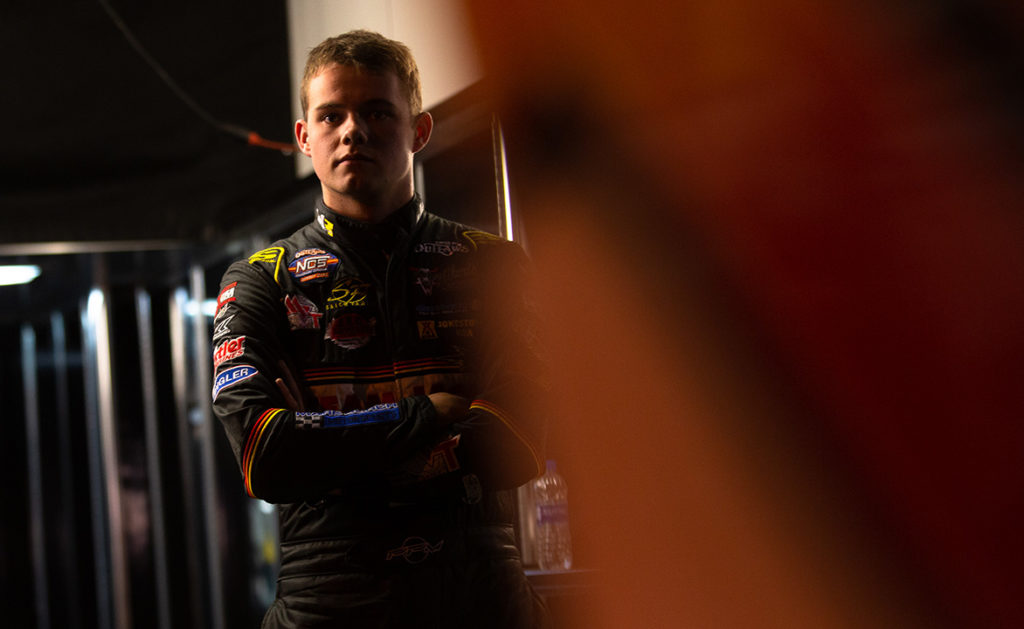 Parker Price-Miller has never shied away from his desire. If you asked him where he wanted his career to go, his answer was always the same: the World of Outlaws.

This year, the Kokomo, IN driver is making that a reality. Teaming up with his dad, Scott Ronk, Price-Miller – known as “The Law Firm” – is taking their PPM Racing team on the full 90-plus race tour and will run for Rookie of the Year.

“I pretty much ran the whole thing last year with Phil (Dietz and Dietz Motorsports) and I kind of got the feel and taste of it,” Price-Miller said. “I realized running with the Outlaws you make a lot more money. You’re getting paid more position-wise than any other series and the with the points fund. It just kind of all made sense. I’ve always wanted to do it. It all happened at the right time.”

Price-Miller has 126 starts with the World of Outlaws and two wins – his most recent with Dietz Motorsports at 34 Raceway last year. He parted ways with Dietz before the end of the 2020 season, leading to his need for a ride in 2021. With the majority of good rides already taken and most teams requiring a driver to bring something to the table, Price-Miller said his dad’s thought was: instead of bringing funding to another team, they should bring it to their own.

Before driving for owners like Bernie Stuebgen­ – who owns the Indy Race Parts team – and Philip Dietz – current crew chief and part-owner of Jason Johnson Racing – Price-Miller ran for his dad up until 2017. With primary sponsorship from Chalkstix and support from a variety of others, Price-Miller is making his dream become a reality himself, piloting his own #19 Sprint Car.

Having spent a year watching Dietz manage his own team, Price-Miller said there was a lot he learned that he can implement in his own team.

“I learned more about the in depths of the team; running the team and behind the scenes stuff,” he said. “Phil was very good with that. Kind of learning how to race with the Outlaws night in and night out. I had always done it here and there. Racing with the 14 team every night with the Outlaws, I learned how hard it is to go up and down the road with these guys every night. It was a big learning curve. I don’t think I’m done learning yet. You learn every day. I definitely think I learned a lot that I can bring to the table this season.”

He’s tapped Grant Boyum as the team’s crew chief. The up and coming crew member has achieved great success with drivers like Aaron Reutzel, helping him earn several victories – including a World of Outlaws win at Perris Auto Speedway – and All Star Circuit of Champions titles.

With him and two other experienced crew members in his corner, Price-Miller is confident he’ll be competitive and be in contention for the Kevin Gobrecht Rookie of the Year title battle against Reutzel and Brock Zearfoss.

“Definitely would like to win as many races as we can,” Price-Miller said. “But you also have to be realistic. We’d like to win a few races. I think right now I’d like to maintain top-10 in points and take what we can get. We’re not going to push ourselves to do more than what we’re capable of.

The biggest challenge he foresees is being prepared for the full 10-month tour. While he was at every World of Outlaws event last year, the Series was able to only run 54 races due to COVID-19 putting a halt on racing at the beginning of the season. Now, they’ve got to be prepared for a longer, non-stop season. However, it’s nothing they’re going to shy away from.

“It’s way different than just getting prepared for Florida and then having two months off and then go run whenever you want,” Price-Miller said. “Now, we’re got to be 100% ready for the DIRTcar Nationals at Volusia Speedway Park and go race 90 times a year and be prepared and ready for anything.

“It’s a new learning curve. We’re all excited for the experience.”

Price-Miller and PPM Racing will kick off their 2021 season Feb. 5-7 at Volusia Speedway Park during the 50th DIRTcar Nationals. For tickets to the event, click here.