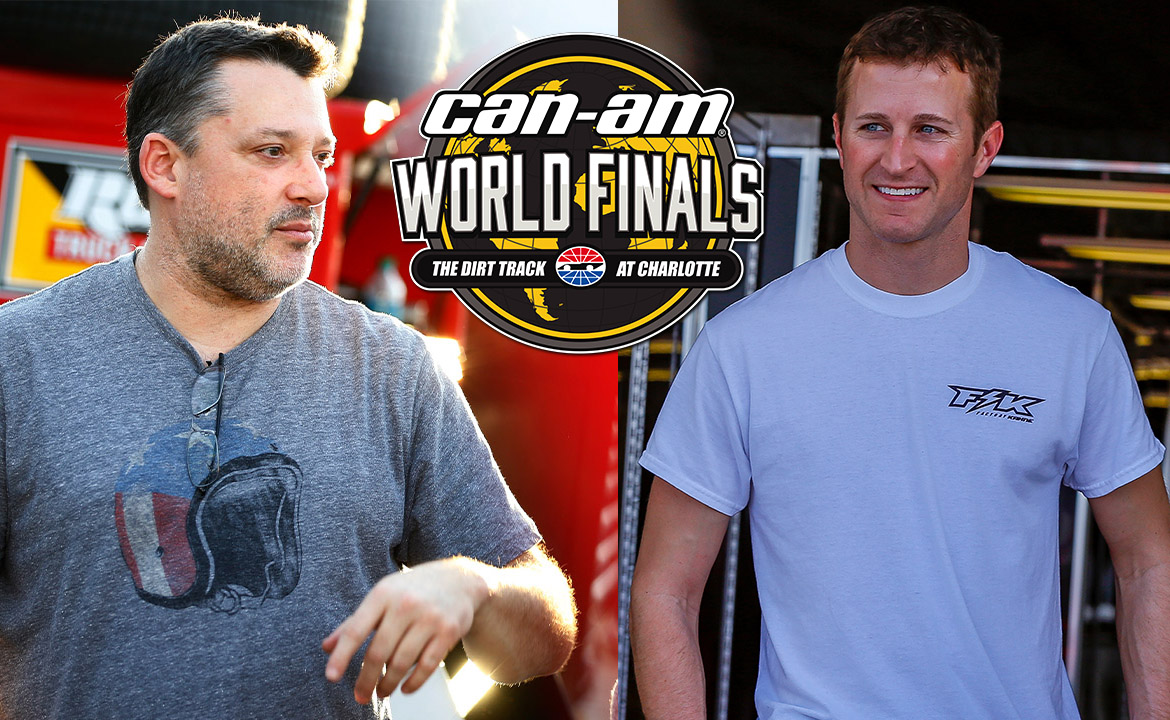 “It’s fun to watch the guys, the effort they put in this year,” Kahne said. “Not just this year, all of them have put in over the years. Especially Brad, as long as he’s been at KKR; see where he’s at and what he’s doing. It’s pretty awesome.”

Kahne won his first World of Outlaws championship as an owner in 2013 when Daryn Pittman edged Schatz for the title.

Eight of Stewart’s World of Outlaws championships as an owner have come with Schatz – including five in-a-row from 2014 to 2018. His first came in 2001 with Danny Lasoski.

“Whether it’s the 10th championship or your first one, every one of them is special,” Stewart said. “You’re racing against the best winged Sprint Car drivers and teams in the world. To win one is special and to win ten – and have the ability to get to that landmark – that’s a huge accomplishment and something that means the world to not only me as a car owner but to the entire organization.”

KKR and TSR have been the most dominant and consistent teams this year. Sweet has won 16 races – breaking his record of winning at most nine races in a year – and Schatz has won 11 races, so far. Both have finished outside the top-10 only seven times in 70 races and have collected more than 40 top-five finishes – Sweet, 45, and Schatz, 46.

While funding is a big factor to every team’s success, Stewart said it’s not the key to his team’s accomplishments.

“I think some have attributed our (TSR) and even Kasey Kahne Racing’s success to an extent in that we outspend everyone and that’s not at all the case,” Stewart said. “We’re (TSR) probably as frugal with our money if not even more so than some of the teams we race against. The biggest contributor to having success is actually people you have in place. From the people that you have working on the car to those in the office, they’re what make the difference.

“You’ve got four guys that show up every race, the three that work on the car and the driver. Not only do they have to work together and get along for over 90 nights a year, but they have the results. It really comes down to having quality people that work well together.”

Schatz is working with new crew chief, Steve “Scuba” Swenson, this year, however Swenson is not new to the team. He joined TSR in 2007 and has been on Schatz’s team during his last six championships.

Sweet is in his second year of working with crew chief Eric Prutzman, who used to work as a mechanic for TSR. Prutzman won four championships with Schatz during his time on the team. Prutzman and Sweet won nine races, including the Knoxville Nationals, in their first year together in 2018 and continue to grow the team.

“We’re just always building,” Kahne said. “I feel like where we’re at today, a lot of that stuff is just from the people, the group that we have. It’s as good of a group that we’ve ever had, as far as the way everybody works together. I think over the years Brad’s learned so much what he needs and is looking for and things like that. So, what him and Eric have built there has helped the 9 car, as well. And the things that we learned with James (McFadden) I think helped those guys a little bit, as well. I think overall, it’s a strong two car team group of guys that are enjoying working together.”

Kahne added there are several factors that need to go right for Sweet and his team to have the kind of year they’re having.

“It seems like to have the kind of year the 49 is having, that’s engine, that’s car, that’s shocks, that’s people, that’s preparation,” Kahne said. “Getting up and down the road, truck and trailer. It’s everything. You can’t really have a whole lot of hiccups if you’re going to pull that off. That’s where they’re at this year. They’re doing a great job.”

Schatz isn’t having his usual season of winning more than 20 races and having the championship locked up by now, but Stewart said there’s no advice he needs to give Schatz or the team. He’s seen their determination to win grow with every race.

“Donny is a smart guy; he knows what it takes to get the job done,” Stewart said. “It hasn’t been the season they’ve wanted by any means, but his mindset now is the same as it’s been ten times before. Watching him get down to the end of the season and race for a championship, this isn’t new to him. When you’ve won one championship, they tend to come easier after that – at least psychologically. From that standpoint, I don’t have to tell him anything. He knows what to do and where he needs to be to accomplish the goal.”

Stewart and Kahne acknowledged the feeling of going for a championship as an owner rather than a driver is different, but the pride of winning is just as strong.

“Considering I’ve never won a winged Sprint Car championship as a driver, winning as an owner is huge,” Stewart said. “We’ve been lucky enough to win several owner and driver championships. I think when you win as a driver, your initial feeling is one of pride for yourself and your crew. But when you’re winning as an owner, I think you feel proud because of the people that you have and everyone that’s involved in making that happen and you see it from a bigger picture standpoint.”

As a driver, Kahne said you feel like you’re a part of the team more because you’re working with them, helping make decisions throughout the night and, obviously, driving the car. As an owner, he said he tries to give the team everything they need and let them run with it.

“It’s definitely a little different feeling, but for me when Daryn (Pittman) won the championship it was really great for KKR,” Kahne said. “If Brad and the guys can pull it off it would be another championship for KKR, which would be awesome. We have a lot of people that put a lot into it for a long time. To get another one would be great.”

The World of Outlaws NOS Energy Drink Sprint Car Series on Nov. 7-9 will be at The Dirt Track at Charlotte for the season ending Can-Am World Finals. Get tickets and more information.