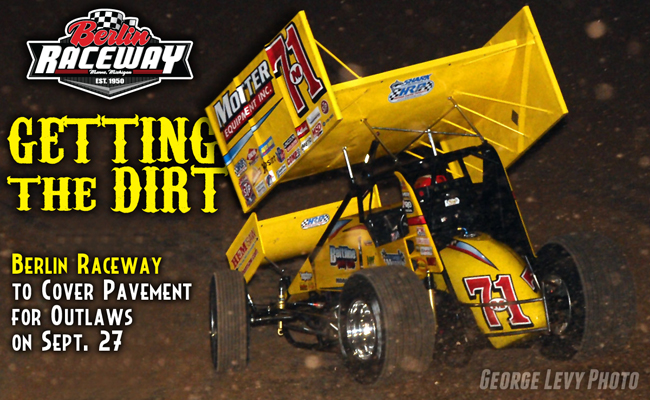 It marks the first time “The Greatest Show on Dirt” will race at Berlin, a semi-banked asphalt oval near Grand Rapids, Mich., that will be covered in dirt for a series of special events this fall, including the World of Outlaws Late Model Series’ Keyser Manufacturing Down & Dirty Weekend on Sept. 12-13. The World of Outlaws STP Sprint Cars will take their shot at the storied venue two weeks later.

“The World of Outlaws STP Sprint Cars is something that the fans have wanted to see here ever since the World of Outlaw Late Model Series race was announced two years ago,” stated Mike Bursley, Promoter of Berlin Raceway.

The World of Outlaws STP Sprint Car Series event has yet to be named, and Bursley is enlisting the fans’ help to give it an identity.

“This is such a special event we want our fans to have a direct impact by letting them help choose the name for the event,” Bursley said. Details on the event-naming process will be announced soon. “We received many excellent submissions for the Late Model race in 2012; we are excited to see what the fans will come up with this year.”