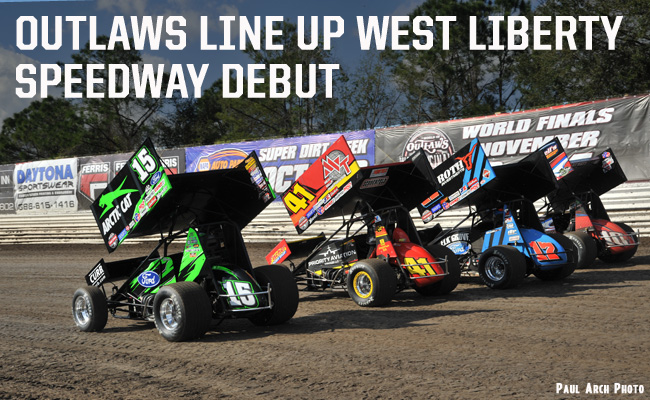 Donny Schatz, the eight-time and defending series champion, who picked up a pair of wins in the state of Iowa last year, already has a win in Iowa this year at the famed Knoxville Raceway. Schatz is also a past winner in Iowa as well at the Clay County Fair Speedway and 34 Raceway.

Joey Saldana, who is just one win away from 100 in his career with the World of Outlaws Craftsman Sprint Car Series, has two wins in the Hawkeye State with the series over the years. He was victorious in an event at Knoxville in 2006 and also took the checkered flag at 34 Raceway in 2009.

Shane Stewart has a pair of World of Outlaws Craftsman Sprint Car Series wins in Iowa in his career. He was victorious at Knoxville Raceway in 2008 and returned to the winners circle in Iowa in 2015 at Crawford County Speedway.

Jason Johnson scored the biggest win of his career last year in the Hawkeye State, capturing the $150,000-to-win Knoxville Nationals. Brad Sweet, who recently won at Knoxville, has two wins in the state of Iowa in his career, with both coming at that historic half-mile.

A full racing program is on tap at West Liberty Raceway on Friday, June 23, beginning with hot laps, followed by time trials, heat races, a dash, Last Chance Showdown and 25-lap main event, which will pay $10,000 to the winner. Joining the World of Outlaws Craftsman Sprint Car Series will be the IMCA Modifieds.

Tickets for the inaugural West Liberty Hawkeye 25, featuring the World of Outlaws Craftsman Sprint Car Series inaugural at West Liberty Raceway in Iowa on Friday, June 23 can purchased online or by calling: 815-344-2023 and at the track on race day.