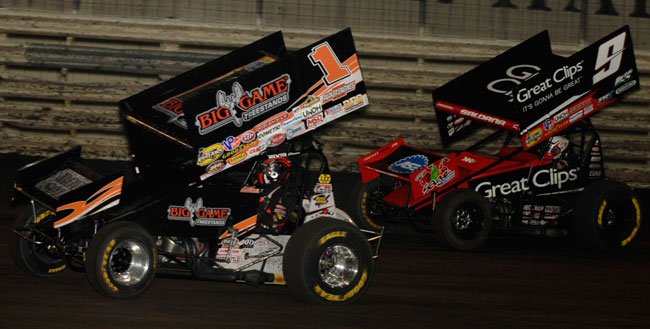 World of Outlaws Return to Lincoln Speedway for The Gettysburg Clash

The series heads back to the semi-banked, 3/8-mile track for the first time since 1998

ABBOTTSTOWN, Pa. — May 2, 2012 — The anticipation has been building for more than a decade.

After a 14-year absence, the World of Outlaws’ return to Lincoln Speedway is only a week away. The series kicks off competition against Pennsylvania Posse at the semi-banked, 3/8-mile oval on Wednesday, May 9, for The Gettysburg Clash.

“It’s been quite a while,” Outlaws championship leader Sammy Swindell said. “I don’t really remember the last time I was there.”

The World of Outlaws last raced at Lincoln Speedway in 1998, when Posse legend Fred Rahmer claimed the top prize – one of his all-time track best 166 victories.

“We ran there quite a bit in the ‘70s, ‘80s and ‘90s,” Swindell said. “It might be different now. I remember the backstretch was higher than the corners it seemed like. It was a unique place. I know I’ve won there and run good there. A lot of things can change over that many years.”

Those are the only two full-time drivers on the series this season with an Outlaws win at Lincoln Speedway. However, a handful of drivers on the current roster have competed there.

“There’s a lot of competition and you’ve definitely got to be on your game,” said Joey Saldana, who is third in the current Outlaws standings. “It’s a tough area to go into to race. You definitely have to go with the attitude that you belong there and are going to run up front.”