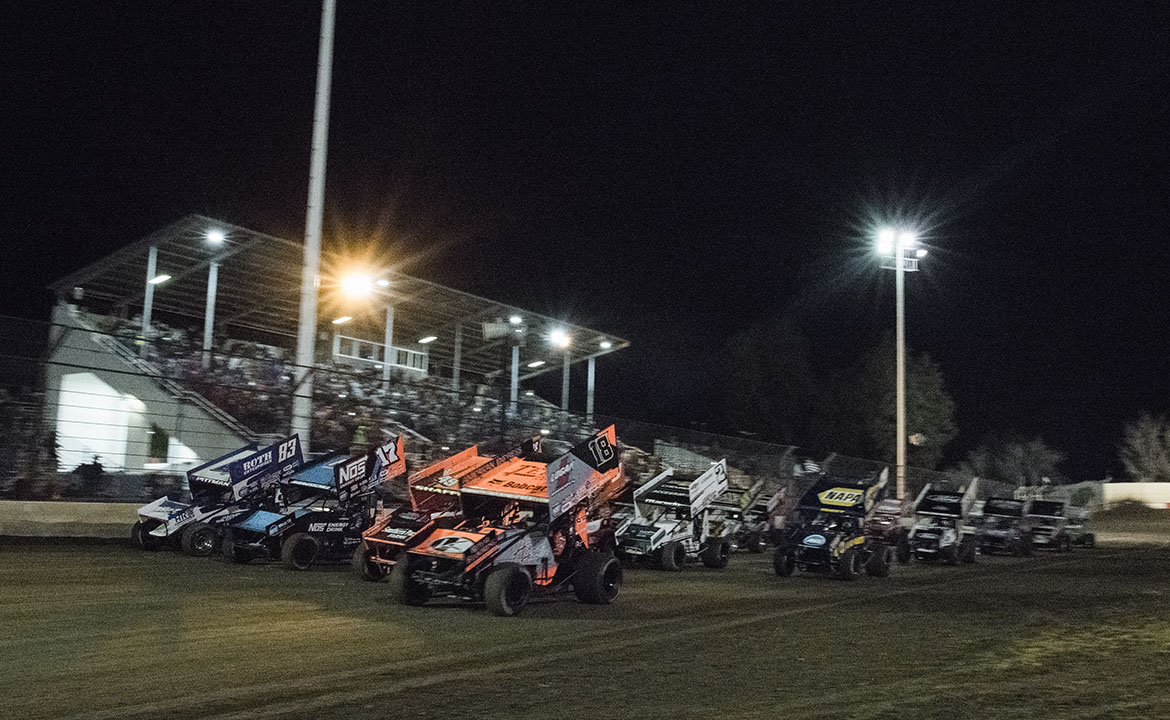 CONCORD, NC – The World of Outlaws NOS® Energy Drink Sprint Car Series on Friday March 29 will return to Keller Auto Speedway at Kings Fairgrounds in Hanford, CA for the first time since the 2017 season.

Series stars put on a spectacular show the last time they raced on the 3/8-oval track, demonstrating to fans why the World of Outlaws is The Greatest Show on Dirt.

The 2017 race was Australian Ian Madsen’s to lose. He led the majority of the race and in the closing laps looked to be in route to victory. But from the 19th starting position, Pennsylvania-native Logan Schuchart methodically hunted the lead in his Shark Racing car. By lap 34 of the 35-lap feature, Schuchart was able speed by Madsen to claim his first win of the season.

With one top-10, so far, this season, Schuchart will be hungry for another win at the California track. The only issue is he has to compete with a hoard of other drivers with the same hunger.

Last year’s runner-up in Series points, and Grass Valley, CA-native, Brad Sweet has yet to win at Keller Auto Speedway, however he is already on pace for another strong season with two top-five finishes in the two season opening races in Florida.

His early success has left him currently tied for third in points with 10-time Series Champion Donny Schatz. However, NASCAR star Christopher Bell, who sits second in points, is only running a handful of Sprint Car races this year.

Leading everybody is Daryn Pittman, the 2019 DIRTcar Nationals champion who has been hooked up in his new Roth Motorsports ride. Pittman started the year by winning the two season-opening races, but he’s never won a World of Outlaws race at Keller Auto Speedway and will no doubt be amped up to repeat his early success for California car owners Dennis and Teresa Roth.

Schatz found victory once at the Hanford, CA speedway in 2013, trading the lead with Tim Kaeding and Chad Kemenah throughout the race. He is poised to be a threat, yet again, also starting off the season strong with two top-five finishes.

Carson Macedo, a native of Lemoore, CA, is looking for his first World of Outlaws victory since winning at Silver Dollar Speedway in 2014. Macedo joins forces with Kyle Larson Racing this season to make a run at the Kevin Gobrecht Rookie of the Year title. Macedo has had an impressive start to the season with two top-10 finishes and two Heat wins. And while he has never won at Keller Auto Speedway, his crew chief, Joe Gaerte, did once in 1989 as a driver.

Don’t miss a second of the action at Keller Auto Speedway, get your tickets by going to WorldofOutlaws.com/tix or call 844-DIRT-TIX. If you can’t make it to the track, be sure to watch the race LIVE on DIRTVISION.com.

Following the Series’ visit to Keller Auto Speedway, The Greatest Show on Dirt will make its next stop Saturday March 30 at Perris Auto Speedway in Perris, CA.