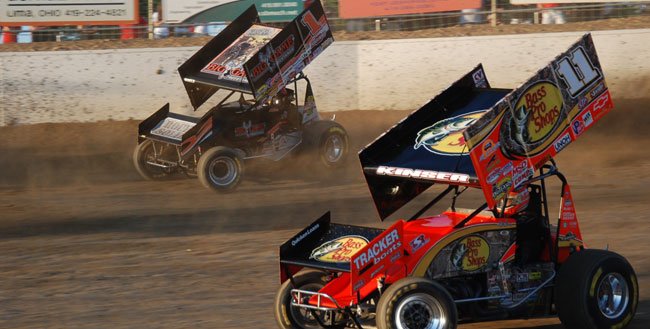 It’s quickly become a signature event on the World of Outlaws Sprint Car Series because of the fast-paced, action-packed racing at the high-banked, third-mile Federated Auto Parts Raceway at I-55.

“It’s always a big action track,” said Sammy Swindell, who has won at the track three times. “There’s usually a lot of cars running close together. It’s small enough that you never really get away from people, so it’s a tough race. If you’re not racing with somebody, you’re in traffic with somebody. You’ve got to be on your toes the whole time there.”

This year’s Federated Auto Parts Ironman 55 presented by Summit Distributing/Coors Light is set for Saturday, Aug. 4. The 55 feature laps are the most of any event on the World of Outlaws this season.

Saldana and Swindell are two of the seven drivers in the top eight of the current championship standings who have claimed a victory at the track. Craig Dollansky has three wins, including last season’s race. Donny Schatz won in 2006, while Kraig Kinser and Chad Kemenah were each victorious in 2005. Current championship points leader Steve Kinser has four victories at the track.

Tickets for the Federated Auto Parts Ironman 55 presented by Summit Distributing/Coors Light can be ordered online by clicking WorldofOutlaws.com/tickets or by calling 877-395-8606.