Nodak Back on Track 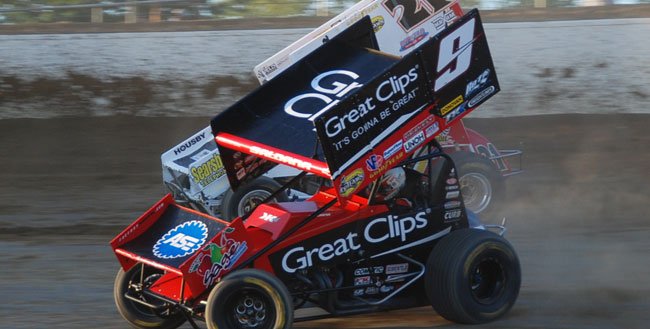 Nodak Speedway to Host World of Outlaws on Sunday, Aug. 19

MINOT, N.D. — July 26, 2012 — The Outlaws are headed back to Nodak Speedway a year after a flood eliminated the World of Outlaws Sprint Car Series event.

The high-banked, 3/8-mile oval hosts its seventh career event on Sunday, Aug. 19, in the Magic City Showdown Presented by Gerdau, Sleep Inn & Suites, Minot Visitors Bureau and Magic City Implement. A different winner has emerged in each of the previous half-dozen races.

“That’s a nice facility,” said Craig Dollansky, who won the finale of a doubleheader in 2010. “It’s a good race track. Any time we get in the Dakotas, I enjoy it. We get fans coming from Canada, North Dakota, Minnesota, South Dakota, so it’s a great, fun area to go racing.”

Terry McCarl claimed the inaugural race in 2006 with Daryn Pittman, Jason Myers and Danny Lasoski winning the ensuing years before Joey Saldana picked up the opening round in 2010.

“It’s definitely been a good race track for us,” Saldana said. “That’s another track that they love for the World of Outlaws to come into town and they always seem to support what we’re doing.”

Pit/Combo tickets are available in advance only (includes a reserved seat and a pit pass) by ordering online at SLSpromotions.com or by calling 815-344-2023 between the hours of 8 a.m. and 5 p.m. (Central) Monday thru Friday. Tickets are also available from the Nodak Race Club.