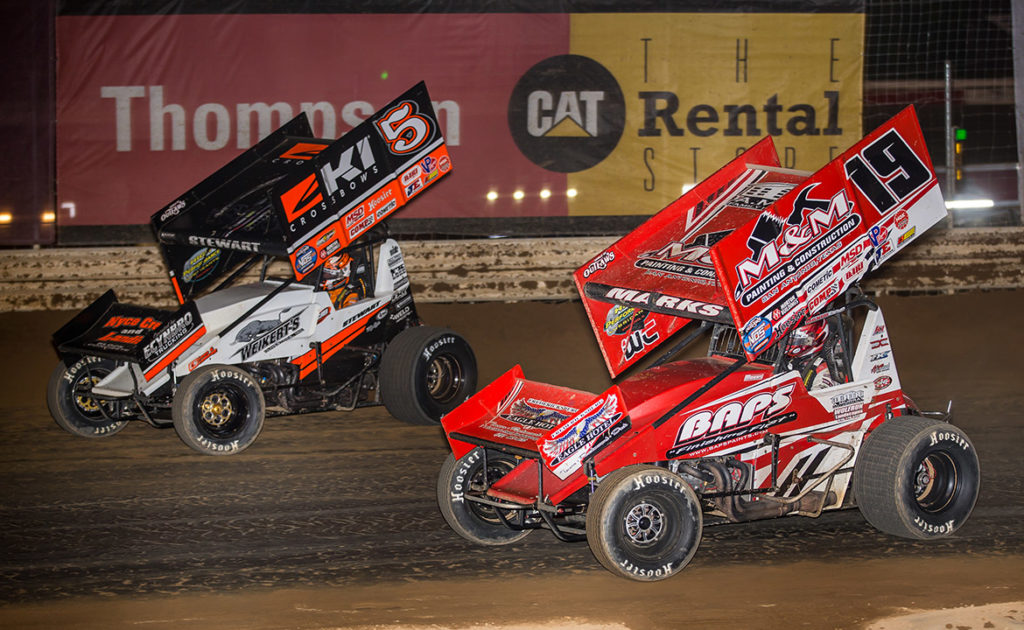 Brent Marks and CJB Motorsports will debut a new look when they arrive in Florida for the Feb. 7-9 season opening DIRTcar Nationals, and they’ll do it together.

Marks, of Myerstown, Pa., has been hired to drive for the Pennsylvania-based team in 2020, starting at Volusia Speedway Park.

“They’ve always had a really fast race car there (at Volusia),” Marks said. “Another thing is I have a lot of confidence going into that team. They have a lot of speed. I feel like I race really well. With that combination we can be successful. I’m excited.”

This year, during the event, CJB won an All Star Circuit of Champions event at the half-mile Volusia Speedway Park with Shane Stewart and then went on to finish second in the first World of Outlaws race of the season at the track with him.

After picking up one win with Stewart at Nashville Fairgrounds Speedway in 2019, the team parted ways with the Oklahoma driver at the end of the year. When searching for a replacement, the phone call went out to Marks – who won the prestigious National Open at Williams Grove Speedway this year.

“I was really excited,” said Marks about getting the call to drive the No. 5 car. “It all came about here last week. It was really kind of a surprise to me, but I’m thrilled. It’s a really cool opportunity. It’s a great opportunity, being able to concentrate more as a driver and put 100% of my focus into it and into CJB Motorsports. Just super pumped up about it.”

He spent the last three years fielding his own full-time World of Outlaws NOS Energy Drink Sprint Car Series team, taking care of the bills, getting his hauler around the country, building his own cars and racing them for more than 80 races a year. Consumed with the logistics of owning a team, Marks said he wasn’t able to focus like he needed to.

Now, his main responsibility is to show up to the racetrack and drive.

“It’s a great move for me,” Marks said. “Takes a lot of pressure off me. I can focus that pressure on performing.”

At 28 years old, Marks said he feels like he’s in good shape, but could be better. More free time in the off season will allow him to focus on doing that.

“It was always difficult for me to take care of myself like I needed to and also there will be stress taken off of me, too,” Marks said. “Stress plays a role in your physical appearance and stuff like that. I just want to get myself in great shape again. I feel like I’m in pretty good shape, but I want to get myself in great shape and be 100% for those guys. I’ll get to do that a little bit more.”

While Marks no longer has the responsibility to spend his days in a race shop from sunrise until sunset, that won’t keep him away from the CJB shop, especially with it being less than an hour away from where he lives. He said he’s not the kind of person that can drop everything and do nothing. He has to stay busy.

Being in the shop will allow him to work hand and hand with Crew Chief Barry Jackson and the rest of the crew. Instead of trying to build their program over the phone, he can be with the team in person.

Marks has earned four World of Outlaws wins in his career since entering the Series full-time in 2017. He’ll run a part-time World of Outlaws schedule in 2020, mixed with various other races throughout the year. He said he believes being paired with CJB Motorsports will result in strong performances and wins.

“You don’t get opportunities like these in the sport anymore,” Marks said. “And it’s just a really good deal. I’m excited and honored to drive for the Clements family and to work with Barry Jackson. He’s a really smart guy. We’re going to have a lot of success together.” 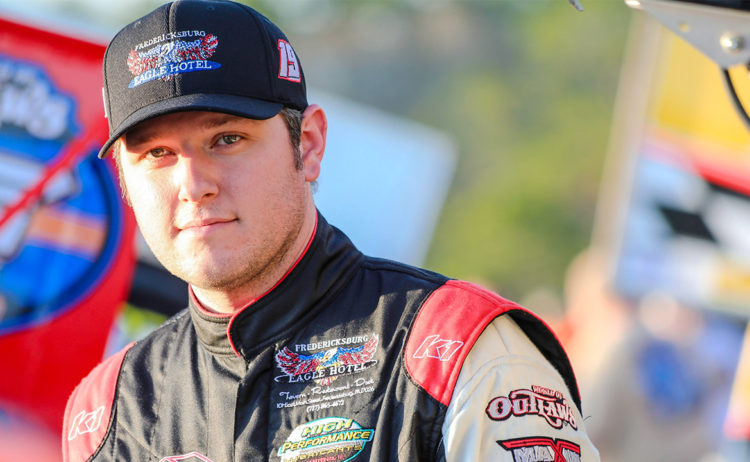