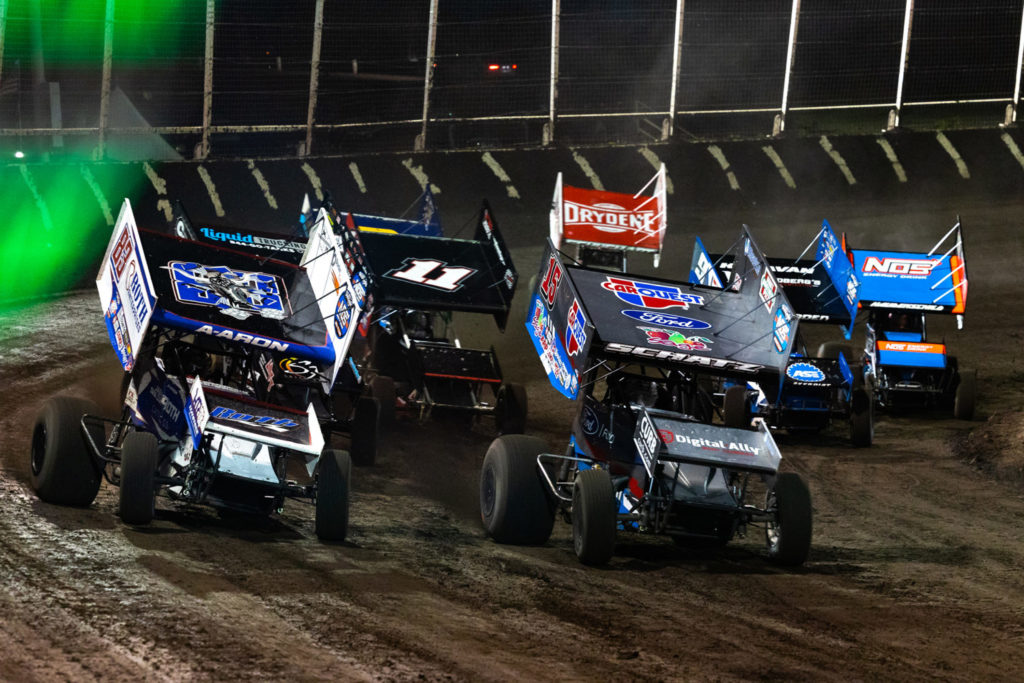 The much-anticipated inaugural running of the High Bank Nationals at Huset’s Speedway is ready to roar into the spotlight next week. A capacity crowd is expected to attend the state-of-the-art facility in Brandon, SD (BUY TICKETS HERE) with thousands more dialing up DIRTVision.com to watch the debut event from home.

Originally scheduled to host three straight nights of racing, the slate has grown with a June 5 postponement adding a standard World of Outlaws NOS Energy Drink Sprint Car Series show to the week on Wednesday, June 22. From there, the stakes only go higher and higher as a nearly half-million-dollar purse is paid out through preliminary programs on Thursday & Friday, June 23-24 before the first six-figure payday of the year comes on Saturday, June 25.

Of course, with a special event comes a special format. Similar to the AGCO Jackson Nationals (August 18-20), the High Bank Nationals at Huset’s will force racers to battle for accumulative points every single time they hit the track through Thursday and Friday prelims.

All drivers will compete in two preliminary shows (Thursday & Friday) with My Place Hotels Qualifying, NOS Energy Drink Heat Races, a C-Main (if needed), Micro-Lite Last Chance Showdown, and a NOS Energy Drink Feature on the card both nights. Wednesday’s race at Huset’s is a postponed standard show, and thus has no impact on the High Bank Nationals.

Among the biggest difference, these preliminary nights will include a six-car inversion to line up Heat Races instead of the standard straight-up format used regularly with the World of Outlaws. More importantly, drivers will be competing for valuable points every single time they hit the racing surface. Qualifying, Heat Races, and the Features all offer up crucial points which will carry over to Saturday’s finale.

The top four in accumulative points from Thursday and Friday will lock-in to the King of the Hill with all others splitting into four Qualifiers based on points. The Qualifier winners will join the locked-in drivers in the King of the Hill, a unique race against the clock.

A time-trial-based event, the King of the Hill puts two cars on the track for two laps with the fastest time moving to the next round. It starts with the four Qualifier winners and carries over to the locked-in drivers with the final round being a battle for the pole position of the $100,000-to-win Feature.

The fully detailed format, including the point table, can be found below…

*First non-transfer in C-Main receives three less points than last in LCS, then three-point drop-off to the end.
*Ties in pointed are broken by 1) higher AVG Feature finish; 2) Higher AVG Qualifying spot
*Any driver/car using a Feature provisional will receive points for position finished in C-Main or LCS