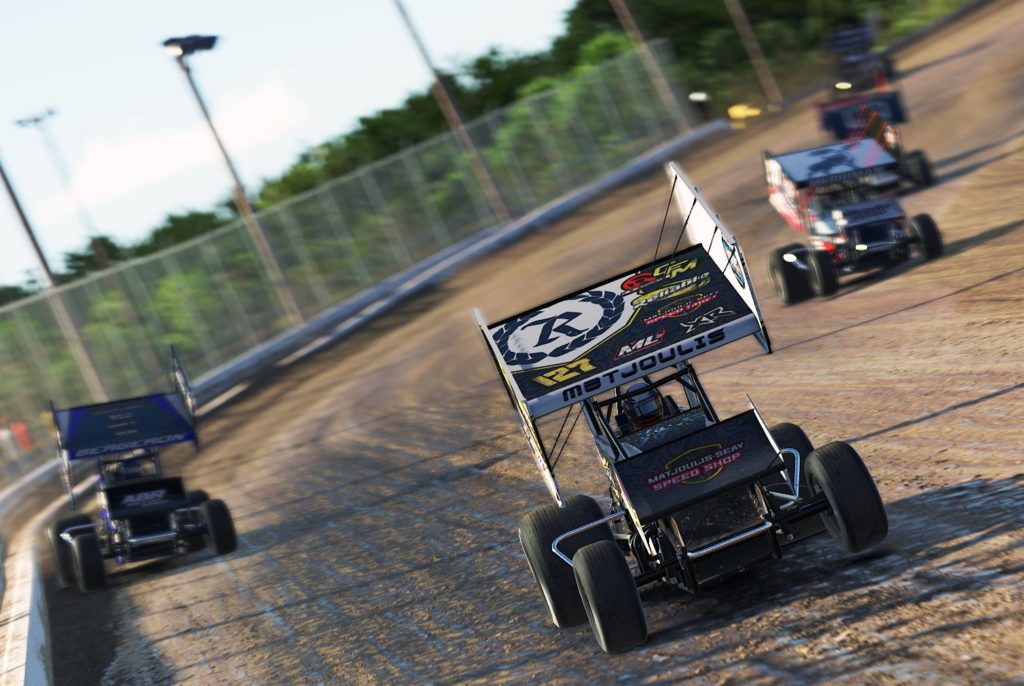 Blake Matjoulis isn’t the first driver in iRacing World of Outlaws NOS Energy Drink Sprint Car Series history to cross over from the late model side of the sport, but if his run at Volusia Speedway Park on Monday night is any indication, he may soon call himself among the most successful.

The former Late Model champion made his debut on the winged side of things with Monday’s opener and made a massive statement to the field. The only driver to break the 13-second barrier in qualifying, Matjoulis first won his heat before leading every lap of the 35-lap feature, holding off pressure from big names like three-time defending series champion Alex Bergeron in the process. Past series race winner Cameron Merriman completed the podium.

All three of those drivers were joined by Kendal Tucker as Monday’s heat winners, while Mason Hannagan and Aiden Bierlein took the last chance qualifiers that completed the 20-car grid. Three cautions slowed the feature, the last of which set up a final shootout with 10 laps to go.

But even with the most successful driver in series history among those breathing down his neck on the restart, Matjoulis drove undeterred by the pressure. Bergeron also had his hands full attempting to defend second place from Tucker, as most of the drivers in the top five would shuffle among completely different lines—Bergeron high, Tucker and later Merriman low, Matjoulis running slider lines to quell their momentum. In the end, he’d extend the lead to .392 seconds at the finish, staying off the wall and mistake free as others pushed their limits.

iRacing World of Outlaws NOS Energy Drink Sprint Car Series points through one round are as follows:

For more information on iRacing and for special offers, visit www.iracing.com, or click here to take advantage of iRacing’s 2021 Black Friday deals.