LEARNING CURVE: Mason Daniel hoping to make most of knowledge learned in 2020 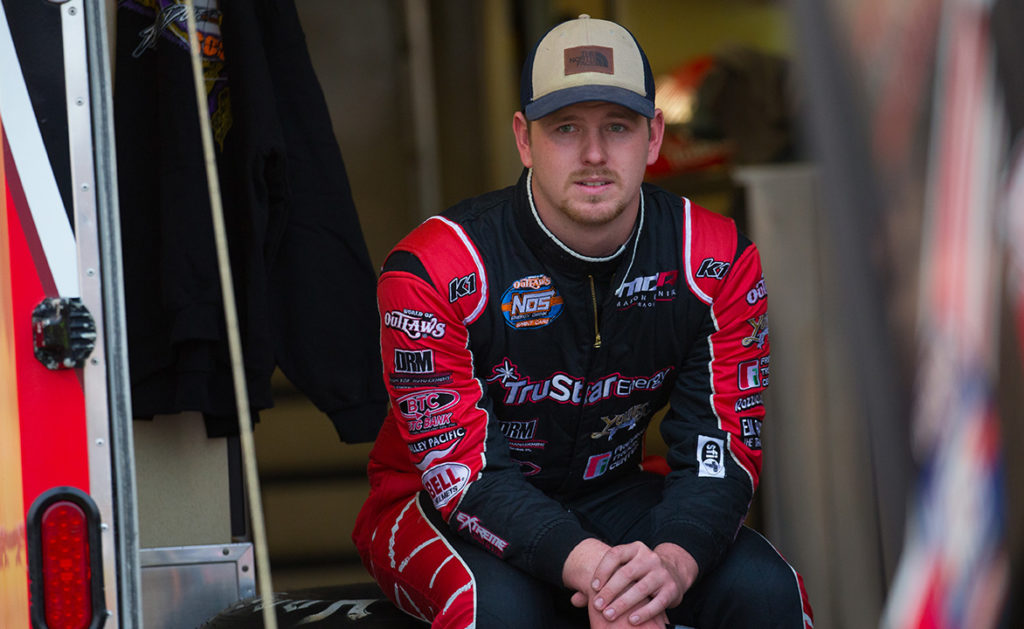 At the beginning of his rookie season last year, Daniel – 19 years old at the time – had only a handful of 410 Sprint Car starts and had yet to run a full tour with mentor and crew chief Danny Lasoski. Now, he knows what he’s gotten himself into.

“When you step up and run with the Outlaws, they’re just the best,” Daniel said. “They’ve been doing it longer than I’ve been alive. It’s just getting up to their speed and earning their respect on the track, being a clean driver. Racing hard and racing clean. I think that’s something I had to get used to; how hard they race each other and how good they are compared to other series. It was a big learning curve. We took our losses, but we’re looking forward to 2021.”

In 54 races, Daniel made 24 Features last year and earned a career-best finish of 11th at Lawton Speedway in September. It wasn’t until about halfway through the season that he began to feel comfortable.

The team made the switch to Eagle Chassis – a chassis Lasoski has had a long history with and a lot of success in – and hit upon adjustments with it that gave Daniel confidence in his cars.

(RELATED: AHEAD OF ITS TIME: THE CAR THAT PUSHED THE LIMITS FOR LASOSKI, SPRINT CAR RACING)

“We found some other stuff that me and Danny found that I like, set up wise, that we’ll hopefully start off the bat with and be competitive,” Daniel said.

“We got rid of everything else that we started the beginning of the season with. This year, we’re starting with how we ended last season.”

The 2021 season will kick off with three days of racing, Feb. 5-7, at Volusia Speedway Park during the 50th DIRTcar Nationals. Daniel made two of the three events at Volusia last year. He finished 15th and 23rd, respectively. However, he has one of the best mentors he can ask for when it comes to learning the tips and tricks of the half-mile speedway.

Lasoski, the 2001 World of Outlaws champion, has 19 wins overall at Volusia – three of them with the Outlaws.

“That place just fit me for some reason,” Lasoski said. “Even when it was locked down it was really good and when it slicked off you had to be really technical. It’s probably one of my favorite three tracks in America.”

Drivers such as Sheldon Haudenschild, Jason Sides and Daryn Pittman helped Daniel throughout his rookie season, he said. But the driver he leaned on the most was always Lasoski. The World of Outlaw champ comes with years of experience and a career of 122 victories – many of which came at tracks still on the current World of Outlaws schedule.

Having that knowledge to pull from at any time gave Daniel confidence going into tracks he never visited, which were the majority of them on the schedule last year. This year, that level of confidence shifts into a new gear. He has the laps and has an idea of what to expect.

With that confidence and growing chemistry with Lasoski, Daniel is hoping for a more competitive season.

For tickets to the 50th DIRTcar Nationals at Volusia Speedway Park, click here.