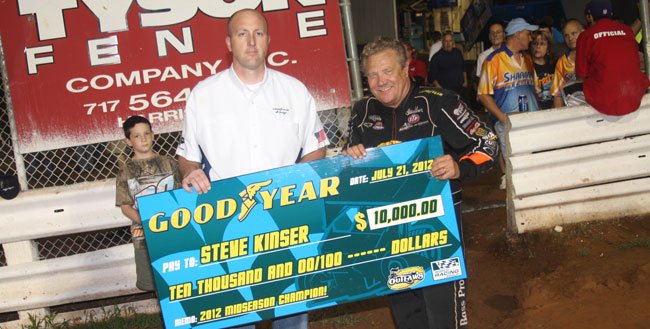 MECHANICSBURG, Pa. — July 21, 2012 — Steve Kinser was presented with a $10,000 bonus as part of the Goodyear midseason points fund for leading halfway through the World of Outlaws Sprint Car Series season.

Kinser received the honor in front of a packed crowd Saturday at the Summer Nationals at Williams Grove Speedway – the first race since the midpoint of the season.

“At least it means you’re up there in the points battled and there’s no better place to be than leading the thing,” he said. “That little extra money doesn’t hurt anything, I can tell you that.”